The dilemma of staying on WhatsApp: what do you give up to talk to the people you care about? 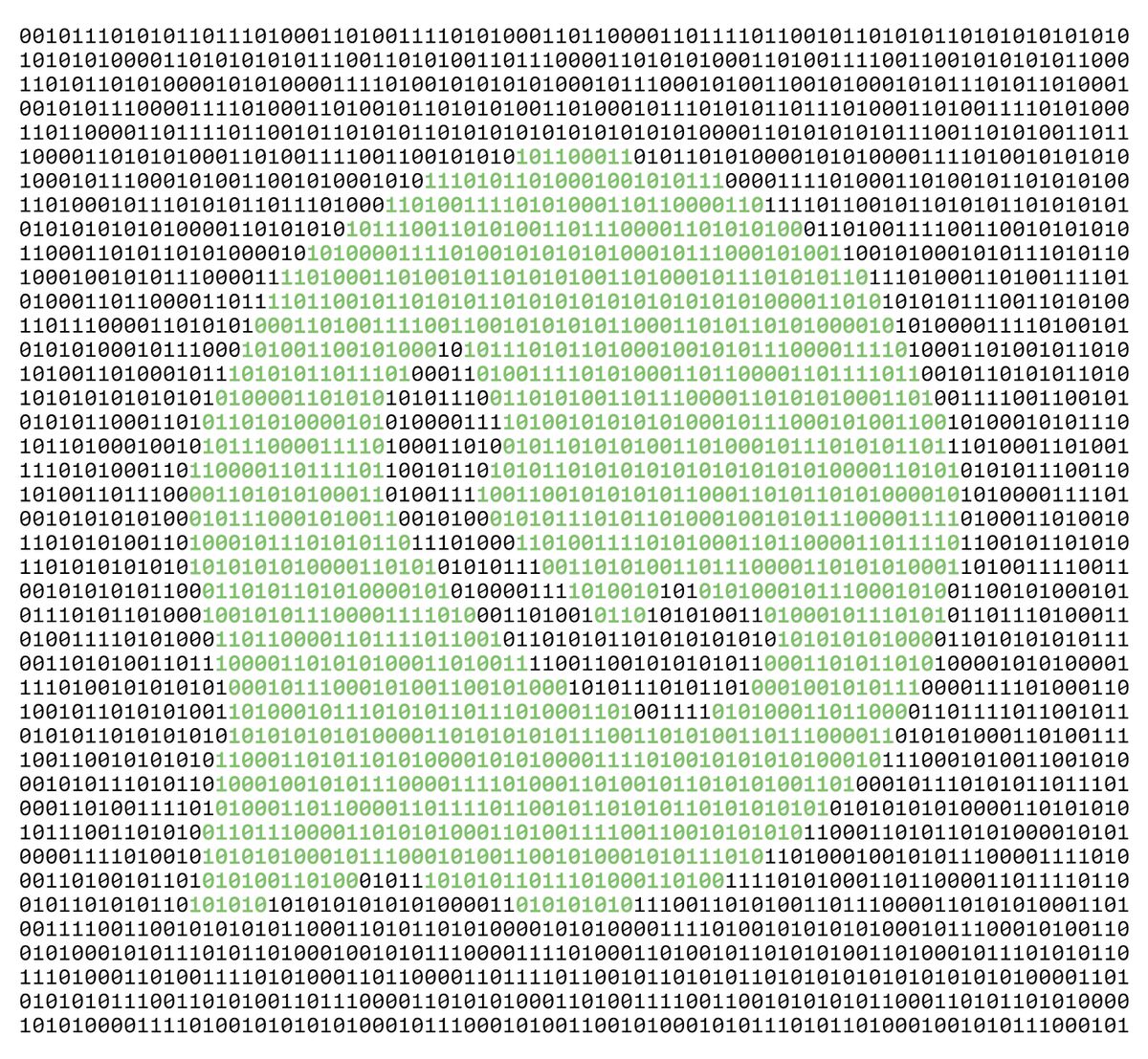 Changes in WhatsApp occur slowly and underground, like earthquakes. They are rehearsed in silence, they are gestated for months without making much noise. But from time to time news surfacing, forming small earthquakes. The most intense shook our screens in January 2021. It was then that WhatsApp announced a change in its privacy policy whereby it would share data with Facebook, its parent company. He communicated it with a message that sounded ambiguous and confused. He thought that the average user would perpetuate the most common habit of the internet: assuring (without having done so) that he had read the terms of use and that he agreed with them. It was not so. Many users migrated to messaging systems such as Signal or Telegram, others spread hoaxes through their WhatsApp chats, exaggerating the company’s intentions. The cacophony made the message incomprehensible and the company was forced to postpone, first, and later qualify its decision. The movements, however, continued under the surface.

“Facebook has a clear goal, to become an app for everything,” Renata Ávila, an associate professor at Stanford, an expert in privacy and technology, says by phone. That is why it has tried to be the new Tinder, the new Twitch, the new PlayStation, the new Bizum … That is why it has been announcing for a long time that it wants to integrate all its products on a single platform, or at least make them more porous. This is what is called interoperability, something that experts like Ávila have been demanding for years to facilitate the entry of small players in the market and that you can, for example, write to a WhatsApp user from your Signal account just as you can send text messages to another user regardless of their operator. Facebook is finally putting it into practice, but only inwardly, with companies in its group. Ávila believes that this practice brings the corporation closer to the Chinese model of Wechat, an application that controls every aspect of its users’ lives. But the authorities in America and (especially) in Europe are fighting. In 2014, Facebook bought WhatsApp for $ 16 billion. During the acquisition process, in order to receive permissions from the European Commission, it assured that it was not possible to integrate the profiles of users who had an account on WhatsApp and Facebook in a reliable way. However, once the operation was completed, it announced that it would begin to do so. And for this reason, the EU fined Facebook in 2017 with 110 million euros. Since 2018, the General Data Protection Regulation (GDPR) prevents Facebook from sharing WhatsApp data with its other companies for its own interest. It is therefore assumed that in Europe we are safe in this regard.

Another factor can deter Facebook from making any sudden moves in this area: awareness. Today the public is much more aware of privacy issues, Ávila points out. What happened after the WhatsApp announcement was an example. Social pressure forced Facebook to soften its message. “We have spent the last few months providing more information about our update to users,” underlines a WhatsApp spokesperson. “In that time, most of the people who have received it have accepted the update and WhatsApp continues to grow. However, for those who have not yet had the opportunity to do so, we want to clarify that their accounts will not be deleted or lose functionality ”.

In short: the platform made a pulse; tried to get conditions to be accepted; Faced with the social response, he backed off, and now WhatsApp can continue to be used without our accepting the conditions it intended to impose (although many users have already had to accept them).

WhatsApp has more users than there are inhabitants in China, 2,000 million people. But you are faced with the challenge of how to make money with, say, the chat where you share memes with your cousins, in which there is no open wall for ads. Zuckerberg’s plan of action seems to be to attract as many users as possible. Then invite companies to mingle with them. “It happened with Facebook and it will happen with WhatsApp,” predicts Diego Naranjo, political advisor to the European Digital Rights think tank.

The second earthquake occurred in early June. The epicenter was the annual WhatsApp developer event. Ajit Varma, Head of Business Solutions, confirmed what many were hinting for months ago: the messaging application aims to become a customer service platform. “The idea is that if you buy a t-shirt through Facebook, a link to a WhatsApp chat with the seller appears,” Naranjo explains. The application revolutionized the way we communicate with each other 10 years ago. Now he wants to change the way we communicate with companies.

On Facebook we share what we want the world to know (and which, incidentally, reaches advertisers). In WhatsApp we exchange confidences and photos that we would never publish openly. “It’s as if social networks were the street, where it is understood that what you do and say can be seen by many people, and messaging applications were your home,” says Naranjo. On WhatsApp, like at home, we value our privacy. Therefore, in 2016, the application implemented an end-to-end encryption system, with which only the sender and receiver of the message can read its content. What you put on Instagram would be like a postcard: a face shows the idealized version of your life; the other, your data. What you send by WhatsApp, on the contrary, is like a letter. End-to-end encryption is a glue that is supposed to keep it from breaking open on the way.

But there is valuable information beyond the content of the message, in the metadata: who talks to whom, when, where, from what phone, clarifies Harry Halpin, professor at the Massachusetts Institute of Technology, director of Nym, a data protection company , and author of Social Semantics: The Search for Meaning on the Web (Social semantics: the search for meaning on the web). This metadata helps to create a fairly accurate profile of the user, stresses Halpin, critic of Zuckerberg: “Almost 3 billion people use Facebook and 2 billion use WhatsApp. [otros mil millones, Instagram]. At least a quarter of conscious human life is under surveillance by you. It is historically unheard of. And it gives unimaginable powers to try to monitor, manipulate and control ”.

Philip Nickel, a researcher at the Center for Ethics and Technology, advocates rethinking our relationship with all kinds of messaging apps. “If you convey your personal relationships in a mass communication tool, the interaction will be less intimate and, from my point of view, less real,” he says. It does not only refer to the evident lack of physical contact: it is usually spoken in short messages and in groups, there is less incentive to ask someone how they are, how their day has gone. The problem, he concludes, has not so much to do with the tool itself, but with how we use it.

WhatsApp earthquakes produce aftershocks elsewhere. In the last year, Signal has grown exponentially, although the foundation (Signal is not for profit) does not give exact data. For Meredith Whittake, a member of the Signal Foundation, a researcher at New York University and co-director of the AI ​​Now Institute, it is not that whoever stays on a network like WhatsApp does not care about privacy: “It is not a free choice. In the end you are where your friends are ”. The dilemma, therefore, lies in choosing between protecting your data or being closer to the people you care about. Removing barriers to interoperability and making networks compatible could blur that dichotomy, several experts say. Not so Whittake. “It is somewhat reductionist. Perhaps it should have been done a long time ago, but now the solution is to severely regulate. And, probably, for breaking Facebook “.

That hypothetical partition doesn’t seem like it’s easy. In June, a federal judge dismissed the lawsuit filed by the US federal government and most states, which accused Facebook of a monopoly. In parallel, the European Commission and the United Kingdom have launched an investigation into the company for abuse of its position in classified ads. The legal attacks pile up, seismic movements follow one another, but no cracks are opened in the business conglomerate. WhatsApp is still the favorite application to send and receive messages. Not because it is better than Telegram, nor more respectful than Signal. Plain and simple, everyone is there. Only a change in the conditions of use can shake its hegemony, and this is what is about to happen. Zuckerberg faces a huge challenge in the coming months: find the profitability of this mammoth network without scaring away its users, who are much more aware now than when he carried out the same maneuver with Facebook. The changes you make can forever transform the internet and the way we shop. Or suppose a resounding failure. The difference between one option and the other depends on a delicate question: how much privacy are you willing to give up to continue receiving memes in your cousins’ chat?