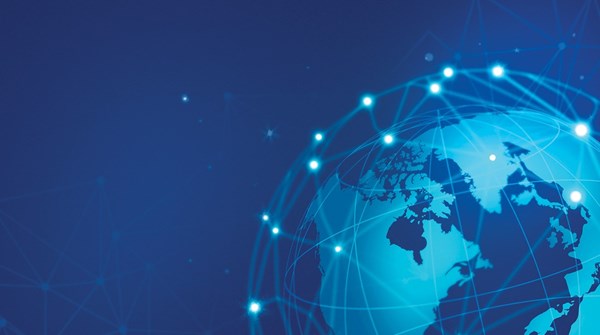 The second virtual session of the “Digital Future Summit Series”, which was held under the slogan “The Future of Government Services: Pioneering the Role of Digital Government”, concluded yesterday, with the participation of a group of global experts, officials and executives in government agencies and major global technology companies.
The Government Support Department, represented by the Abu Dhabi Digital Authority, hosted the second virtual session, which was organized by Messe Frankfurt Middle East. The session formed part of the virtual seminars in preparation for the launch of the second session of the Digital Future Summit, which is scheduled to take place on February 22 and 23, 2022 at the Etihad Arena in Abu Dhabi.
During the event, in-depth discussions were held on a range of issues affecting the future of digital government services.
Aisha Ibrahim Al Marzouqi, Executive Director of the Government Services Sector at the Abu Dhabi Digital Authority, gave a detailed presentation on the leadership in the role of digital government, during which she touched on the stages of development in the provision of government services and the transformation in its provision from traditional methods to digital channels, and the impact of innovation and digitization in providing the experience of government customers seamless and integrated. Al-Marzouki spoke at length about the concept of “invisible governments” as it represents the future development of digital governments and the next generation of government services. For paper and cash transactions.

Aisha Ibrahim Al Marzouqi said: “The second virtual session was distinguished by discussing a package of topics related to promoting and highlighting the concept of digital government on the global scene. On the other hand, the session was an ideal opportunity to introduce the world to the pioneering efforts led by the Emirate of Abu Dhabi in order to enable citizens and residents to make the most of digital transformation initiatives, in line with the vision and directives of our wise leadership. We were keen to highlight the strengths of our national programs to accelerate progress and translate the desired goals, while achieving tangible results in providing our communities with digital government services that guarantee the happiness and well-being of community members, stressing that the time has come to unify ideas and efforts to accelerate the establishment of a digital government. comprehensive and sustainable.
Al Marzouki added: “Our focus was primarily on highlighting new technological tools that would enhance participation and interaction between government agencies and individuals, as well as exchanging best practices and reviewing lessons learned from the most successful digital government programs around the world, which will enable us to anticipate challenges and enhance our readiness to deal with them. Efficiently and effectively and ensuring the employment of future opportunities in the service of all. The virtual session was an ideal opportunity to present forward-looking visions on how to raise the level of effective participation of the digital government.”
The session witnessed the participation of a group of keynote speakers, officials and international experts
“The economic, social and environmental challenges facing governments today require the need to foster innovation and strengthen cooperation between different governments around the world,” said Sim Sekut, Chief Information Officer, Government of Estonia. He emphasized that geographic empowerment provides a collaborative environment that has, in turn, changed the way companies and governments interact. Sekot noted that the GIS calls for making government information widely available to increase government transparency and citizen participation in decision-making.

Citizen
Giorgi Ersoy, Deputy Director General of the Electronic Governance Agency of the Republic of Moldova said: “The citizen is the main focus in this session, as discussions revolved around joint efforts between the government and the private sector to digitize government services, enhance accessibility, and reduce costs, time and number of visits. and the documents needed to obtain government service.
The virtual discussions were attended by Suhail Al-Abed, Director of International Business Development at Esri – Middle East and Africa, providing an in-depth look at the growing importance of Geographic Information Systems (GIS) technology in driving the digital transformation of many governments around the world. The seminar was moderated by media and journalist Aida Al-Busaidi.
The “Digital Future Summit Series”, continuing until December 2021, revolves around providing rich, exclusive and interactive content on the main pillars of global government initiatives in the field of digital transformation.