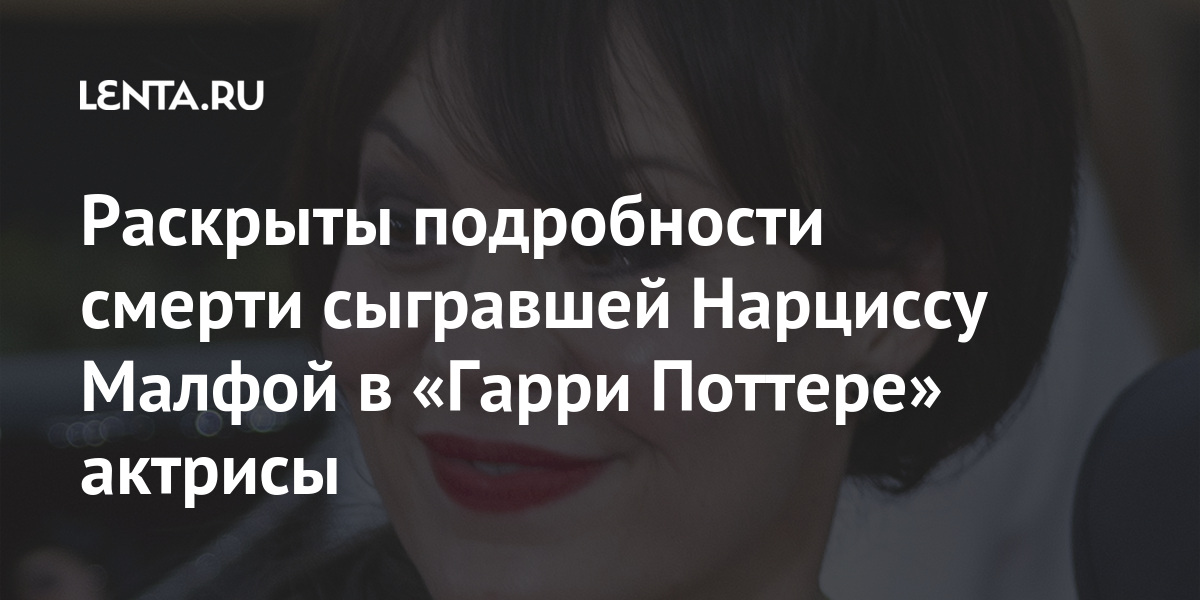 British actress Helen McCrory, who played Narcissa Malfoy in the Harry Potter series, demanded that friends and family keep her illness a secret before dying from cancer. The details of her death were revealed by her friend Carrie Cracknell, writes The Guardian.

According to Cracknell, the artist did not want her illness to somehow affect her personal life and professional activities. She spoke about cancer to “a very small number of people,” and continued her charity work weeks before her death.

“Helen wanted to keep her illness a secret, and I understand why. When your life is public, you need to protect things that are meant only for you. Very few people knew about it, ”explained the artist’s friend.

Cracknell emphasized that McCrory received the news of the diagnosis “with incredible courage and humor.”

Helen McCrory’s death became known on April 16. The actress was 52 years old. She also starred in series and films such as Peaky Blinders, Doctor Who and 007: Skyfall Coordinates.

Joaquín Sabina receives the first dose of the coronavirus vaccine