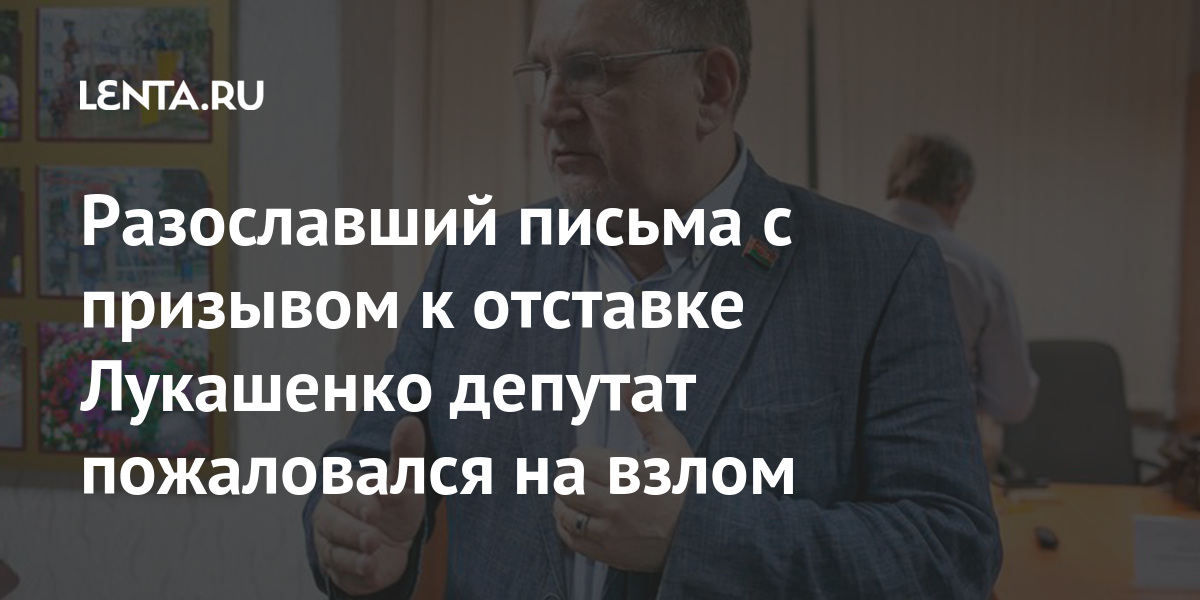 Deputy of the House of Representatives of Belarus Gennady Davydko, on whose behalf letters were sent calling for the resignation of President Alexander Lukashenko, complained about the hacking of the mail. It is reported by Tut.by.

On the morning of March 17, a number of media outlets received a letter allegedly from Davydko, in which he called on his parliamentary colleagues to release Lukashenka from office ahead of schedule.

The text said that life in Belarus was deteriorating, “the country is moving in the wrong direction.”

So we won’t win

The Belarusian opposition presented a plan to fight Lukashenka. Why is he doomed to fail?

“We are increasingly being influenced by the West, although we should be with Russia. Therefore, I call on my colleagues in the House of Representatives to jointly release Alyaksandr Grigorievich Lukashenka from office ahead of schedule, ”the letter on behalf of Davydko said.

The letter says that the deputy initiated the creation of a special commission, which will make a conclusion on Lukashenka’s inability to act as president.

“Someone hacked my mail and sends these stupid letters on my behalf,” Davydko told reporters. “Naturally, I didn’t do it.”

The press service of the House of Representatives also denied the creation of the commission. “This is a fake, of course,” the parliament said.

1632 mines and IEDs were removed within a week