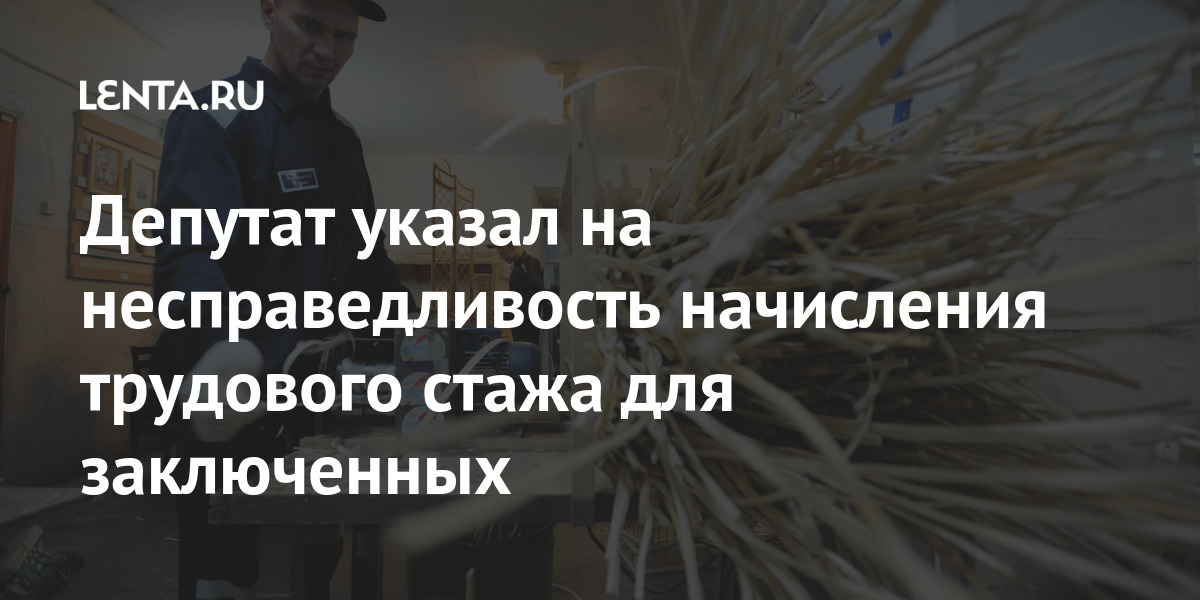 State Duma Deputy Ivan Sukharev pointed to injustice in the issue of including convicts in the total length of service. He indicated this in a letter addressed to Deputy Prime Minister Dmitry Grigorenko, reports RT.

He noted that now the working hours of prisoners are included in the total length of service only from September 1, 1992, while work prior to this period is not included in it. The lawmaker proposed to correct the current situation and equalize labor in prisons for all prisoners.

Earlier it was reported that the actor Mikhail Efremov, who is serving a sentence for a fatal accident in the colony of the Belgorod region, got a job in a sewing shop. The actor refers to the new specialty with humor and jokes that in the workshop he plays the role of Zeus – throwing lightning bolts, however, in clothes.

A lips injection turns a girl’s life into a tragedy!

Gunzburg disclosed the production volumes of the Sputnik V vaccine