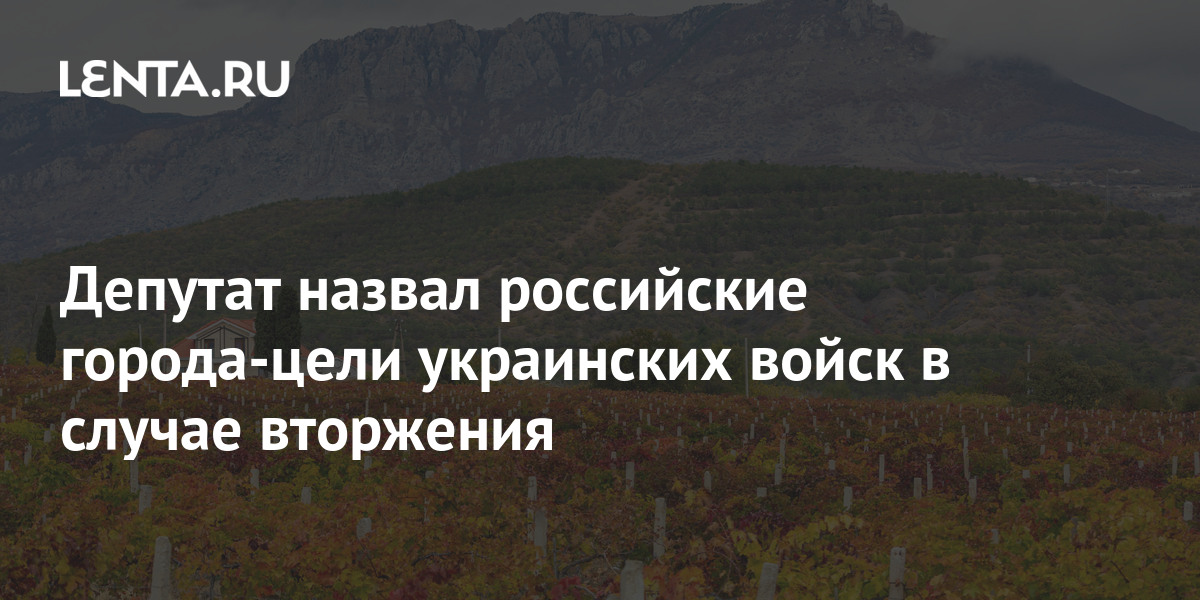 Ukraine is already ready to commit its military to an attack on Russia from the end of February to the end of March 2022. This was stated by State Duma deputy Mikhail Delyagin, quoted by URA.RU…

“They are bad enough to keep people subservient. The only way is war, ”the politician said.

Delyagin also named Russian cities that could become targets for Kiev in the event of an invasion: Rostov-on-Don, Belgorod and Bryansk. In his opinion, Ukrainian troops can also strike at Crimea.

Earlier, New York Times journalist Andrew Kramer pointed out a feature of the Ukrainian leadership that could lead to war. According to him, the inexperience of the entourage of Ukrainian President Volodymyr Zelensky is of growing concern, which can lead to dire consequences not only for Ukraine itself, but also for the United States. The material notes that many close associates of the Ukrainian leader, like himself, come from the world of show business and did not have political experience before their appointments to high positions.

They tied him to the pole of that stop and left