The Democratic Party makes war on the League, but makes FdI fly. The own goal of the left 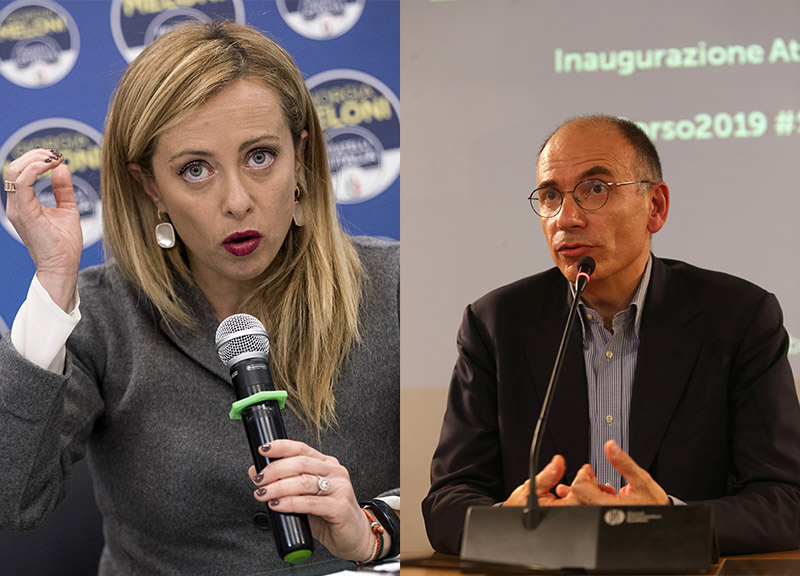 Relaunch of the Ius Soli. No dialogue on the Zan Bill, armored in the Chamber. No to the renewal of Quota 100. Confirmation of citizenship income. Sword defense first by Minister Speranza and then by Minister Lamorgese. Since the government of national unity was born, the only political objective, or at least undoubtedly the main one, of the Democratic Party is to embarrass and damage Matteo Salvini and the League. A plan carried out daily with continuous action on all possible and imaginable fronts. And in part, Enrico Letta’s party managed to achieve its goal: the latest Swg poll at the end of August shows that the Northern League is now the second political force and no longer the first. Too bad that the first party is not the Democratic Party but the Brothers of Italy.

Giorgia Meloni, thanks to the far-sighted political strategy of the left and the center-left, could win the next political elections and become prime minister. Perhaps the Dems, blinded by the hatred towards the Lega and Salvini, escaped that on many issues, immigration in the head, FdI is even harder than the Carroccio. For years, for example, Meloni has proposed a naval blockade to stop the landings, a solution that Salvini had not even hypothesized as Interior Minister. Not only that, in the League there is also a governmental and dialoguing soul – that of the ministers Giorgetti, Garavaglia and Stefani (against them not a declaration of Pd exponents since the Draghi executive was born) -, soul that in Fratelli d ‘Italy that the left likes so much, obviously in an anti-Salvini key, is not there. In short, a political masterpiece.