The delta variant arrives in Latin America: what we know about it 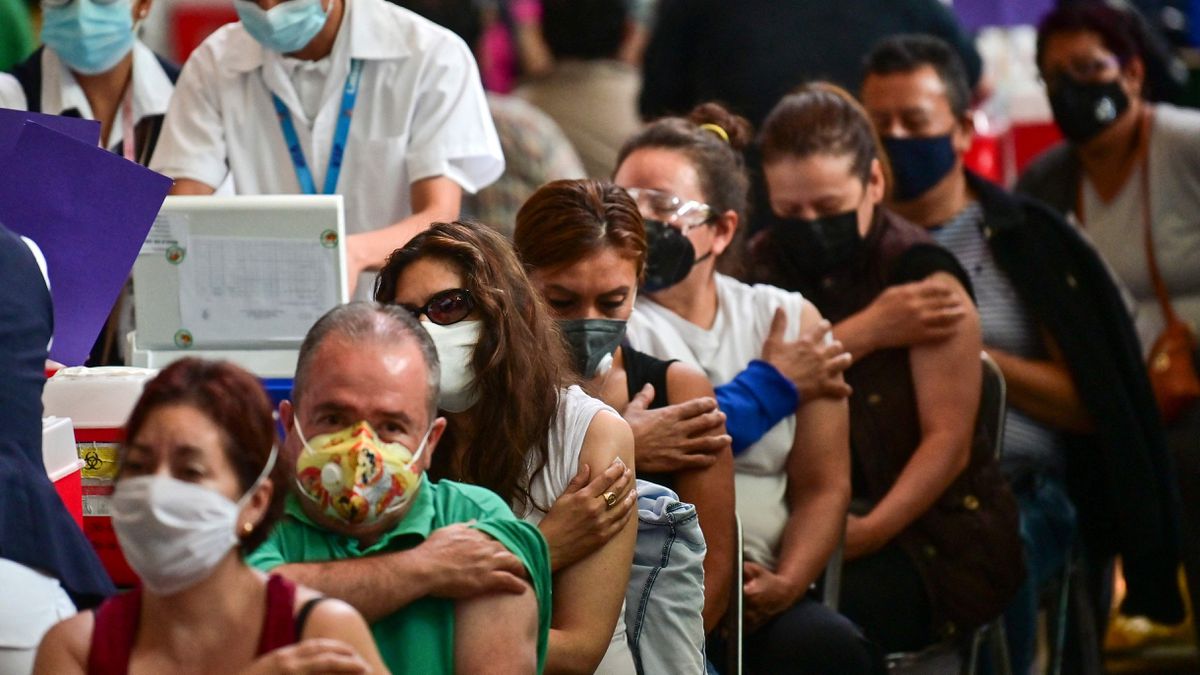 Argentina, Brazil, Chile, Cuba, Ecuador, Mexico and Peru have already detected in their territories the variant of SARS-CoV-2 that attracts the most attention in the world. Delta, first detected in India and already present in at least 92 countries, stands out from its genetic predecessors by its greater contagion capacity.

On June 21, the WHO executive director said about delta that it was a “faster variant and that it will affect those most vulnerable to contagion more efficiently than its predecessors.” This essential feature makes B.1.617.2 a “variant of concern” for the US Center for Disease Control (CDC). It is not yet a “high consequence variant,” the most dangerous category in the CDC scheme. It would deserve such a categorization if it were considered that “existing preventive or medical measures see their effectiveness particularly reduced compared to previous variants”. Fortunately, this is not the case for delta at the moment.

The available evidence only allows us to assume that the delta variant is possibly more easily contagious than its predecessors, perhaps it produces a greater risk of hospitalization, but it is not necessarily more deadly, and surely several of the vaccines in use work well against it, despite the fact that appears to demonstrate some enhanced ability to bypass already acquired immune defenses. It remains to be confirmed whether all vaccines will hold the type equally.

The main objective of the virus is to stay, to survive. For this, it needs to be infected, a need marked by two reasons: the most obvious is that if it did not do so, it would disappear. The outcome of any battle between our bodies and an infection is the death of the virus, either because our defenses manage to end it, or because by failing to do so, our death entails that of the pathogen. So you need to find new hosts. But (and this is the second reason) in addition, each jump from one body to another supposes a tiny piece in a puzzle of evolutionary opportunity. When several are put together, a genetically significant mutation can occur. The ideal ones for the virus are those that increase its transmissibility, giving it extra tools to cling to bodies that come within range. And everything indicates that delta is a mutation that has managed to become dominant in India, Russia, Portugal, Indonesia or the United Kingdom thanks to some of these tools, reaching at least 92 countries today.

On Wendy Barclay’s words, professor of virology at Imperial College London, Delta would have added “aptitude” for the permanence of the virus in the respiratory tract. “The virus that emerged in Wuhan was not optimal in that regard, so it was transmitted, but perhaps not as well as it could. The alpha variant took a step to improve that with a certain mutation, and the delta variant has built on that and has taken a second step now, a bigger step, to improve that characteristic, ”Barclay said. One result of this and other possible added tools is increased viral load in respiration, according to a work by Ravindra Gupta and his team at the University of Cambridge.

Establishing the aggregate effect of these changes is far more difficult. Preliminary estimates from the United Kingdom, the first European country in which delta hit hard and owner of one of the most advanced genomic virus surveillance systems in the world, indicate that delta is 40%, 50% or even 60% higher contagious than alpha, a variant that had already improved its contagion capacity versus the original version of the virus that emerged from Wuhan. These percentages indicate the difference in secondary attack rate between delta and alpha, that is: how more likely is it that a person carrying the SARS-CoV-2 delta version will transfer it to another, compared to one carrying the alpha version .

But the confidence intervals are very wide. Neil Ferguson, a leading epidemiologist at Imperial College and advisor to the British Government, placed the delta improvement between 30% and 100%. And, as the Mexican spokesman for the pandemic, Hugo López-Gatell, stated a few days ago, the contagion capacity of a virus depends greatly on the context. Discerning whether an observed speed advantage in one country will be maintained, increased or decreased in others is analytically dangerous.

Even so, given the cumulative incidence of contagion in Latin America and its initial differential conditions (particularly urban density and the difficulty of broad layers of the population to protect themselves in case of need), the starting hypothesis regarding the potential for contagion that it harbors delta should be rather pessimistic. To this must be added that even a small improvement in transmissibility can have gigantic consequences given the exponential logic that any epidemic follows, amplified with each new wave.

But not (necessarily) more deadly

A new wave of contagion will always bring more deaths in absolute terms, but this does not necessarily mean that the variant that causes it is more deadly.

With delta, preliminary studies in Scotland and other parts of the UK estimated a nearly two-fold probability of hospitalization in delta versus alpha patients. But, although the data was obtained taking into account differences in age, sex or vaccination status, it is too early to extrapolate from there that delta is, indeed, more virulent. Hospitalization is not a hard indicator, nor does it travel clearly from country to country or from moment to moment within the same country, since it is subject to changing criteria depending on the context.

In fact, in its latest assessment of the available evidence, the British Government itself spoke of the risk of further hospitalization with a certain but preliminary finding, still considered unreliable in the absence of better and more varied studies. In any case, the increased contagion is enough to worry the authorities, although responses to delta within Latin America are proving remarkably mixed.

Trying to anticipate it, Alberto Fernández decreed a severe limitation of entry into the southern country: only 600 people a day can arrive by air, despite the fact that delta continues to add cases, including, of people who boarded their planes with negative PCR in the place of origin. The Mexican epidemiological authorities, for their part, relativize the concern although they found this variant in more than 10% of the genetic samples of the virus collected during June and sent to the GISAID initiative. The Colombian Ministry of Health assumes that it will arrive in the country. The Peruvian even accepts that it will predominate.

Indeed, containing the contagious delta through mobility restrictions could be particularly difficult in a region with porous borders and economically and socially depleted. Vaccination seems a much safer strategy, provided it acquires the necessary rhythms and effectiveness.

Vaccines work (as far as we know)

The greatest fear of any variant of the virus that is shown to be more efficient in contagion is that such efficiency also helps you overcome the immunity produced by the available vaccines.

The immune escape capacity on the defenses acquired by past infections exists in delta, and it could be contrasted in India. At the same time, laboratory studies have shown slight to modest losses of capacity to delta in the antibodies produced by the AstraZeneca, Janssen, Moderna and Pfizer vaccines. In the same direction, statements by Chinese government officials point to those developed by Sinovac and Sinopharm, with a strong presence in Latin America, as well as announcements made by the developers of Russia’s Sputnik. Now, the key to these results is not that there is a reduction, but that it has not been absolute. These are, in fact, rather positive indications, which can be read as that vaccines developed on the basis of older versions of the virus are still capable of producing antibodies that work with the newer ones.

In addition, the true test of vaccines in use occurs in the real world. The UK data is, once again, illuminating. There, a quick calculation resulting from dividing confirmed deaths between detected cases for each variant yields 2% for alpha, and 0.3% for delta. This sixfold reduction is not necessarily due to the characteristics of the mutation, but rather to the moment at which it spread, with a much higher percentage of the vaccinated population. It also helps to make the hypothesis of higher intrinsic lethality of delta less likely.

In a more refined analysis, the British authorities have compared the effectiveness of the vaccines used in the country (AstraZeneca and Pfizer) in reducing the chances of symptoms or hospitalization. The results are clear: the protection once the double-dose vaccination regimen has been completed is considerable, but it is noticeably less with only the first of the two.

The known data for Sputnik V, announced by the pharmaceutical company Gamaleya itself, are similar to those it already maintained for the ancestral variant: around 90% reduction in the probability of symptoms. However, unlike the data for Pfizer and AstraZeneca, in this case they come exclusively from information from the manufacturer, pending verification by health and scientific authorities.

Information is also limited with the other vaccines used in the region. Both Janssen and Moderna have announced that the small reductions in antibody response observed in the laboratory are not significant, and they anticipate that both vaccines will work well against delta. But no comparable real-world data is yet available. Nor for those of the Chinese pharmaceutical companies Sinovac and Sinopharm, whose initial effectiveness against symptomatic cases is somewhat lower than those of their counterparts. The messages from China lack sufficient clarity to draw conclusions or put data, necessary to define not only whether vaccines are the response to delta (something that, in the light of the British experience, seems difficult to refute), but to confirm which ones constitute the best of the possible answers.

At the beginning of its distribution, the bottlenecks in the global supply of vaccines offered a simple guide to behavior for all the governments of the world: the best vaccine is the one that reaches the population first. As demand relaxes, availability expands, and the global priority is not only to prevent serious disease developments but also to control the continuous emergence of variants that put the effectiveness of available tools at risk, this decision will become more complicated to take.