The definitive vaccine against malaria, a little less far 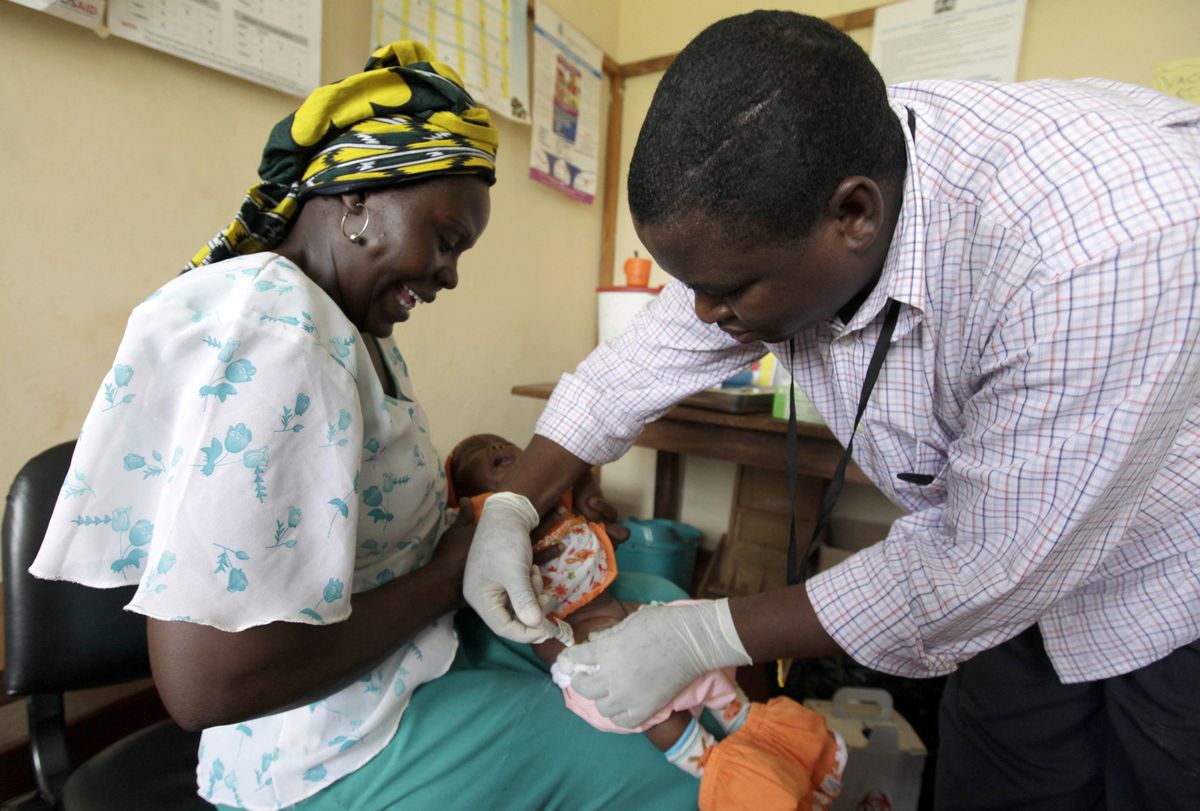 These are the first results and not the definitive ones, but they are no less hopeful for that: a new malaria vaccine developed by the University of Oxford has shown up to 77% effectiveness, as recently announced by those in charge in an initial study recently published. “These are preliminary results, since it was a phase 2 trial in a limited number of children and in a single site, we need the next phase 3 trial to confirm what we have seen,” insists Dr. Halidou Tinto, professor of parasitology and principal investigator of the clinical trial. But it also confirms that “it is well tolerated and has a very good safety profile.” This innovation, a priori, represents a new step in trying to tackle the mortality of a parasitic disease, transmitted by mosquito bites. Anopheles, which in 2019 alone killed 405,000 people, most of them children under the age of five, and infected another 228 million.

The new candidate is known as R21 and has been developed by the team of Dr. Adrian Hill, director of the Jenner Institute at the University of Oxford. Specifically, the same people in charge of the immunization against covid-19 of the pharmaceutical company AstraZeneca. R21 was tested in 450 babies between the ages of five and 17 months in Burkina Faso, a country in Africa, the continent where 94% of deaths from malaria occur. If future research confirms the good results, the goal of the World Health Organization (WHO) of having a vaccine capable of reaching more than 75% effectiveness before 2030.

The R21 results presented correspond to a phase 2 clinical trial carried out in Nanoro, a town in Burkina Faso of about 65,000 inhabitants where malaria is caused by the parasite. Plasmodium Falciparum, the most common in Africa. The 450 selected babies were divided into three groups: a third received R21 mixed with a high dose of an adjuvant, that is, a substance that enhances the response of the immune system. Another third received the same vaccine, but with a low dose of the adjuvant, and the last was the control group and was immunized against rabies (Rabivax-S).

The campaign lasted from May to the beginning of August 2019 to have it practically finished before the seasonal peak of transmission of the disease, which begins in July. Since then and for two years, that is, until July 2021, safety (which has no health risks), immunogenicity (if it generates an immune response in the patient) and efficacy (how much it manages to reduce the disease) after having inoculated three doses plus a fourth booster at six months. After one year, the results have shown 77% effectiveness in the group that received more adjuvant and 74% in the group that received less. “We have increased the follow-up to 24 months to see to what extent that 77% efficiency can be maintained,” explains Tinto to this newspaper.

Phase 3 will involve 4,800 children between 5 and 36 months in five locations in four African countries (Burkina Faso, Kenya, Mali and Tanzania) with their own characteristics. “We will cover different transmission environments: from seasonal to permanent, from low to intense,” the scientist details. “Once immunized, the children will be followed for two years to detect any malaria infection and evaluate the efficacy and safety of the vaccine. So I would say if it is successful we should be able to make it available within three to four years. “

The other great hope

The R21 is not a totally new idea, but it is the modified version of another also recent vaccine and the one that harbored all the hopes until now is the so-called RTS, S, devised by the GlaxoSmithKline laboratories (GSK) and whose effectiveness does not it is very high, since it only reaches 56% in the first 12 months and does not rise above 36% in subsequent years. The European Medicines Agency (EMA) issued a positive scientific opinion on it in July 2015, concluding that the benefits outweigh the risks, but as with other new immunizations, its safety has continued to be monitored. In fact, during phase 3 of the clinical trial there were more positive meningitis in children who had received the doses than in those who did not receive it and more deaths among girls than among boys; but in neither case has it been proven that the cause was RTS, S and the EMA concluded that there was not enough information to be able to consider it a “potential risk” and it was advised to continue monitoring. Since 2019, 1.7 million children in Kenya, Malawi and Ghana have been inoculated through a WHO-coordinated pilot program and the global bodies involved in this initiative are expected to meet in October 2021 to review the data and decide whether extended use is recommended.

RTS, S and R21 are similar in that they both attack the malaria parasite the moment it enters the human body through the bite of the mosquito. Both include a protein that the parasite itself secretes at this stage of its life cycle, and it is intended to stimulate an antibody response. Regarding the differences between one and the other, the first is that R21 includes a higher concentration of the aforementioned protein.

On the other hand, in the case of R21, its adjuvant substance is easier to manufacture than that used with RTS, S, with which production is also expected, in the event that this point is reached , be cheaper. “Based on its structure, its composition (using the Matrix adjuvant) and the way it is produced, we anticipate that the R21 vaccine will be less complex to manufacture and has the potential to be produced on a large scale and at low cost. We hope that R21 will also be considered in the GAVI initiative [la alianza mundial de la vacunación] so that it is free for African countries ”, says the researcher.

For the WHO, the results are promising, but without forgetting that they have yet to be confirmed. “They are encouraging and we look forward to the successful completion of Phase 3 trials. A second vaccine to complement RTS, S could be very beneficial especially because it could increase supply to meet the high demand that exists,” said the organization.

A long and difficult road

Finding a vaccine against malaria is a longing that has lasted for decades. In 1946 the first clinical trial was presented, and in 2021 they have already been tested more than a hundred possible immunizations for the different parasites that cause the disease, although so far none have been authorized for distribution.

The covid-19 vaccine has been developed in less than a year, while the malaria vaccine remains stuck. There are two reasons. One is economic, since the funding for the new coronavirus is greater and has been collected in less time. In fact, WHO estimates that in 2019 (the last year for which data are available) about 2,500 million euros were contributed, a figure below the 5,600 million that it needs global strategy against the disease and that adds to the continuous increase of eight to nine billion dollars that should be contributed each year from now to 2030 to meet the United Nations goal of reducing it by 90%.

But there is another reason: the nature of the parasite, since it is a complicated pathogen that has many mechanisms of evasion. For comparison: the SARS-CoV-2 virus has 12 genes, while the malaria virus has 5,300 and, more than 30 million years old, and consequently, many more strains. In short, it requires a lot of research. “The malaria parasite is much more complex than viruses and appears to be well adapted to the human host, and this makes the immune response to malaria infection very weak and could explain why it is very difficult to develop an effective vaccine against malaria ”, explains Tinto. “Remember that before the huge investment made by the Bill & Melinda Gates Foundation in the early 2000s, followed by intense advocacy, eliminating malaria was considered something impossible to imagine.”

However, with the high efficiency obtained in this latest trial, the researcher confesses “optimistic” to the question of whether he believes that malaria can be controlled on the date set by the international community. “Although we will need a few more years after 2030 and more investments, since this vaccine does not protect 100%; and then it will have to be complemented with other existing prevention tools ”, he says. First of all, caution as a flag.

They today – “My body belongs to me”: almost half of the women cannot decide their intimacy