The decision has been made: No spectators at the 2021 Olympics in Tokyo 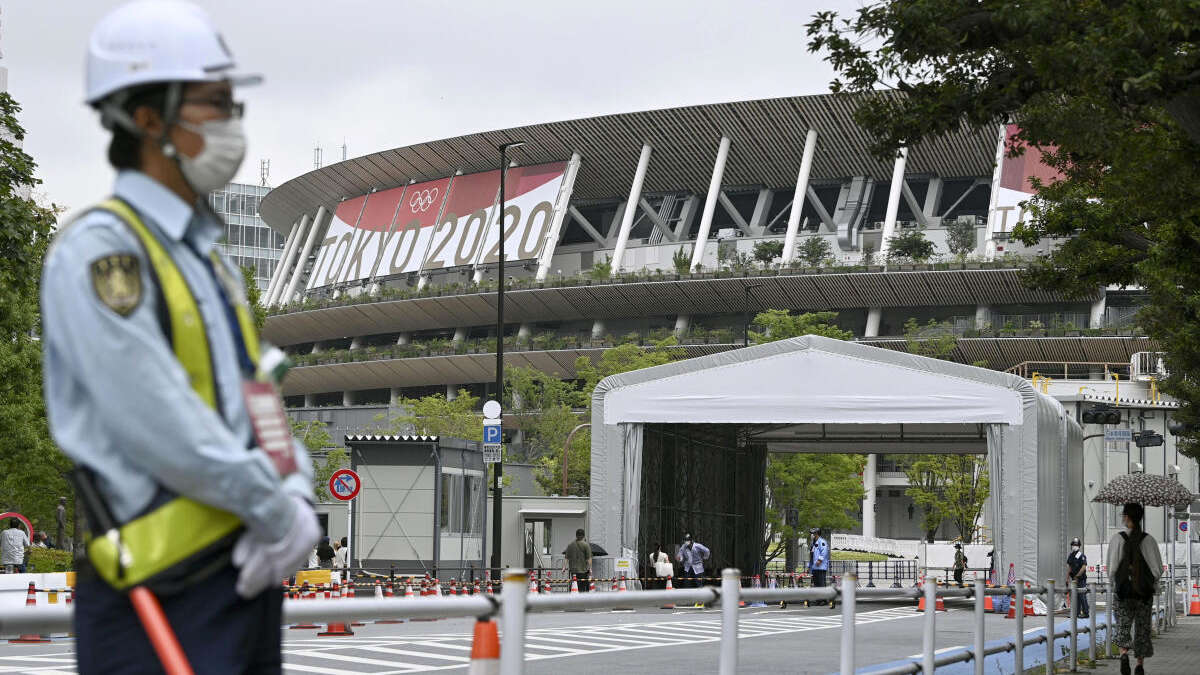 The 2021 Olympics in Tokyo will take place entirely without spectators. The reasons are the increasing corona numbers in the metropolis and the spread of the delta variant in Japan.

Update from July 8th, 3:50 p.m .: It is official! The Summer Olympics in Tokyo and Japan will be played between July 23rd and August 8th without spectators. Because of the health emergency in the Japanese capital to contain the corona pandemic, no domestic fans would be admitted there, said Japanese Olympic Minister Tamayo Marukawa this Thursday. The entry of foreign sports fans had previously been refused.

Due to rising corona numbers and the spread of the delta variant, Japan’s Prime Minister Yoshihide Suga had imposed a health emergency for the metropolis with its around 9.64 million inhabitants by August 22nd.

Olympia 2021 in Tokyo: No spectators because of Corona and Delta variant

Update from July 8th, 3:30 p.m .: Olympia 2021 in Tokyo will take place without spectators. Several media reported unanimously on Thursday afternoon. The reason is the spread of the highly contagious delta variant of the coronavirus in the Japanese metropolis (around 9.64 million inhabitants) and the significantly increasing number of infections.

Olympic Minister Marukawa said that no local audience would be allowed to contain the virus. It was recently decided that no spectators from abroad are allowed to come. So now the huge arenas remain completely empty. Only the new national stadium built especially for the summer games would fit 68,000 spectators. Because of Covid-19, everyone has to stay outside.

A few sports facilities had been extensively modernized or completely rebuilt, for example the Ariake Arena for volleyball (capacity: 15,000 spectators). In the previous year, the Olympics had been postponed due to the coronavirus pandemic. Tokyo hosted the Summer Games as early as 1964.

No spectators because of Corona: The largest arenas at the 2021 Olympics in Tokyo

Olympia in Tokyo: For the first time no spectators? Delta worries

First report from July 8th: Munich / Tokyo – There are still around 11 days until the opening of the 2020 Olympic Games in Tokyo. But the number of corona infections is increasing. The fear of a new wave of infections is growing.

Japan has declared a state of emergency for the capital. The measures are expected to last until August 22nd. But the Olympic Games will take place from July 23rd to August 8th. The Paralympics begin on August 24th.

The number of new infections has increased daily in Tokyo. According to Minister Yasutoshi Nishimura, who is responsible for fighting pandemics, the proportion of new infections that can be traced back to the Delta variant * has now grown to around 30 percent. It is to be expected that the highly contagious variant of the corona virus will spread even further.

Will the Olympic Games take place for the first time without a spectator? The plan was to allow 10,000 domestic fans to watch the Olympic competitions. Foreign viewers have already been excluded.

Tokyo: For the first time no spectators at the Olympics?

It is the fourth state of emergency in Tokyo. There are likely to be consequences for the Olympic Games. Like the British The Guardian reported, according to Japanese media, all viewers will be banned from the Tokyo games.

The President of the International Olympic Committee (IOC), Thomas Bach, arrived in Tokyo on Thursday, the news agency afp said. Instead of the usual 14 days, he only has to be in quarantine for three days, but his freedom of movement will still be restricted afterwards. More to By the way, you can find Olympia here at tz.de*

“Given the impact of coronavirus variants and the need to prevent infections from re-spreading to the rest of the nation, we need to step up our countermeasures,” said Prime Minister Yoshihide Suga. “We will announce a state of emergency in Tokyo.”

Corona emergency in Tokyo – what does it mean?

The health emergency in Japan is less severe than in other countries. However, bars and restaurants are no longer allowed to serve alcohol and must close at 8 p.m. Events such as concerts and conferences must end by 9 p.m. The number of participants at events is limited to 5,000 people or 50 percent of the capacity – whichever is lower. Click here for our Corona news ticker in Germany (ml / afp) * Merkur.de and tz.de are an offer from IPPEN.MEDIA