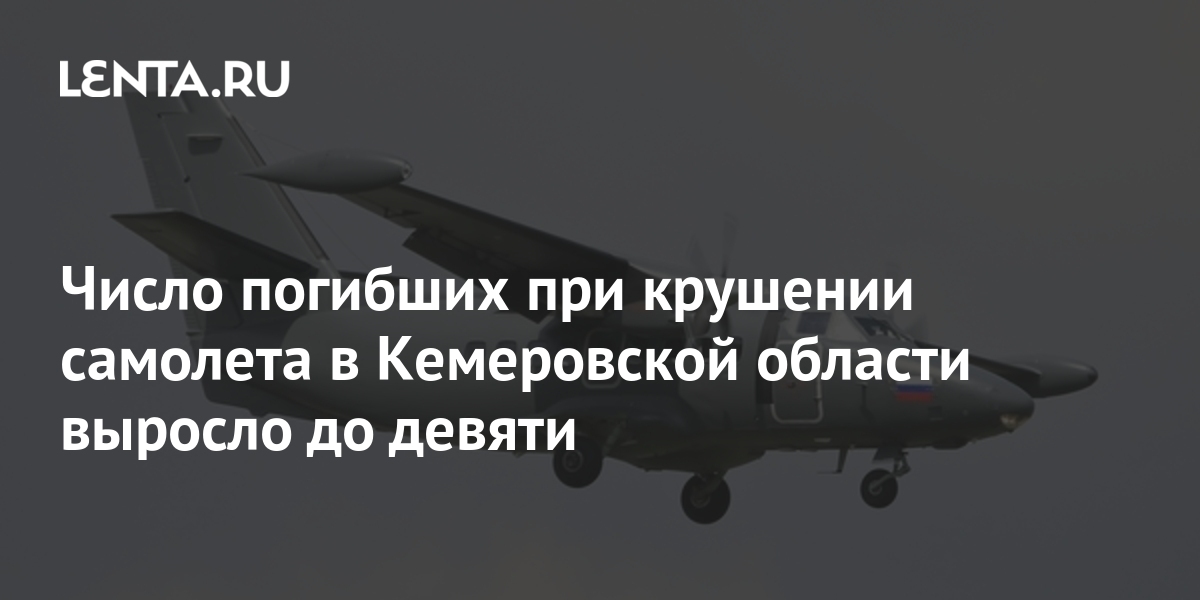 “According to my information, two crew members and seven paratroopers were killed, that is, a total of nine people,” he said.

According to Shemohanov, there were 19 people on board at the time of the disaster: 17 parachutists and two crew members.

Earlier it was reported about four deaths.

The crash of L-410 became known on the morning of June 19. The board fell after takeoff from the Tanai airfield near the village of Zhuravlevo in the Kemerovo region.