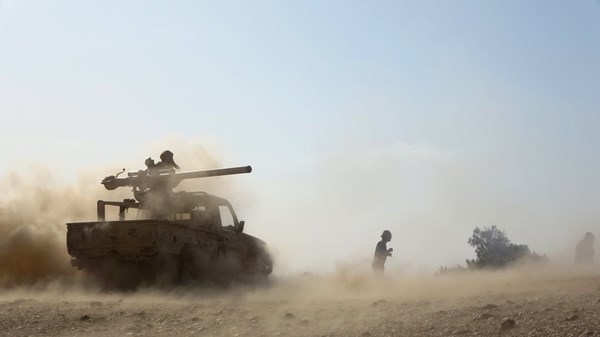 On Sunday, the death toll from the Houthi bombing that targeted a fuel station in the city of Marib, eastern Yemen, has risen to 21, all of whom are civilians.
Muammar Al-Eryani, Minister of Information in the Yemeni government, said in his account on the social networking site “Twitter”, “The death toll of the heinous terrorist crime committed by the Iran-backed Houthi militia has increased by targeting a fuel station in Al-Rawda neighborhood in the city of Ma’rib with a ballistic missile.”
And a booby-trapped drone killed 21 civilians, including two children.
Al-Eryani stated that a number of the wounded are still in serious condition, noting that the drone is “Iranian-made.”
This incident was widely condemned.
Yesterday, Saturday, a local source in Marib told the German News Agency (dpa) that the Houthi group had fired a ballistic missile at the “Al-Rawda” neighborhood, north of the city, which resulted in deaths and injuries.