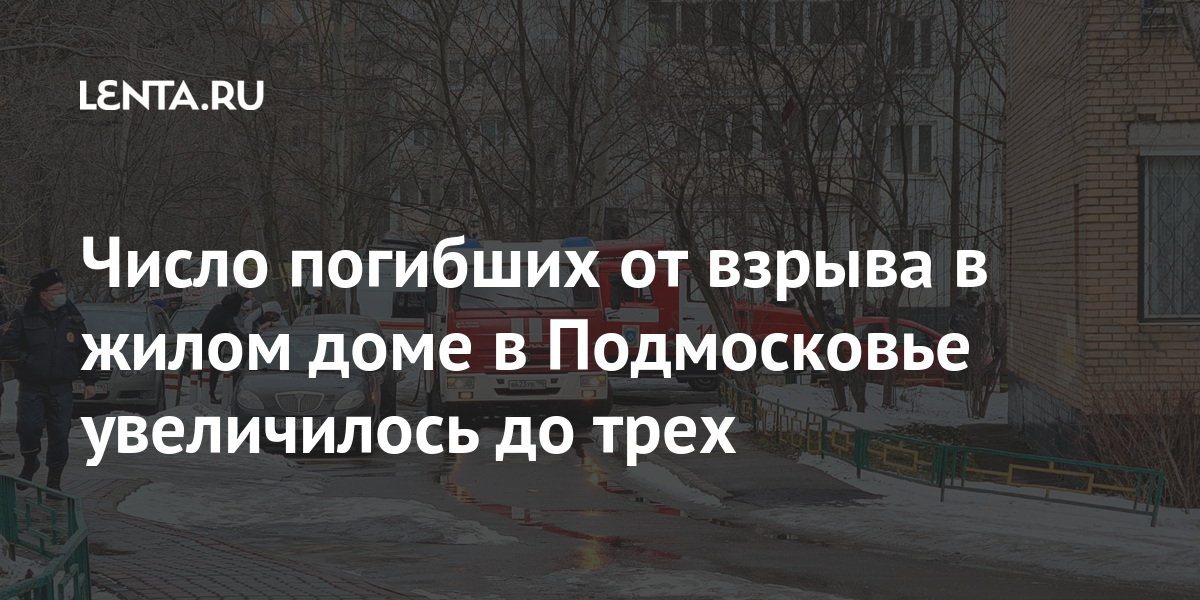 The death toll in an explosion in a residential building in Khimki near Moscow has increased to three. One of the victims died in the hospital. It is reported by TASS with reference to the regional Ministry of Health.

“According to preliminary information, as a result of the incident in Khimki, three people died, four more were injured,” the ministry’s press service said.

The municipality administration reported RIA News about seven victims. “According to the latest data, only seven victims, one child has already been rescued,” – said the agency’s interlocutor.

Eight teams of the Center for Disaster Medicine, 13 ambulance teams are working at the site of the emergency, medical aviation is involved.

Earlier it was reported about two dead, among whom was a three-year-old child who fell ill and did not go to kindergarten.

The explosion in the building took place on the morning of March 19. Smoke came from the windows of the eighth floor, several balconies and windows on the eighth and ninth floors were destroyed. According to preliminary data, the incident occurred due to a gas leak or a malfunction of gas equipment.