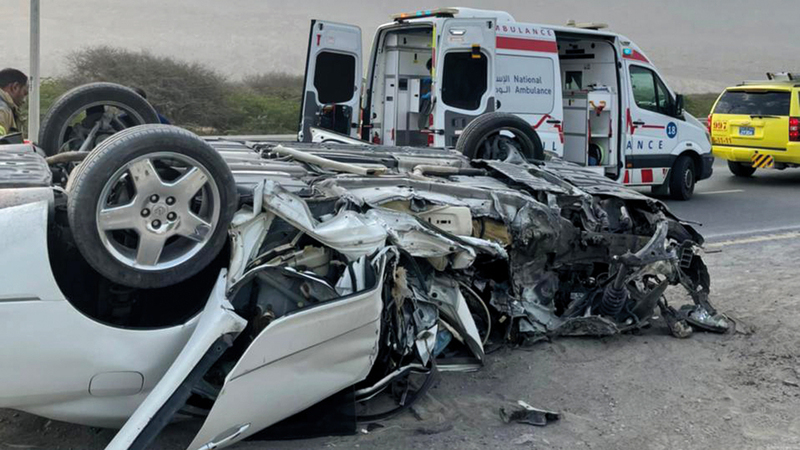 A 19-year-old man died yesterday, as a result of severe injuries he sustained in a traffic accident, as his vehicle deteriorated on the Khor Khuwair area north of Ras Al Khaimah.

Ras Al Khaimah Police indicated that they received a report yesterday morning, stating that a strong accident had occurred and a citizen was injured, and immediately police patrols and an ambulance were sent to the site of the communication.

She added that the cause of the accident was the sudden deviation of the vehicle driven by the citizen, which resulted in him losing control of it and colliding with a pole on the road and the vehicle deteriorating, and he was taken to the hospital to receive the necessary treatment after providing him with first aid at the scene of the accident, but he died after arriving at the hospital from his severe injuries. .

Ras Al Khaimah Police indicated that the body was handed over to his family in preparation for the completion of the burial ceremony according to the established procedures, and the accident file was transferred to the competent authorities to complete the necessary legal procedures, adding that all drivers should pay close attention to the road and not be preoccupied with others, and adhere to traffic instructions so as not to They cause traffic accidents and the resulting danger to lives and property.