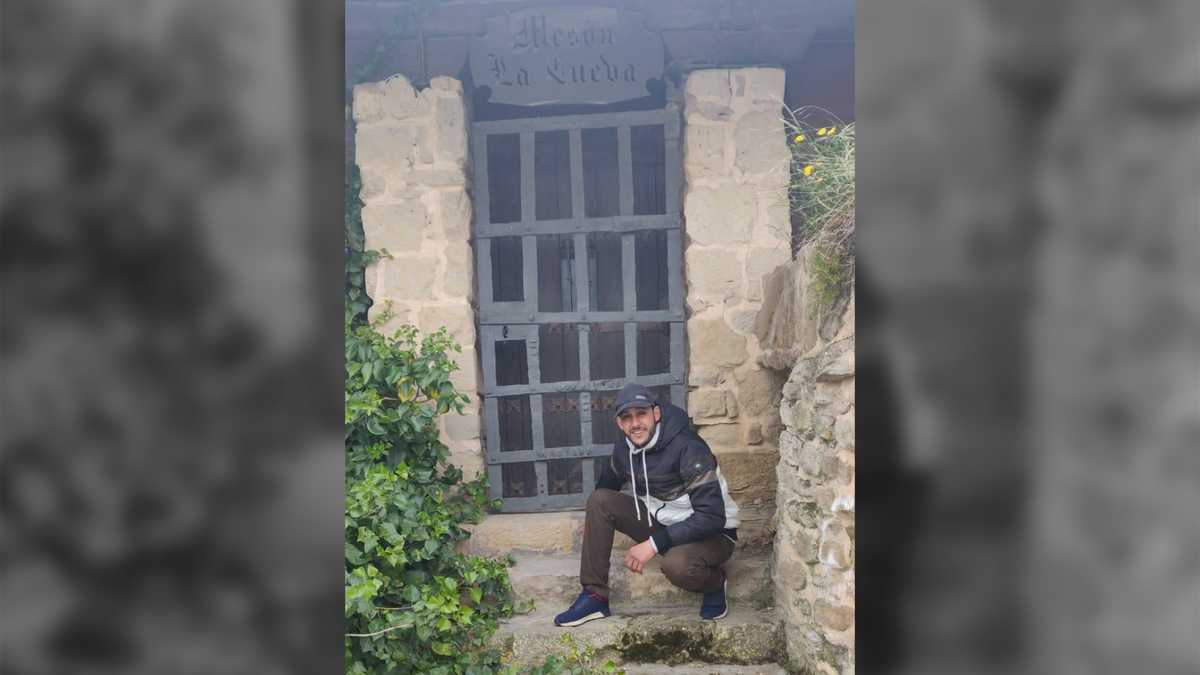 It was 23.33 last Tuesday, April 6. In a central and deserted street in Logroño, a patrol from the Citizen Security Brigade of La Rioja stopped a group of six young people – four boys in their twenties and two sisters aged 14 and 16 – for breaking the curfew imposed by the pandemic. They identified them – all Spaniards, except one Colombian – and ordered them to return to their homes immediately. At that time the agents did not notice the traces of blood on the shoes of several of them. They had just kicked and beaten a few meters away – according to his later statements – Issam Haddour, a 34-year-old Moroccan. Haddour, who lives in the Alava town of Oyón, just five kilometers from the Riojan capital, used to get to Logroño on his bicycle, since he worked with her as a delivery person at the Burger King on Gran Vía in the city.

Confident that the curfew would reduce the possibility of witnesses to their brutal aggression, the young people forgot one detail: the security cameras at the Library of La Rioja, on Calle Portales, close to the scene of the events. The recorded images show how the boys return minutes after the beating, after leaving Haddour badly injured on the ground, to steal everything he was carrying: the bike, the mobile, some money, the documentation and the down jacket that he had bought three days ago and that gave name to the police investigation. While his belongings were taken from him, he was kicked more times, the perpetrators later confessed to the police.

Haddour was left unconscious, lying on the ground. This is how he was found the next morning by a neighbor who was walking his dog and who notified the police: “He was still alive, his head and hands were all bloody,” recalled the agents who attended to him when he arrived. He was admitted to the San Pedro hospital with severe symptoms of hypothermia, explains the commissioner of La Rioja, Jesús Herranz, and died hours later “from a massive brain hematoma”, according to the version offered by his sister to this newspaper. “He could have saved his life if someone had treated him before,” says the commissioner.

While Haddour was dying, his alleged murderers “went on with their lives, as if nothing,” says Herranz. Some of them went home with their parents, the two girls returned to the sheltered center where they live, and another of them even tried to rob a construction shed on the way. Between all of them there were 13 police records at that time, the majority for crimes against property, injuries and robbery with force and intimidation. Now they add to their respective records a murder charge; The head of the investigating court number three in Logroño has sent the two sisters to prison without bail, and to a closed juvenile detention center.

“It was because he did not want to give them a cigarette,” says Commissioner Herranz. “They reprimanded, one began to beat him and the rest followed him like an emboldened herd, some hitting and others cheering,” he continues. “It could have been someone else, but fate wanted it to be Haddour, who hadn’t even worked that day and was coming from seeing a friend. Possibly he stopped in the park to rest before starting his bicycle home ”. The police officer expresses the surprise of all the agents who have taken the case for a violence “so brutal and gratuitous” and for the “absolute lack of empathy of the perpetrators, most of whom belong to families with no apparent problems.”

It was the Scientific Police services who identified Issam Haddour by his fingerprint when he still had a thread of life left, in the hospital bed.

“He loved to sing, he had a wonderful, velvety voice, he played all the instruments, the piano, the guitar, the darbuka [un tipo de tambor de copa]He was a joy, always smiling, everyone loved him, he never had problems with anyone “, describes his sister by phone from Oyón. In the town of Alava an act of solidarity with the family is called this Saturday, at one in the afternoon in the Plaza del Ayuntamiento. The City Council and the Riojan Parliament have roundly condemned such “execrable” acts.

Two days after Haddour was identified, the Judicial Police officers had already tied up all the ends and arrested the six alleged perpetrators of the crime. First, the 22-year-old Colombian boy, who was unscrupulously wearing the victim’s down coat. Then the rest, one by one, house by house, on the two successive days. The two youngest were the last. In the house searches they found Haddour’s bloodstained clothes that incriminate them.

Issam Haddour will be buried in Oyón, where his family lives and has worked for more than a decade. “We called him on the phone but he gave no signal,” recalls the sister of that night when Issam did not return home, with his parents and his other little brother. “We think that, like other times, he would have stayed at a friend’s house. How could we imagine something like that?