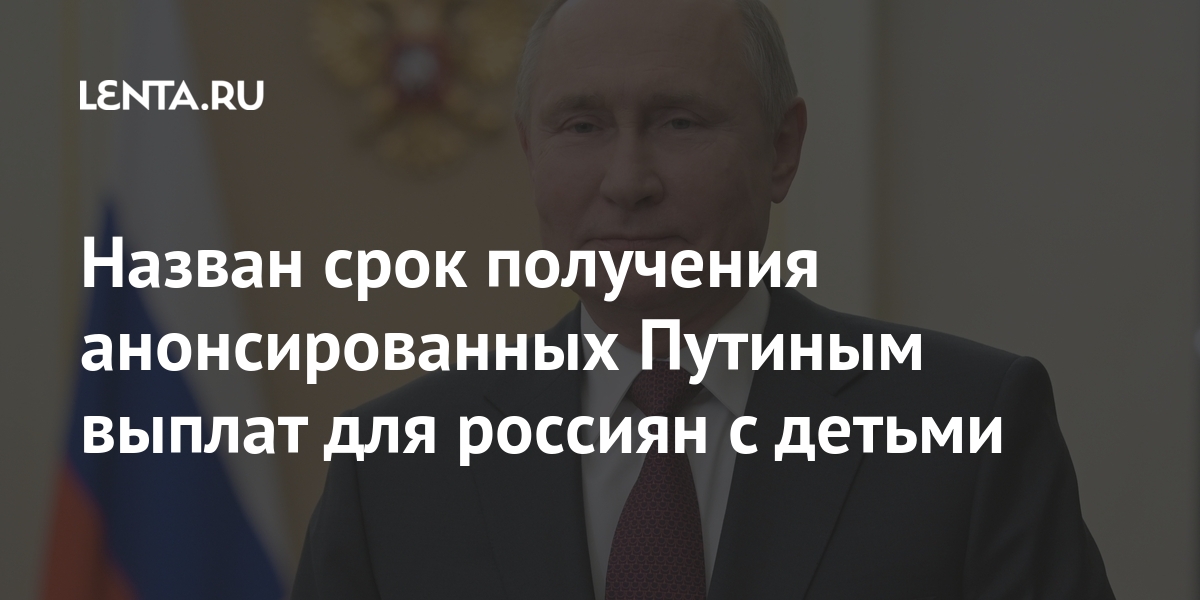 Families with children will be able to receive the payments announced by Russian President Vladimir Putin in the amount of 10 thousand rubles until August 17. Such a period was named in the Russian government, reports TASS Wednesday, May 5th.

Also, the departments will have to report on the beginning of the provision of monthly financial assistance to pregnant women and incomplete needy families with children, according to the order of the prime minister.

Putin offered to pay Russian families with children between the ages of six and 18, 10,000 rubles each, in a message to the Federal Assembly in April. Later he signed a corresponding order to the government. According to the head of the Ministry of Labor Anton Kotyakov, about 170 billion rubles will be needed for payments to families with school-age children.

Three taekwondo players from the Region in the Spanish military championship