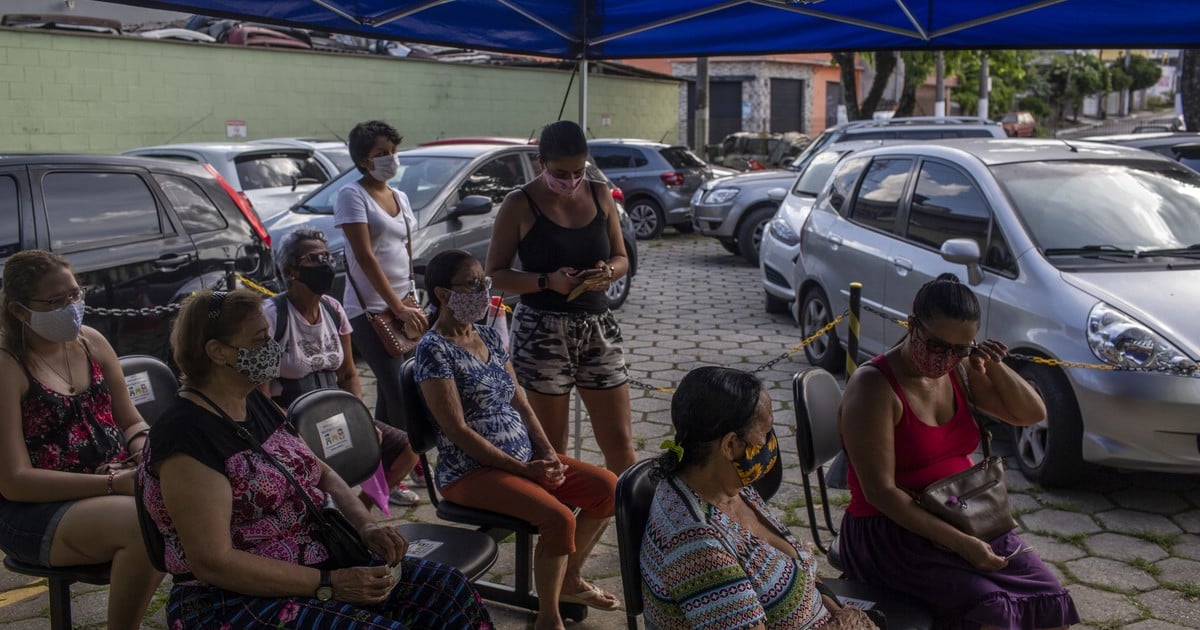 Brazil, current global epicenter of coronavirus, recorded 2,340 deaths from the virus in the last 24 hours, a new daily record of victims since the beginning of the pandemic, which already leaves more than 281,000 deaths and 11.6 million infections in the country, official health sources reported.

According to the bulletin released by the National Council of Health Secretariats (Conass), the number of deaths this Tuesday exceeds that of Wednesday of last week (2,286 victims), which was until now the deadliest day since the start of the pandemic.

Thus, the daily average for the last week rose to 1,894 deaths, a figure that is also a record since the arrival of the first case in Brazil and Latin America, on February 26, 2020.

Regarding infections, the Conass report indicates that 74,595 new infections were notified in the last day, with which it rose to 11,594,204 the number of confirmed cases in the country The high averages in recent days ratify Brazil as one of the countries hardest hit by the pandemic and place it as the second nation in number of deaths and infections from covid in the world, only surpassed for the United States.

They also confirm that the Latin American giant, with its 210 million inhabitants, is currently suffering a new wave of the pandemic, more virulent and lethal, in part caused by the circulation of new variants of the virus, including the Brazilian one that originated in the Amazon.

According to the bulletin that gathers data from the 27 health ministries of Brazil, the fatality rate due to covid in the country remained at 2.4% of the population, the mortality rate was 134.7 deaths per 100,000 inhabitants and the incidence rate was 5,292.7 infected in the same population proportion.

The increase in infections and hospitalizations has much of the country on the verge of a health collapse, since in 24 of the 27 states of the country the rate of use of Intensive Care Units (ICU) exceeds 80%.

This serious situation forced a large part of the regional and municipal governments to return to impose measures to restrict mobility, such as curfews, partial lockdowns and trade closures, in order to reduce the spread of the virus and avoid the imminent hospital collapse.

São Paulo, the most populous state in Brazil, with about 46 million inhabitants and which since the day before has been under strict control of mobility, broke a new daily record of deaths from covid on Tuesday, with 679 deceased in the last 24 hours, which already has around 65,000 deaths from the virus.

Uber recognizes its drivers as employees in England: they will have minimum wage and paid holidays

Prigozhin announced an attempt to kidnap him by US citizens