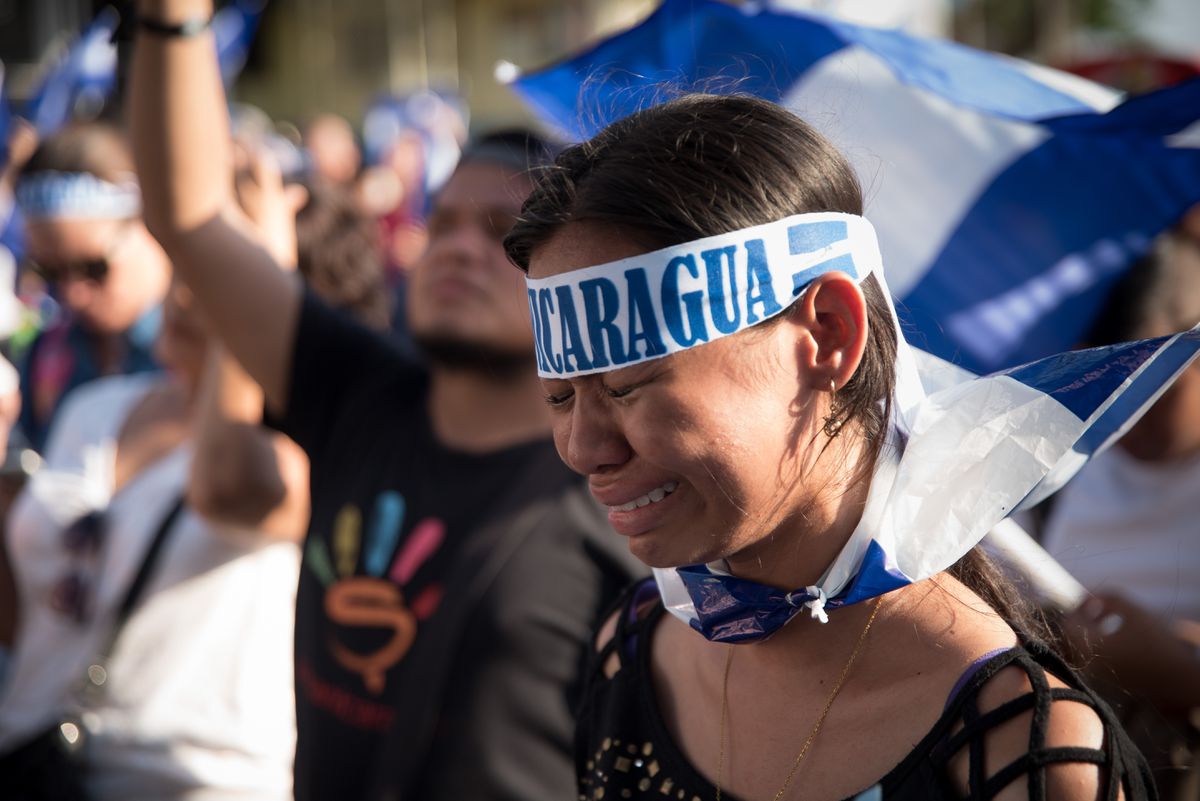 After having caused a bloodbath in Nicaragua by violently exploding the protests that demanded the end of his term in 2018, President Daniel Ortega tries to stay in power by lifting up a repressive state apparatus, called to stifle any dissent. Increasingly isolated and under international pressure, Ortega has presented electoral reforms with which he intends to give legitimacy to his regime, but which are classified as a mockery by the opposition, which demands a real change to be able to compete in fair elections in November. when the country will hold presidential elections. Ortega aspires to a fourth term and perpetuate his autocratic family model, but he is no longer the strong man of yesteryear: the 2018 massacre, the Cuban-style repression apparatus, the lack of economic support from Venezuela and the constant violation of human rights. They have cornered him in a dead end, which gives the Nicaraguan opposition, to achieve a solid unity, the opportunity to dethrone the man who protects his power in a revolution that he himself has deformed.

Doing politics from the opposition now in Nicaragua is dangerous and risky. Felix Maradiaga, one of the aspirants to confront Ortega in November, showed it on Friday when he tried to participate in a protest called in honor of the victims of the 2018 repression. The man had to run to avoid being captured by the police, who it has become the first repressive organ of the regime. Another candidate, Juan Sebastián Chamorro, also ran on Friday carrying the Nicaraguan flag, but the police followed him and snatched the flag. In the Central American country, wearing the blue and white colors of its banner has become a symbol of rebellion that irritates the regime. The siege is also suffered by journalists who try to cover the actions of opponents. On Thursday, journalist Alberto Miranda was beaten by police officers, who took away his mobile phone and threatened more beating if he continued with his work as a reporter.

The political violence is joined by electoral reforms that are charged in favor of Ortega. The reforms have been one of the main demands of the OAS, the United States and the European Union as a guarantee of a fair electoral process in November, but the proposal presented on April 12 maintains control of the FSLN – Ortega’s party – of all The electoral structure gives the Police control of authorizing political rallies of opponents, denies financing to candidates who aspire to participate in the process, and de facto inhibits those who aspire to public office for having participated in the elections. protests of 2018. “The electoral reforms are not even cosmetic, rather they are in violation of fundamental rights. They are made to create a dictatorship legal, not guaranteeing the right to choose and be elected. They are extremely dangerous, because they give the Police powers that only correspond to the electoral court, ”explains Azahalea Solís, an expert in constitutional law.

In the complex Nicaraguan political scene, there are many who place their hopes on greater international pressure that will force Ortega to make profound changes in the electoral system. The United States and the EU have imposed sanctions on the president’s close circle, including his children and his wife and vice president, Rosario Murillo. These sanctions have hit the regime financially, which no longer has the river of petrodollars that came from Venezuela and that allowed Ortega to consolidate his authoritarian model. “The European institutions must continue to pressure dictatorial regimes like the one represented by Daniel Ortega,” says José Ramón Bauzá, a Spanish MEP who has promoted initiatives within the European Parliament against the Nicaraguan government. “What we should do is touch him where it really hurts the dictators, touch their pockets, make those sanctions become effective, that they act on Ortega, on his family and on all the allies, on his entire structure, especially his network. , because it is usurping, coercing, coercing, threatening the Nicaraguan people. Therefore, we must not stand still, ”says the MEP, who is preparing a resolution against the Ortega regime, which could be discussed in May in the European Parliament.

The pressure that can be generated from outside, however, is not enough if a solid opposition bloc is not built within Nicaragua, which brings together the general discontent in a country plunged into a deep political and social crisis since 2018, which has accumulated three years of economic recession and that according to data from the World Bank went from having a good growth rate of 4.6% in 2017 to a contraction of -3.9% in 2019. The same institution estimates that poverty increased by 15, 1% in 2020. Nicaragua has also suffered the hit of hurricanes Eta and Iota and the ravages of the covid-19 pandemic (whose lethality Ortega denied). There are dozens of political prisoners, the 2018 crimes against civilians remain unpunished and 80,000 Nicaraguans have had to go into exile due to political violence and unemployment. “There is no international community that is going to overthrow a dictatorship. Trusting everything to international pressure is a mistake, for a simple reason: if the pressure has no correspondence within the country, it has no one to deposit the rents of that pressure, they will not continue to do so ”, explains sociologist Silvio Prado.

Prado emphasizes the importance of unity in the face of the iron control of the State in the hands of Ortega. “The only way out of this paradox is the convergence of political forces, which is now becoming complicated, but which must once again gather the spirit of the April rebellion, which was heterogeneous, polycentric, multisectoral. Recovering that spirit and converting it into a political option is only achieved if ways of convergence are found, because the main condition for a non-violent political solution is convergence, the reencounter of that consensus that was lost along the way ”, the analyst details. That unity, Azahaela Solís says, is the only way to confront what she classifies as a “dictatorship”. For Solís, the only way out of the crossroads that Nicaragua is experiencing are fair elections. “It is not about power quotas, distributions, submission, we need this bloc at this time, to achieve electoral reforms that allow a credible electoral process. If there are no reforms like this, we cannot say that the country’s conflict can be resolved ”.

The young people who participated in the protests and who made the most of the victims also support the idea of ​​unity, although they remain suspicious of traditional politicians. One of those “kids”, as they are called in Nicaragua, is Lesther Alemán, the skinny and lanky young man who in May 2018 snapped at Daniel Ortega at the negotiating table with the opposition, who wanted to find a peaceful way out of the crisis: “This is not a dialogue table. It is a table to negotiate their departure … “Surrender to all these people!”. That speech by Alemán went around the world, while tens of thousands of Nicaraguans challenged the regime in the streets. Then Ortega unleashed “Operation Cleaning”, with death squads strewing the country with corpses. Three years later, and after returning from exile, Alemán remains involved in the resistance against the regime, although he must overcome political persecution. “This is a country that has been filled with exhaustion. There is an atmosphere of greater tension and rejection, but Nicaragua is in a process that can mark a before and after in its history. There is a population that aspires to more freedom, democracy and justice and that can only be achieved if Ortega is not in power, ”Aleman says.

It was Alemán’s generation that sowed the seeds of outrage in Nicaragua. They paid for it with blood, but today they are claiming prominence in a political process full of obstacles. “Without April 2018 there would be Ortega for many more years, Nicaragua would have been condemned to be a prison and we would have no hope in a promising present, in freedom,” says the young man. “The feeling in 2018 was that everything was going to end soon and that was a condition for not losing spirits. That made us as young people continue to resist, but above all by acting and proposing. The resistance has continued. We are very convinced that young people are important in that final stretch, because we believe that this is the final stretch ”. The ideals of these young people are reminiscent of those of the generation that preceded them, the one that fought against the Somoza dynasty to achieve a free and democratic Nicaragua. Among them was Daniel Ortega, the guerrilla turned autocrat who tries to maintain his power over a pool of blood and driven by violence as the only state policy.