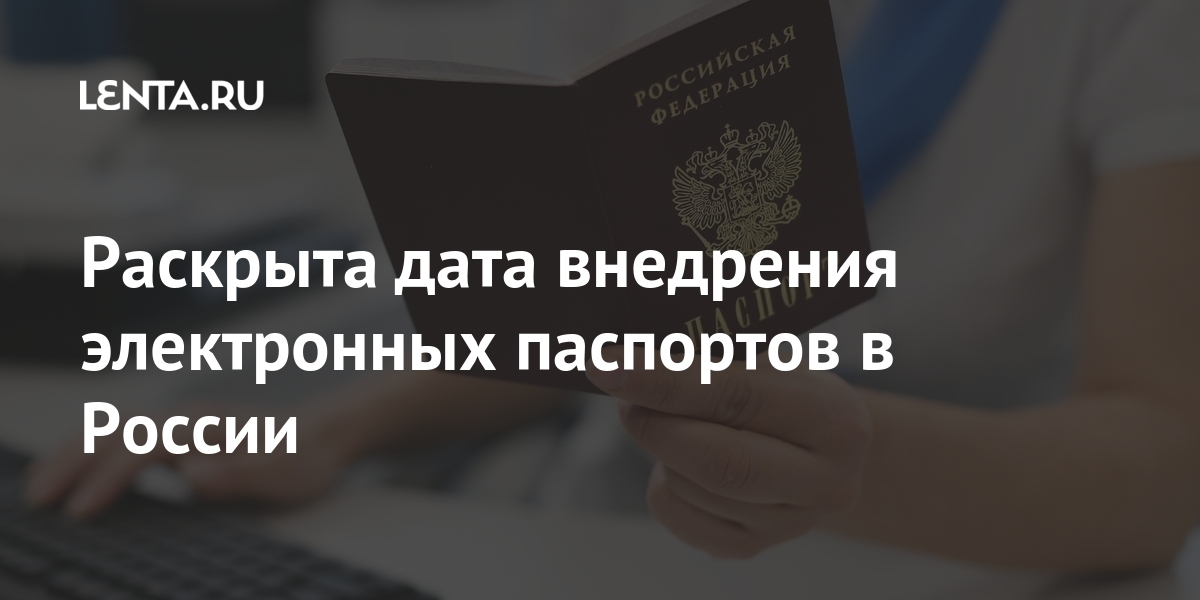 The date of the introduction of electronic passports in Russia has been disclosed: they can begin to be introduced from December 1, 2021. This is stated in the draft decree of the President of Russia, posted on portal draft regulatory legal acts.

Residents of Moscow will be able to issue and receive electronic passports from December 1, 2021, in other regions the opportunity will appear no later than July 1, 2023.

The electronic passport will be a plastic smart card, similar to a bank card, with a photo, full name, date of birth and other data, as well as a chip. It will indicate the biometric and other personal data of the owner, including the image of his face and “papillary patterns of two fingers.”

In addition to the passport, the citizen will be able to install at will a mobile application that will serve as an identity document. In 2021-2022, it is planned to use applications for using public service portals and when contacting the MFC, to conclude contracts, including labor contracts, to confirm the age of majority when buying alcohol and tobacco, to enter buildings and receive services from mobile operators.

Earlier, First Deputy Interior Minister Alexander Gorovoy said that e-passports in the form of a plastic card would appear in Moscow in the fourth quarter of 2021.

It is assumed that the replacement of paper passports with electronic ones will occur by 2024 and will be carried out in stages. According to former Russian Prime Minister Dmitry Medvedev, old passports will also be valid to make the transition “comfortable and painless” for Russians. The authorities do not plan to conduct a special campaign to replace paper passports with electronic ones. So, if a person has already reached the age of 45 and received a passport, he will be able to use the document further.

A letter was leaked: Rio Turbio doctors say they don't even have mattresses to face the pandemic

A diverse group of funds and investment firms, the owners of AstraZeneca