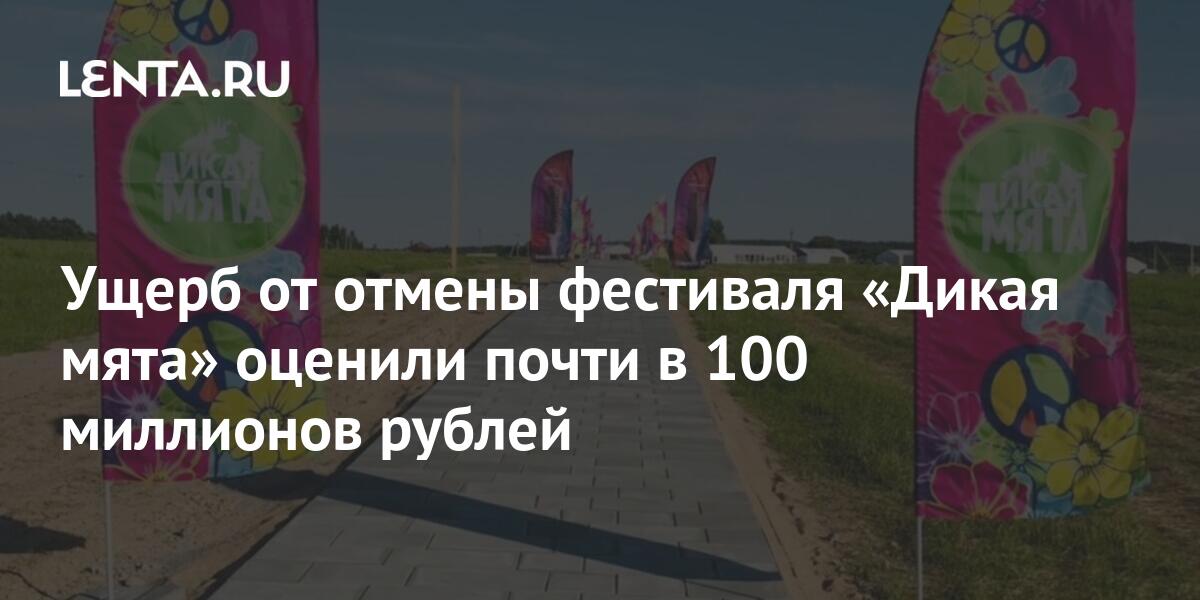 The organizers of the Wild Mint festival near Tula, which was canceled 12 hours before the start, estimated the damage from the cancellation of the event at almost 100 million rubles. General producer of the festival Andrey Klyukin told about this in an interview with RBC.

According to him, the main difficulties arose precisely due to the fact that the event was canceled such a short time before the start, since the last preparations were already taking place at the venue. The damage amounted to 96 million rubles. For comparison, Klyukin cited last year’s Wild Mint as an example, which was also canceled due to the coronavirus. Then the organizers lost 18 million rubles.

At the same time, the producer clarified that the sponsors of the festival did not demand payment of penalties and compensation for damage – we are talking about hotels where artists were housed, clinics conducting PCR tests, and other companies. According to Klyukin, not a single sponsor has demanded compensation.

Of the 12 thousand tickets sold for the festival, viewers returned 1.1 thousand. In addition, many fans of “Wild Mint”, as noted by the producer, began to buy tickets for the event in the future in 2022 and post them on social networks. Klyukin noted that he “broke the heart” of the organizers’ office staff.

The cancellation of the festival became known on the night of June 18 due to new measures to combat coronavirus. The regional authorities also banned other mass events that were planned for the coming dates.

Wild Mint has existed since 2008. In recent years, the festival has been held in the Tula region. This year, performances by Garik Sukachev, Mgzavrebi, The Hatters, Tesla Boy, Tequilajazzz were expected at its venues.