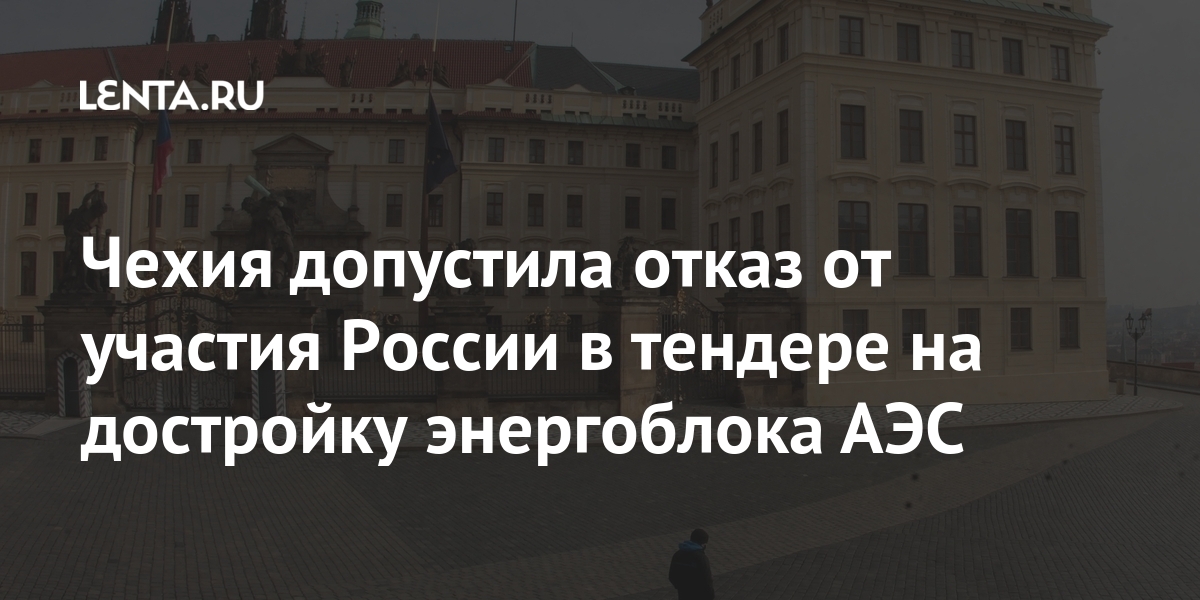 The Czech authorities allowed Russian companies to refuse to participate in the tender for the completion of a power unit at the Dukovany NPP. The reason for this decision may be fresh accusations against the Russian special services of their involvement in the explosions at an ammunition depot in 2014 and the expulsion of diplomats from the country. It is reported by TASS, quoting the Deputy Prime Minister and the head of the Ministry of Industry and Trade of the country Karel Gavlicek.

“The current events, of course, can affect the tender. We have received very serious information. Any such act, if confirmed, will definitely entail consequences, ”the official said.

According to Havlicek, the Czech authorities will make decisions on the participation of foreign companies in tenders based on information from the country’s special services. For a long time, Czech counterintelligence and intelligence have been trying to get the government to remove Russian companies from the competition due to a potential threat to national security.

The Czech Republic announced the expulsion of 18 Russian diplomats from the country on April 17. They are suspected of working for the Russian special services, which are allegedly involved in an explosion at an ammunition depot in Vrbetica on October 16, 2014. Then, supposedly, ten thousand kilograms of ammunition, including medium-range missiles, exploded. As a result, two people died. The cause of the explosion remained unknown; according to one version, it happened due to the negligence of the workers.

Survey shock: 37 percent should give Laschet something to think about – there is now a lot to be said for Baerbock