The culés move away from the Camp Nou 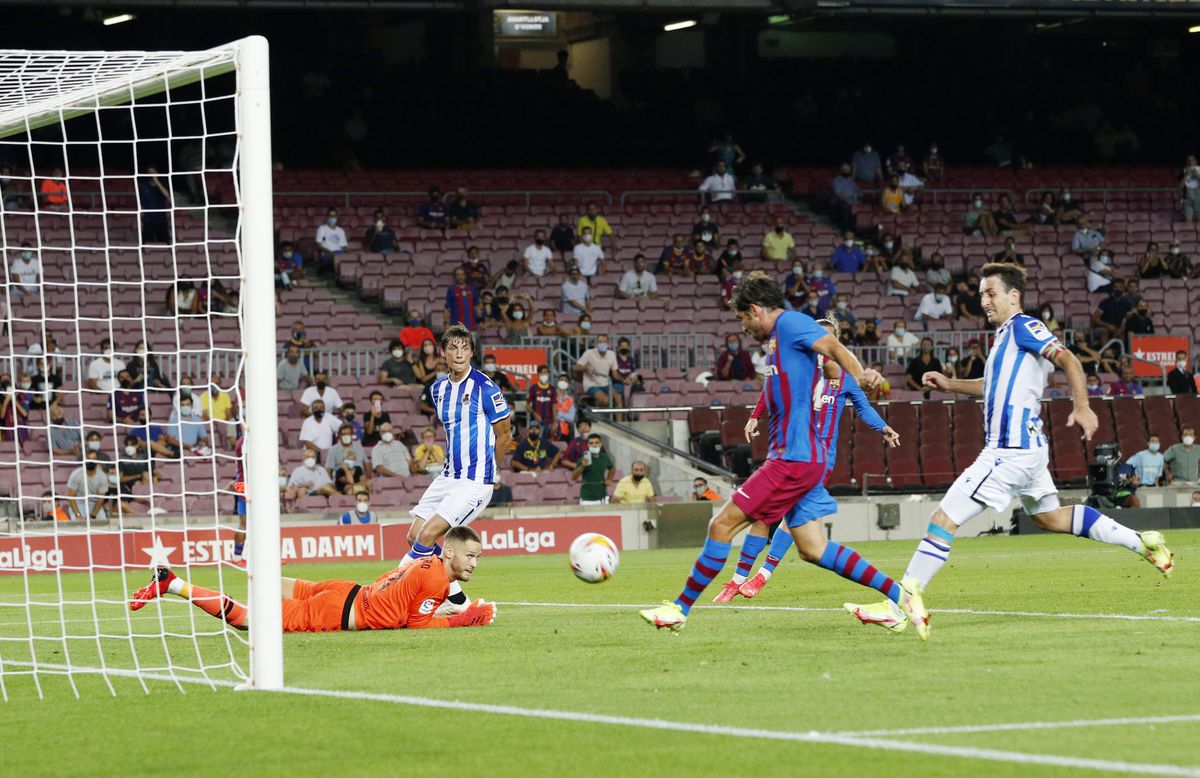 It is no longer the sticky and unbearable heat of a few days ago. August is dying and the city breathes calmly. In the middle of the week there is not a soul around the Camp Nou. Life is bustling, however, on the so-called Rambla del Barça. It is a curious contrast. There is no game until Sunday (against Getafe at 5:00 p.m.), but dozens of fans, tourists (the most) or just curious people walk through this short street located at access 9 of the Barça stadium.

Most speak French. A few have a coffee on a terrace. Two young couples and another with a boy of about eight years old buy tickets for the Tour through the countryside and the Museum. Although there are more who linger than those who look at the ticket offices or enter the Museum. The general admission is 26 euros. There is a session every 15 minutes. Nobody crowds at the access doors.

The life and expense, it is clear, are concentrated in the official store, La Botiga. There will always be children (and not so children) who want their team jersey. There are still those who want to stamp the number of their favorite player on the back. Even after Messi. What’s more, there are already those who were dazzled by Depay, for his great goal, for his flexibility, for his plastic and beautiful controls. There are two shirts in line waiting to be printed: Memphis, the screen indicates. Messi, by the way, are pre-stamped on a huge coat rack. Apart from the busts representing the entire Barça squad that welcome you to the store. At 110 euros, the “fan” shirt; to 160, that of professional. Visually they are differentiated by a slight background pattern. In theory, the face is, of course, “better”, more breathable, more for playing sports than dressing, “ready to do a marathon, if necessary,” explains a clerk.

“They also say that when you put it on you become Messi,” he adds. A lopsided smile. He confesses that fans continue to enter the store asking for the 10 shirt. “I don’t really understand why, really,” he concedes, much less nostalgic than those who pursue the last vestiges of the Argentine, a child from La Masia, the idol from the Camp Nou for more than 15 years, today a PSG player, by the old stadium. They will have to hurry because, says the boy, they have explained that those shirts with the 10 on the back and the name of Messi will no longer be sold after the month of September. At the moment, the economy is tightening.

FC Barcelona is still trying to get up after the blow that the covid pandemic gave it. The 375 million euros that were stopped entering due to the coronavirus crisis weighs like a slab on a Camp Nou emptier than desired. If last year there were 18,510 subscribers who clung to the possibility that the club offered them to take a leave of absence to not renew – a measure of grace to help fans who are having the worst financial time in this crisis – this 2021 in the one that continues to wreak havoc with the covid despite the high percentage of the vaccinated population (around 67%), in 2021 in which the public is already allowed to return to the stadiums, the figure is even higher: 26,538 members have decided not to renew your compost. That means that almost a third give up going to the Camp Nou throughout the season: the number of subscribers today has dropped to 57,262 out of an approximate total of 83,500 members.

The numbers also sound more serious when knowing that of the total of members only 19,136 have requested their entry – they must notify the club and fill out a form – for tomorrow’s game against Getafe. For the first league game, against Real in the middle of August, they were 15,280.

Little harassment. Even for August. Even in the midst of a pandemic. The covid regulation allows filling 30% of the capacity. That means that the Camp Nou, with a capacity for 99,354 spectators, will be able to enter a maximum of 29,806 fans. But Barça, which reserves 85% of those almost 30,000 seats for its members, does not fill even with its subscribers. To cover the quota, it would have to sell almost 10,000 tickets to members without subscription or fans of those who go sporadically to the stadium without being. The latter are mostly tourists. And it is already known that, in the midst of a pandemic, tourists are scarce.

The club does not ask for explanations from the subscribers, so it is unknown if when requesting the leave of absence, the family finances or the disenchantment with Ronald Koeman’s team weigh more. Barça sources do affirm, however, that the leave of absence was requested before confirming the departure of Leo Messi from the club. Which gives a good example of the level of disaffection that grips the Barça fan after the bad end of last year, together with the health crisis. Without Messi, the appeal cannot be the same. It is proven by the chants that, at minute 10 of the match against Real, reminded the great absentee.

The club chaired by Joan Laporta, which summons the journalist to the next Assembly, for which there is no date (predictably in October, the last was held in June) does not want to offer more figures or address the reasons for this disaffection. Although, it is estimated that only with the flight of subscribers – not counting the rest of atypical income from the sale of shirts or visits to the Museum – the club could stop earning about 40 million euros, according to figures provided by Catalunya Ràdio that Barcelona does not deny.

The 18-year-old Barça youth squad Ilaix Moriba is close to unlocking his situation with the Barça club. Separated from the first team and relegated to training with youth B after his representative asked for some two million per year, a salary higher than that of players like Pedri – a key player in Koeman’s Barça, a player with the absolute in the Eurocup and with the under-21 at the Games— or Araujo, in what was to be his first season in the first team. Moriba is close to signing for Tottenham. According to sources from the Catalan entity, the London team seems to be willing to offer some 20 million euros for the signing of the Guinean, whose contract expires next summer.
Moriba arrived at La Masia in 2010. Nine years later, he signed a record contract for a youth squad: 700,000 euros, with a termination clause of 100,000 euros. Barcelona did not want to give in again to the pressure of the footballer and thinks about the transfer.