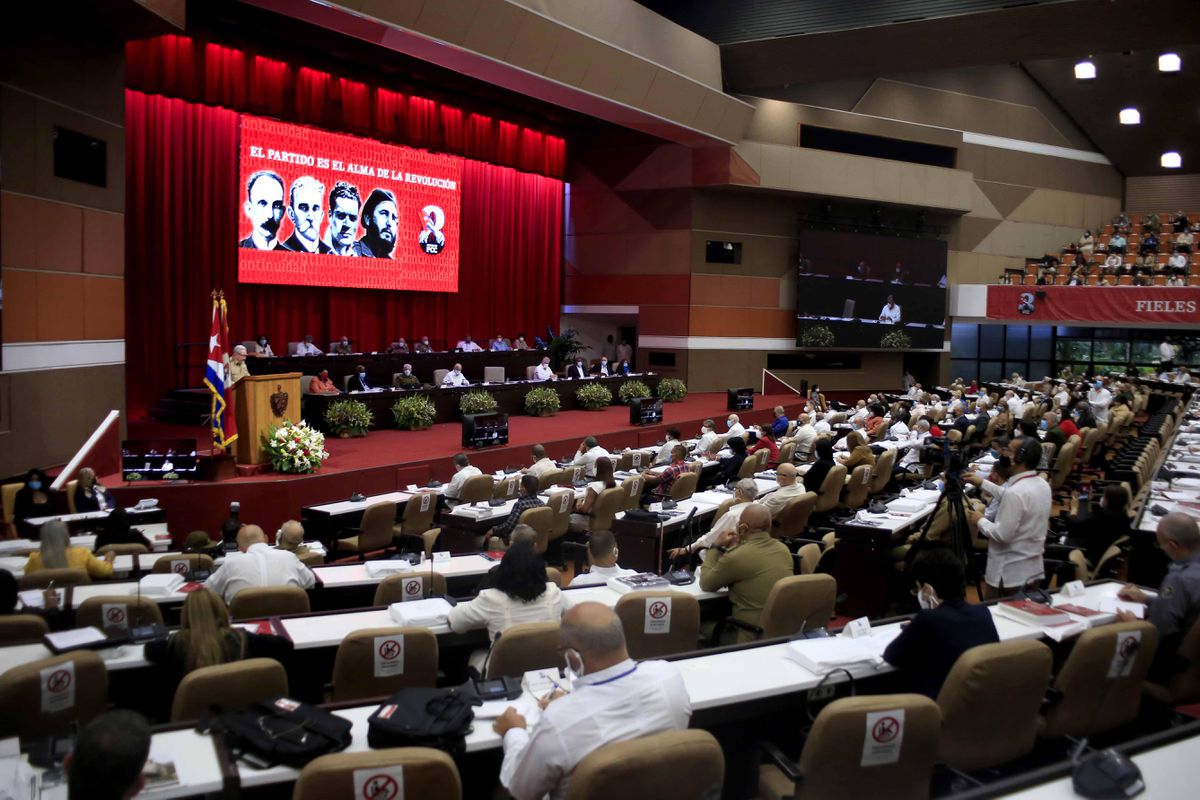 The VIII Congress of the Communist Party of Cuba, which will conclude on Monday with the voluntary withdrawal of Raúl Castro and the symbolic retirement of the old guard, confirmed in its first two days that the main game played in the country is economic and that the The outcome of this chess largely depends on the survival of the revolution. Both in the central report to Congress, presented on Friday by Raúl, and in the commissions in which the 300 delegates who attend the conclave work, the economy, and specifically food production in these moments of serious crisis and shortages, were the topics key code. “The productive structure cannot satisfy the demand levels of the population. This matter is not only a priority, but it is a matter of national security, ”said Prime Minister Manuel Marrero.

Marrero chairs the Economic and Social commission, one of the three in which the delegates are distributed. It addresses relevant issues, such as the new guidelines for economic policy that should govern in the coming years or the so-called “conceptualization and updating of the model”, two of the important documents that the conclave of Cuban communists must approve and that they must define the scope of economic reform.

One day before the VIII Congress began, Marrero and the president of Cuba, Miguel Díaz-Canel, —who heads another of the commissions—, held an unprecedented meeting with representatives of the private sector and state companies. Both pointed out the government’s commitment to promoting the so-called Non-State Management Forms (FGNE), which is nothing more than the private sector, increasingly dynamic and called to play a fundamental role in the reactivation of the economy.

In the exchange with the self-employed, the Prime Minister confirmed that the legislation for the legalization and operations of micro-enterprises and SMEs is already prepared and that it will soon begin to be implemented. “We have a challenge ahead, and the Government, as well as reaffirming its vision about the role that the socialist state enterprise has to play in the national economy, ratifies the priority and importance in the consolidation and development of other forms of non-state management” Marrero said.

Various economists drew attention to the holding of said meeting on the eve of the Congress and considered it a good sign. “If the political will and practical evidence are firmly expressed in favor of the reform course, if what is stated in the Conceptualization document and what is contained in the new Constitution gain life and dynamism, if the results of Congress confirm with their authority politics this course, we would be on the road to overcoming the tremendous challenges facing Cuba today, “said economist Julio Carranza, who like other analysts, from left-wing positions, has warned for years that” time is a critical variable. ” .

The recent announcement of 63 measures to reactivate agricultural production has also not gone unnoticed, including the authorization of peasants to freely commercialize beef and milk, once commitments to the state have been fulfilled, something that until now was almost taboo. On the same day that he reported on the measures, the Minister of Agriculture, Gustavo Rodríguez Royero, was fired.

Right now the situation is extremely delicate on the streets of Cuba. Stores are short of supplies, food is scarce and lines are desperate, and to add to the problems the complex monetary reform underway has made Cubans lose much of their purchasing power. With the country in the red, with practically no income from tourism due to the coronavirus pandemic -which these days beats infection records-, in addition to the serious economic breakdowns caused by the 240 measures adopted by the Trump administration during its four years of mandate, Cuba urgently needs oxygen. And there is consensus that this oxygen can only come from the changes that the authorities themselves introduce in economic policies, since it is clear that those followed so far have not worked.

How the “conceptualization and updating of the model” will be defined in Congress is one of the things to be seen, although Raúl Castro already said it clearly in the central report, in Cuba the state enterprise and central planning will continue to be predominant. In his speech, Castro warned that opening to the private sector would have “limits”, although he did not define them precisely. The documents that are approved, and then life and economic urgencies, will tell how far Cuba is willing to go. The issue, as Marrero said, is one of “national security.”