The ‘crusade’ to get a decent and affordable home in Miami 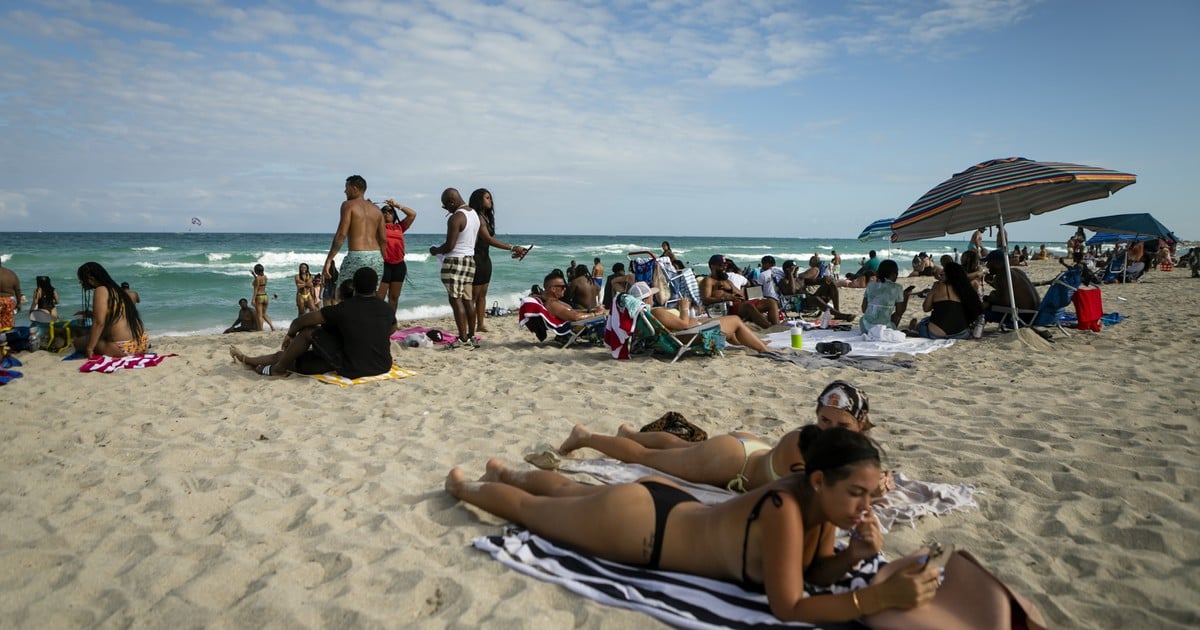 Miami, the tropical paradise with the most varied offer of condominiums and luxury houses, is a desert if it is about decent and affordable housing, something Jennifer García knows well, a young woman who needed to move to a cheaper place and took six months to find it.

Due to the rise in house prices in Hispanic neighborhoods like Little Havana or Hialeah, many people like Jennifer have settled in Liberty city, an area that concentrates a predominantly African-American and low-income population and carries a reputation for being insecure, although she has not had “any problem”.

Several new real estate developments are blooming on this hidden side of touristy Miami and hopefully they can help turn things around in a traditionally underserved area.

Liberty City is a neighborhood in the northwest of Miami, closer to poverty than glamor. Photo: Ana Ochoa and AP

Jennifer’s rented apartment is in Liberty Square, as it is called the place where a residential complex was built more than 80 years ago to improve the situation of African-American workers who crowded into dilapidated housing in Overtown, another neighborhood in Miami.

Today the buildings of the nine blocks or blocks of Liberty Square, owned by Miami-Dade County, are being demolished and replaced with new ones with some 1,455 units as part of a development project of $ 300 million by the Related group.

Soon, only the original communal center will remain from that project from the 1930s, which will be rehabilitated so that it continues to fulfill its mission.

Beaches and good life. One of the faces of Miami. Photo: Bloomberg

In two of the blocks there are three-story buildings painted in cheerful tones and already inhabited.

In the apples that surround them they reign the ruin, abandonment and poverty.

The contrast is huge and hurts to look at.

In the old, one-story buildings, there are bricked up doors and windows, but in some you can still see clothes hanging next to the entrance as if to warn of the human presence.

All those who inhabit these now dilapidated houses have the possibility to live in the new apartments or settle, with the help of a municipal subsidy, in the place they want.

Albert Milo, president of Related Urban Development Group, the company behind this project, explains that they partnered with Miami-Dade County to replace the old buildings with new ones that allowed them to build twice as many units of the original complex.

That is the business and also the way to reduce a affordable housing deficit that in Miami it is 150,000 to 200,000 units according to different sources, points out Milo.

The problem is not only Miami, it occurs across the U.S. and it has to do with the increasingly unequal distribution of wealth.

The Gap, the gap in Spanish, a coalition of civic organizations, in its latest annual report, for 2020, put the national deficit in rental housing for extremely low-income people at seven million.

There are only 36 available and affordable rental homes for every 100 extremely low-income households, of which there are 10.9 million nationwide, with 20% African American and 15% Hispanic.

According to various specialized pages, the average rent for a one-bedroom apartment in Miami around 1,600 dollarswhile the median sale price of a home is $ 350,000 to $ 400,000.

These are unattainable figures for Jennifer García, a 21-year-old American of Cuban and Colombian origin who lives with her mother in an apartment with two bedrooms, one bathroom and kitchen, dining room and living room in one single room in Eden, as the second phase of the $ 300 million project to rehabilitate Liberty Square has been called.

The apartments, from one to four bedrooms, are delivered with the Fully equipped kitchen and Garcia, who used to live near Little Havana, shows it to visitors with satisfaction.

The median rent for a one-bedroom apartment in Miami is around $ 1,600. Photo: AFP

The young woman says that when they told her about Liberty City I had doubts, but when he saw the apartment they disappeared and the same happens to friends who visit his house.

All the people she has dealt with since moving here in November 2020 “have been very kind“with her and her mother, who has already convinced two Latina friends to live in Liberty Square.

Rent based on income

The rent is fixed based on the income of the tenants and that also guarantees a economic diversity, from people with the highest level of housing subsidy to workers with fixed wages in sectors such as health or education.

“That’s what helps change a neighborhood,” says the manager of the real estate group, which has other similar affordable housing projects underway that total more than a billion dollars.

The new buildings They have security personnel and surface parking lots in a central courtyard, where there are landscaped areas and children’s games.

It’s another world outside, but Jeniffer García, who works relatively closely as a lifeguard in a Miami city park, doesn’t seem to be scared.

One promoter says that the police have reported that crime in the area has dropped about 90% in the last year.

Milo says there are plans to install a national chain supermarket in the neighborhood, which will generate 3,000 jobs, and some of the buildings will have commercial premises for rent to stimulate the local economy.

There will also be a new school, a medical center and leisure centers. Only with houses does not develop a neighborhood, he emphasizes.

EasyJet sees Europe open for travel from late May