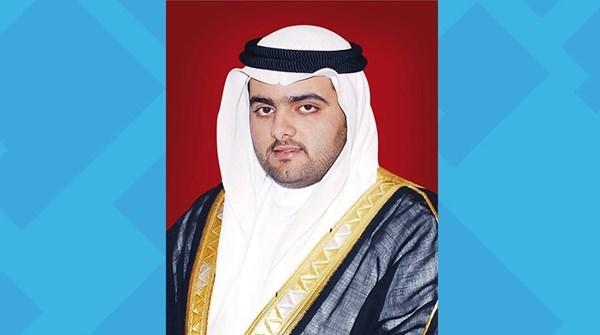 Fujairah (WAM)
His Highness Sheikh Mohammed bin Hamad bin Mohammed Al Sharqi, Crown Prince of Fujairah, stressed the role that sports events play in enhancing the UAE’s presence in the sports field at the international level, and the importance of the participation of the Emirate of Fujairah in organizing world championships, which confirms its readiness to host international events in its record of achievements in sports forums. globally.

This came when His Highness received, in his office at the Emiri Diwan, Sheikh Abdullah bin Hamad bin Saif Al Sharqi, President of the Federation of Body Building and Fitness, and members of the Organizing Committee of the Fujairah International Challenge for Bodybuilding, scheduled to be held from 21 to 24 September this year at Zayed Sports Complex in Fujairah. With wide local and international participation.

His Highness, the Crown Prince of Fujairah, listened from the Organizing Committee to the preparations for the 20th session, which is held under the patronage of His Highness, and organized by the Department of Industry and Economy in Fujairah and under the supervision of the UAE and International Federation for Body Building, confirming its complete readiness to host this global sporting event and its keenness to follow the necessary precautionary measures in light of the current circumstances. To ensure the success of the tournament and the achievement of its objectives.

The meeting was attended by Salem Al-Zahmi, Director of the Office of the Crown Prince of Fujairah, and Eng. Mohammed Obaid bin Majid, Director General of the Department of Industry and Economy in Fujairah, Chairman of the Organizing Committee of the championship.