‘The crises are, in part, due to the absence of homeland sentiment’ 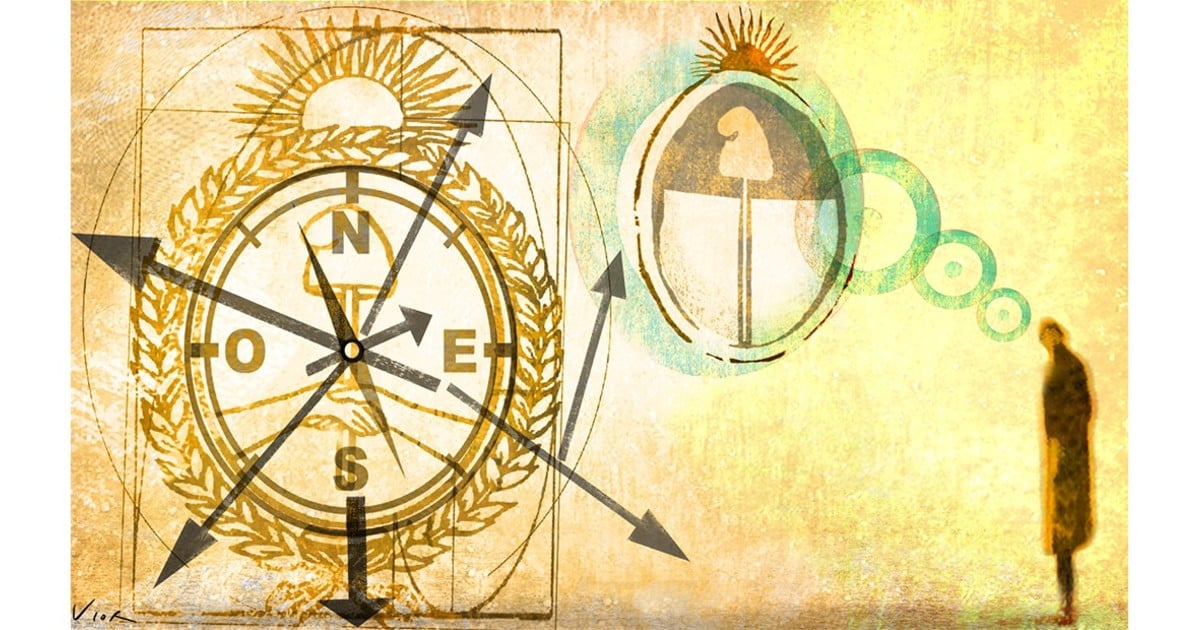 The existence of a nation is based on the awareness of its national interest. Sentiment that begins and is instilled in the family, at home, at school, which keeps the media alive, is an essential part of the internal and foreign policy of a country.

The determination of the national interest leads to the adoption of State policies, not government policies, since these change. Permanent policies until their achievement and other temporary ones, expression of a majority agreement of the political parties, sectors and interests of the population and public opinion. Permanent State policy, a national priority, is education, which is taught at home. For this, work must be generated and secured.

With education, health, social and security problems are solved. On the basis of education, instruction should be a permanent and priority state policy, with well-paid teachers. Our problems are the consequence of the absence of statesmen, of the bad policies that pitted the poor against the rich and ignored the obligation to generate wealth first in order to distribute, to make general progress possible.

On the eve of elections we must consider the background of the candidates and choose whoever proposes education, instruction, address environmental deterioration, development, production, motivate industries, support the agricultural industry. Promote exports, competitive, with diversity, innovation and knowledge and added value, in order to achieve genuine income. Create trust, legal security. Dialogue between parties. That they resolve the agony of Mercosur and its Parliament that causes us so much damage and that they return to being “world traders”.

AMBASSADOR, NATIONAL ACADEMY OF GEOGRAPHY, OF THE SEA AND ENVIRONMENTAL SCIENCES. FORMER UNDER SECRETARY FOR INTERNATIONAL PEACE AND SECURITY. [email protected]

The Court’s ruling for face-to-face classes

The Supreme Court verdict is a small step in the right direction, but it does not replace the need for a change in policy. One does not have the feeling that justice has been served.

Justice would be to prioritize science, education, culture and health. Justice would be if the thug who forged a public document to steal a vaccine was imprisoned, and then pressured a judge to keep the boys out of the schools. Justice would be that the political system of Argentina invests in the intellectual, moral and affective capacity of the people.

There will be no justice as long as the national government continues to degrade education, curtail individual freedoms, disregard health care and subjugate the constitution.

Today is a day to reflect and demonstrate that the powers of the State have their own autonomy, and that they act in accordance with the National Constitution, executing their duties independently, as appropriate.

The ruling inherent in the appeal filed by the CABA for school attendance is a democratic example without any doubt. The irrationality of the President, Vice President, ministers, governors, etc., repudiating the actions of the Supreme Court of Justice, does nothing more than endorse its authoritarian and demagogic conception.

They only admit failures that benefit their interests and not those of the people, whom they betray on a daily basis. They have already attacked the CABA, restricting co-participation and are taking revenge with a deficit delivery of vaccines, not according to the population and problems with respect to Covid-19. This is a suicidal act, because it puts people’s lives at risk.

The government’s angry reactions shown after the Court’s ruling reflects that they do not want to respect the independence of powers, to which populism and corruption have accustomed us. K. They are not democrats, they are tyrants and dictators.

They were vaccinated and appreciate the organization and speed

I must highlight the excellent service provided at La Rural to people who have to be vaccinated against the coronavirus.

Respect, order, concern, good organization, efficiency and speed is what I was able to notice when I went to that place, so that they applied the corresponding dose to me.

At last good news, within so much discouragement. Hopefully the banking entities, the public administration, the personnel of the insurance companies and other institutions would proceed in this way, giving priority to the interest of the client or the taxpayer to provide a better service, leaving aside that useless and toxic bureaucracy that complicates the daily work of the people.

Without a doubt, Argentina would be another.

Yesterday I received the Sputnik vaccine at the Recoleta Cultural Center. I had signed up on Friday morning, as soon as registration was opened. Although I arrived 40 minutes earlier, I entered immediately, without a queue or waiting. The vaccination center is installed at the back, almost 100 meters through an internal courtyard, but in the open air. It was to arrive, present a document, “enter that room”, take a seat in one, injection, certificate, and “ready, stop by those booths to sign up for the second dose.”

Then the 15-minute wait in case one dies of emotion right there. While I was entertaining myself with my cell phone, a storm broke out in Buenos Aires. After almost half an hour, the rain let up and I decided to leave.

I headed towards the patio through which I had entered, and a volunteer indicated that now the exit was through the corridor on the side. Everything was planned: as soon as it started to rain, they changed the route and the entrance and exit was done through the halls of the cultural center. We never realized it because at no point did the permanent movement stop.

In half an hour he had finished the vaccination process, with a flood and everything. And I went home thinking that, in the City of Buenos Aires, the organization of the vaccination against Covid is impeccable, from the beginning to the end.

Hopefully, sometime, all citizens learn to vote for leaders who demonstrate their ability to manage, instead of anachronistic barricade speakers.

Thomas Tuchel has yet to lose to Spanish teams

‘The One’: the dangerous game of letting technology find you a mate