The crescent of Muharram is associated with Venus in the sky of the Arab world.. Tonight 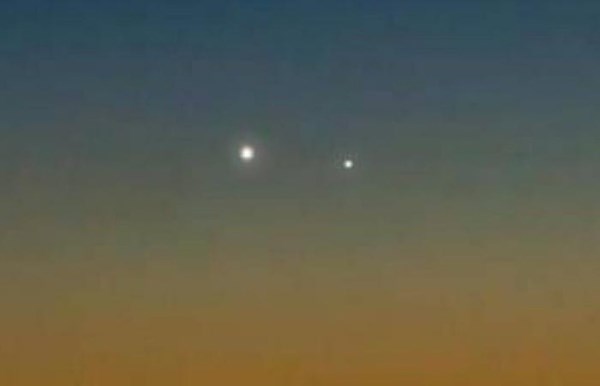 In the sky of the Arab world, after sunset, today, Wednesday, the crescent of the moon is monitored in conjunction with Venus on the western horizon, and they can be seen with the naked eye before the darkness of the night falls, in a beautiful view, which is an ideal opportunity for photography, according to the Saudi Press Agency (SPA).
The head of the Astronomical Society in Jeddah, Eng. Majed Abu Zahira, explained that when using the telescope, it is possible to scan the curved line, which separates the illuminated part from the dark part of the moon. The moon, which is a result of the reflection of sunlight from the earth, and it is best to see this phenomenon immediately after sunset.
Abu Zahira added that the planet Venus began to appear in the evening sky late last April and will remain for the rest of this year, during this period it will gradually descend its position to the south of the sky and will notice that its height will be lower than last year, as it stopped rising since last July, this Because it is moving towards the southeast, and on November 5th the planet will be in the far south of the sky.
The head of the Astronomical Society in Jeddah stated that when observing the planet Venus through the telescope and not (the telescope), its disk is in a decreasing humpback phase at the present time, but due to the planet’s movement in its smaller orbit around the sun, during the coming months and when observing through the telescope, it will be noted that the size of the apparent disk of the planet It grows due to its proximity to the Earth, and this will be offset by a gradual decrease in the illumination of a pinch, until its disc becomes like a crescent at the end of this year.