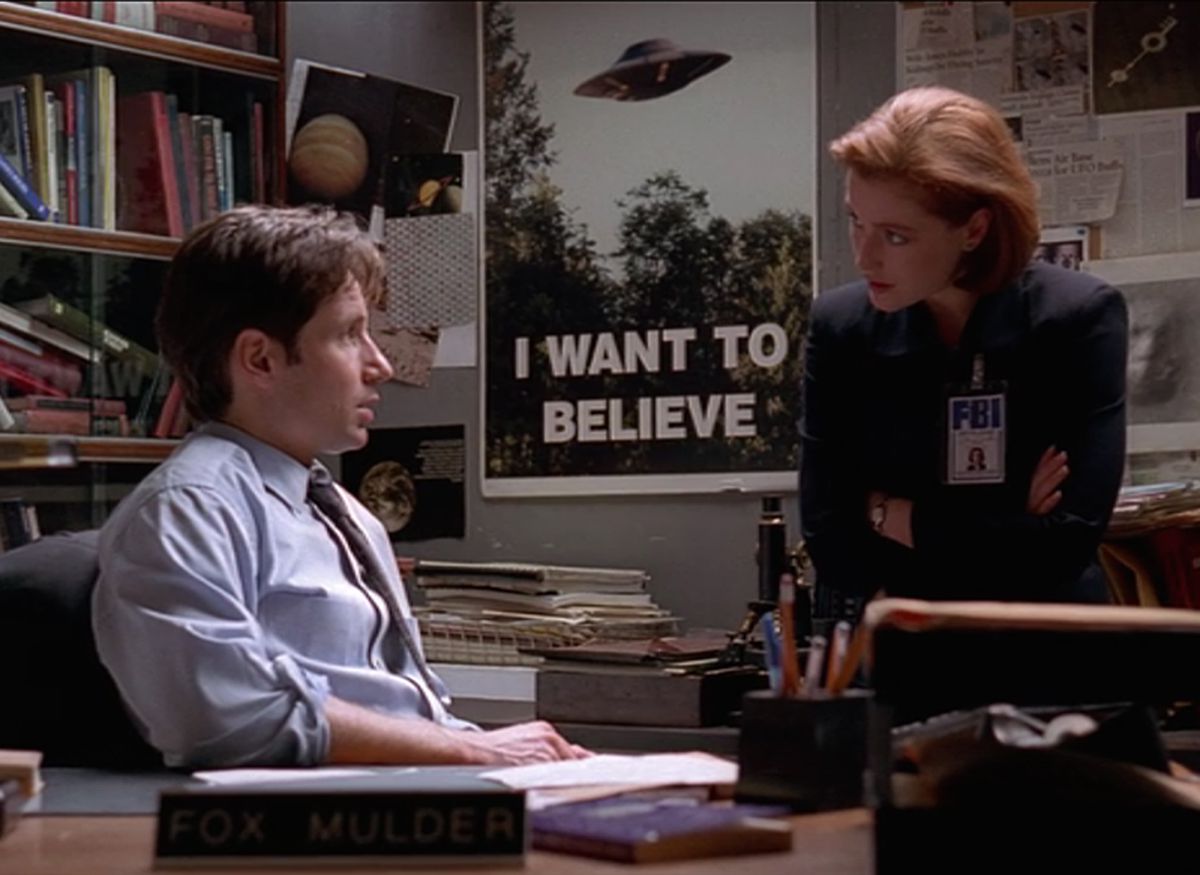 “The truth is out there”, “do not trust anyone” or “deny everything”, read the signs of File X, the popular and long-running series started in the 1990s in which agents Mulder and Scully took on the government plot that was hiding the presence of advanced aliens here from humanity.

The creator of the series, Chris Carter, spent a lot of time meeting believers in UFOs, that religion that emerged with the Cold War and the space race, that faith that intelligent aliens visit us in secret so as not to scare us and in a way they take care of of us. Sump has now written an article on The New York Times trying to cool the excitement generated by the US intelligence report on 144 aerial phenomena reported by military pilots for which there is no explanation.

The Pentagon document was born dead, Carter says, because there is nothing conclusive there, and what remains classified only serves to feed those conspiracy theories that are today an entire industry (he quotes a very funny one that would fit in his series: that we live in a black hole created by CERN’s particle accelerator). If there is any evidence of contact with aliens, he argues, why is there no deep throat, no credible person who confessed the secret on their deathbed? Carter is surprised that, if the challenge is taken seriously, the most powerful country on Earth has only allocated $ 22 million to investigate it, the same as it costs just three chapters of Stranger things.

On CNN, astrophysicist and popularizer Neil deGrasse Tyson – who directed the current version of the series Cosmos– jokes that if the aliens arrived, he would expect to have millions of photos and videos in high definition, now that space observation is so crowded, instead of blurry and monochrome images of airmen. And it is that, there he is not joking, not knowing what something is cannot mean that we do know what it is.

In Mulder’s office hung a poster showing a UFO with the slogan: “I want to believe.” Faced with the unexplained, which is not inexplicable, there is room for humility or the old human resource to magical thinking.