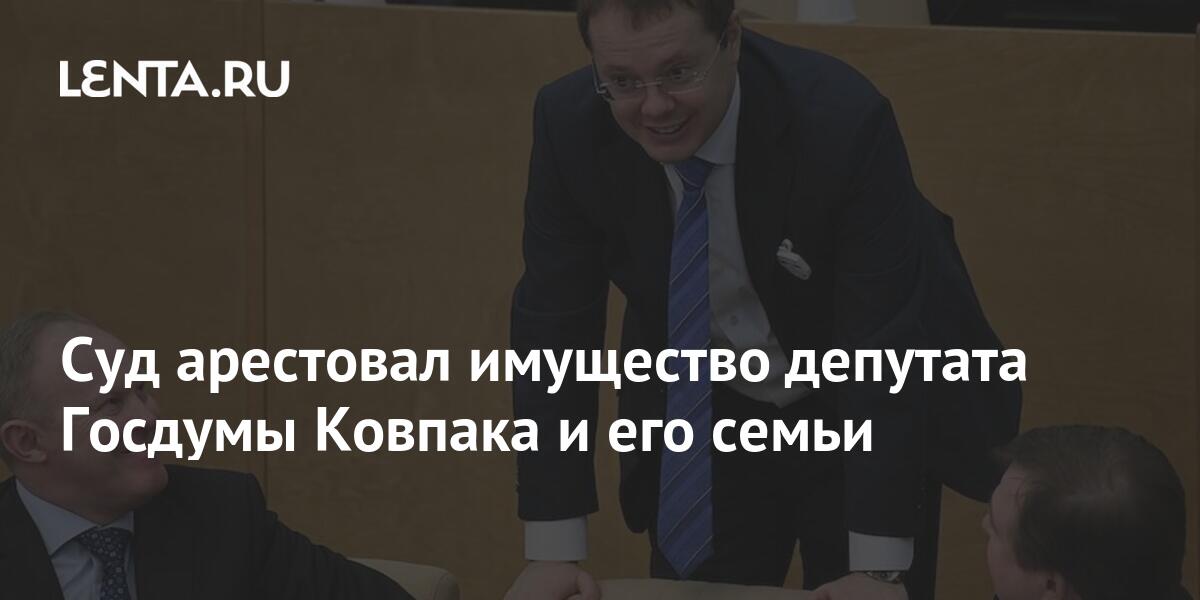 The Arbitration Court of the Sverdlovsk Region has arrested the property of the vice-president of the Kirovsky group of companies, State Duma deputy Lev Kovpak, as well as his family – his wife and father, reports TASS with a link to the portal “Fedresurs”.

The Russian official was accused of stealing four fighter planes. He spent nine years on the run

It is noted that 42-year-old Kovpak withdrew in favor of his firms, organizations of his wife and father more than 600 million rubles from the funds of LLC “Food Company” to pay for invalid transactions.

“I systematically received unjustified benefits, which was expressed in receiving funds from the debtor as payment for invalid transactions to the companies controlled by L. I. Kovpak, that is, in fact, the debtor’s assets in the total amount of 658.2 million were withdrawn in favor of L. I. Kovpak. rubles “, – noted in materials court.

Kovpak is the vice president of the Kirovsky group of companies. On September 18, 2016, he was elected a deputy of the State Duma for the Kamensk-Uralsky single-mandate constituency No. 169.

Earlier, the FSB detained the Minister of Transport of the Altai Territory on suspicion of a bribe of five million rubles. In 2020, the official received money from an entrepreneur who applied road markings.