“The countryside has no government in Michoacán”: 3,000 avocado producers take up arms against the cartels 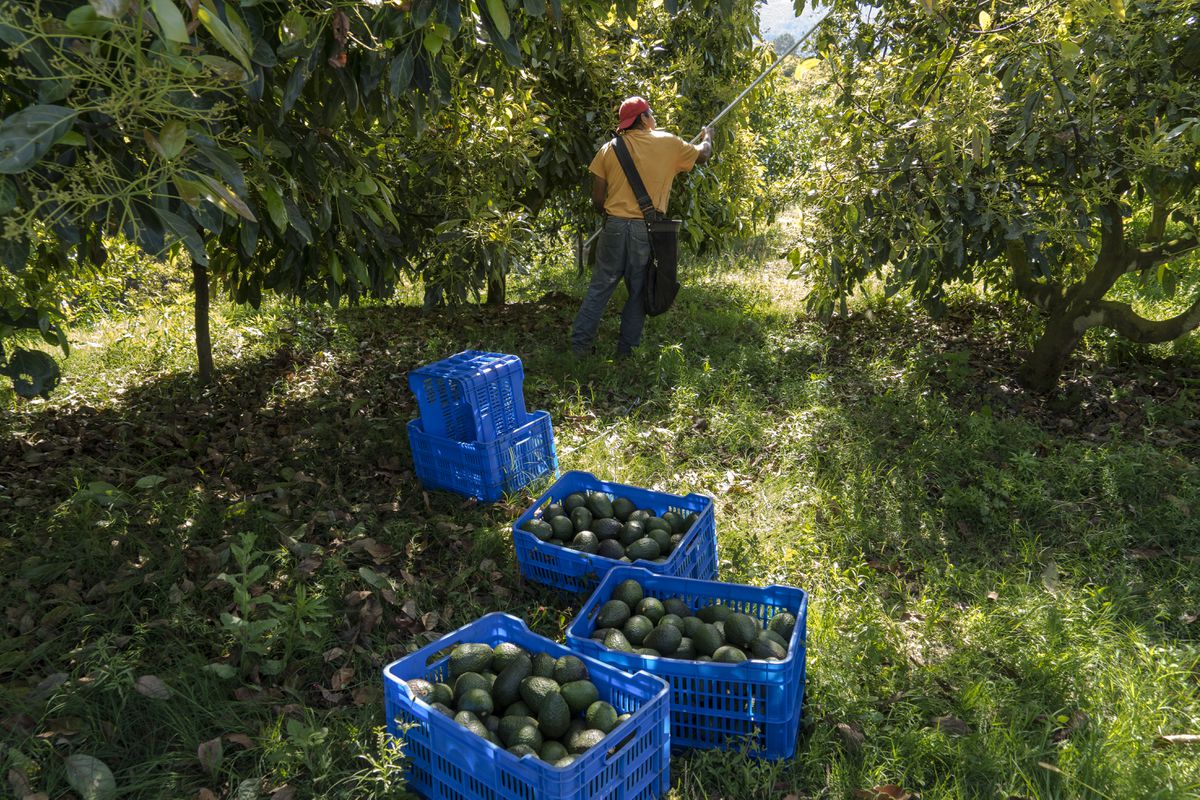 The government of Andrés Manuel López Obrador is accumulating the fronts. In a critical week of violence in the country, the president has had to respond to the creation of an armed group of avocado producers in Michoacán. “There should be no white guards, there should be no self-defense groups,” the president said this Friday in his morning conference. In the fertile land of the so-called green gold, around 3,000 workers have decided to unite and take up arms to defend themselves against the extortion and crimes of the cartels, who have been fighting for the control of this territory for years. “I am not in favor of people arming themselves and forming groups to confront crime. Because that does not give results and sometimes criminals infiltrate these groups, ”said López Obrador.

In the last few days alone, the surge in drug violence has left 18 civilians executed in Reynosa, two police officers hanging on a bridge in Zacatecas and the Nuevo León governor’s call not to travel to Tamaulipas due to the wave of disappearances on a highway. Given that, the president insists on his message of tranquility. “Security is a responsibility of the state,” he repeats like a mantra as the spiral of violence continues.

Today López Obrador has asked the avocado workers of Michoacán to desist from their private armed group and trust the authorities: “We are making an effort in Michoacán, Guanajuato, Zacatecas, everywhere, to protect the population and combat the delinquency. And we are moving in that direction ”. Fed up with the violence of organized groups, the workers of four Michoacan municipalities in the sierra have formed a parallel security body, called Pueblos Unidos, which monitors who enters their territory.

José Luis Mata, a producer from the periphery of Uruapan, capital of avocado production, justifies the actions of his mountain neighbors. “The boys have been forced to fight on their own,” he explains by phone. Mata acknowledges that extortion has intensified in recent times. “They ask us for a lot of quota and we have no one to complain to. The countryside does not have a government in Michoacán ”, he points out in relation to the little hope that the situation will change with the arrival of the new governor, Alfredo Ramirez Bedolla, from Morena, after winning the June 6 elections.

Michoacán is the world’s leading producer of avocado, around 70% of the production comes from this state to the west of Mexico. The green gold rush has become the luck and curse of Michoacan farmers. With the boom In demand, especially from the United States, came fast money, but also violence, deforestation and job insecurity.

For years, organized crime groups have been fighting for control of the territory and residents and businessmen have been trapped in a fierce cartel fight. In 2014, the area suffered a peak of violence with the dispute of the then hegemonic groups – La Familia Michoacana and Los Caballeros Templarios – who wanted their share of the cake. The response at that time of many producers and residents of the mountain towns was also to rise up in arms, constituting the so-called self-defense groups. The fall of the big bosses lowered the level of intensity and shifted the media focus to other hot areas of the country. But the violence never went away. Now, the producers face Los Viagras and the Jalisco Nueva Generación Cartel, led by El Mencho. From the invasion of lands and orchards, there has been threats, extortion, kidnapping and assassinations.

Faced with this wave of violence, businessmen, who say they feel unprotected and abandoned by the Government, began to pay soldiers under the premise that it is “cheaper to buy a rifle than to pay extortion.” Regarding this new armed militia, formed about eight months ago, the commanders of Pueblos Unidos have assured Millennium that it is not a self-defense group and that it would be dissolved if the State manages to guarantee the safety of the municipalities. “Let us be allowed to defend ourselves. We want them not to disarm us and to respect us ”, they claim,“ to do the work that we are doing and maybe we will retire ”.