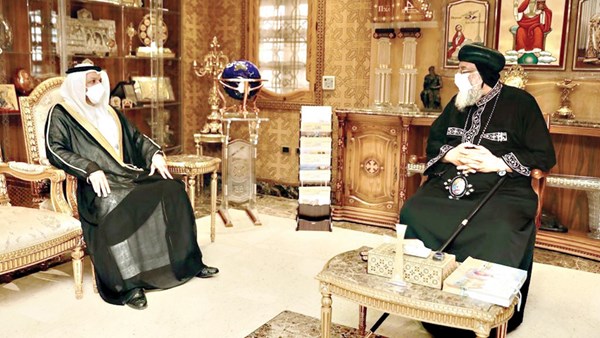 Dr. Hamad Al Shamsi, the UAE ambassador to the Arab Republic of Egypt, and its permanent representative to the Arab League, met His Holiness Pope Tawadros II, Pope of Alexandria and Patriarch of Saint Mark Episcopate.
During the meeting, His Holiness extended his thanks and appreciation to the leadership of the UAE for its efforts in the service of humanity.
For his part, the ambassador touched on the national role played by His Holiness Pope Shenouda III on the occasion of the 9th anniversary of his passing.

The Ministry of Health reveals 2,289 new cases of Coronavirus

Fires In Lappeenranta, a two-storey detached house was destroyed in a fire