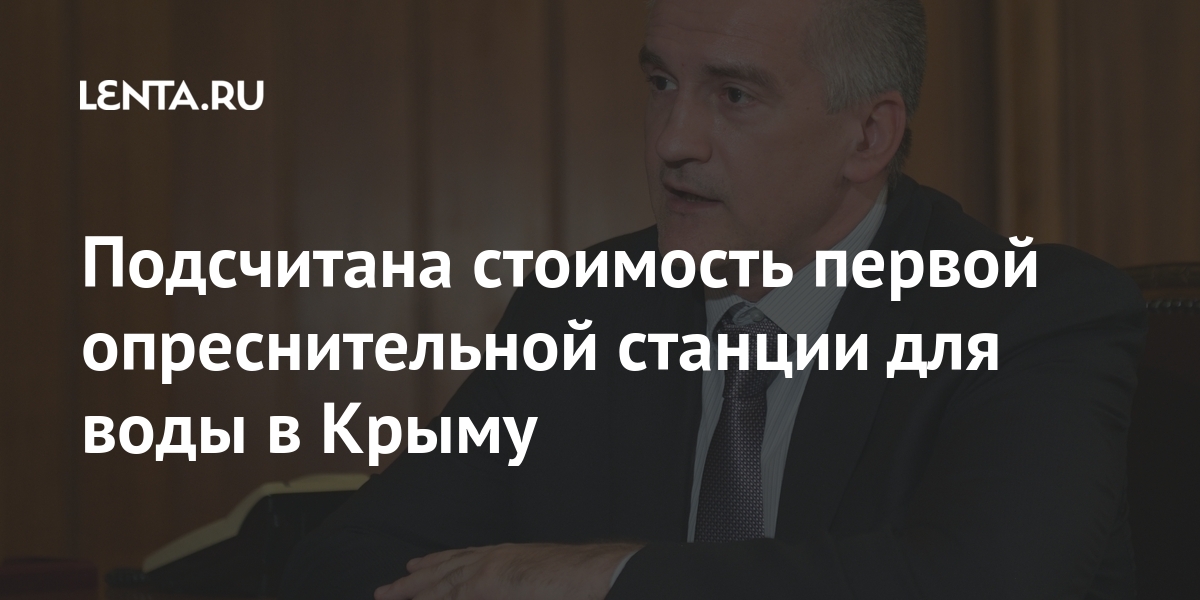 The cost of the first Yalta desalination station for water in Crimea will be about three billion rubles. It was calculated by the head of Crimea Sergey Aksenov, he is quoted by RIA News…

According to him, the technical parameters of the installation and the manufacturer are not named due to the sanctions regime.

“I am sure that only desalination will give a guaranteed result. A feasibility study is being prepared for the Yalta site, the approximate amount of funds is about three billion rubles, there are funding sources. In principle, work has already begun, “Aksenov said.

Earlier, the speaker of the State Council of Crimea Vladimir Konstantinov said that the regional authorities were going to sue Kiev because of the damage caused to the peninsula by the water blockade.

At the same time, Kiev is going to complete the dam at the 107th kilometer of the North Crimean Canal in order to ensure that the peninsula is cut off from the water, said Anton Korinevich, the permanent representative of the President of Ukraine in the Republic of Crimea.

In the past, the North Crimean Canal running from the Dnieper provided more than 80 percent of Crimea’s fresh water needs. After joining it to Russia in 2014, Ukraine closed the channel. Many reservoirs of the peninsula have become shallow, 2020 has become one of the driest in the last 150 years.

Muguruza is released in Dubai

Powerpaste, the substance that accumulates hydrogen and offers more energy than batteries

Sandroni has no casualties for the final of the Nuevo Colombino