The coronavirus takes its toll on young people in India, faced with an explosion of cases 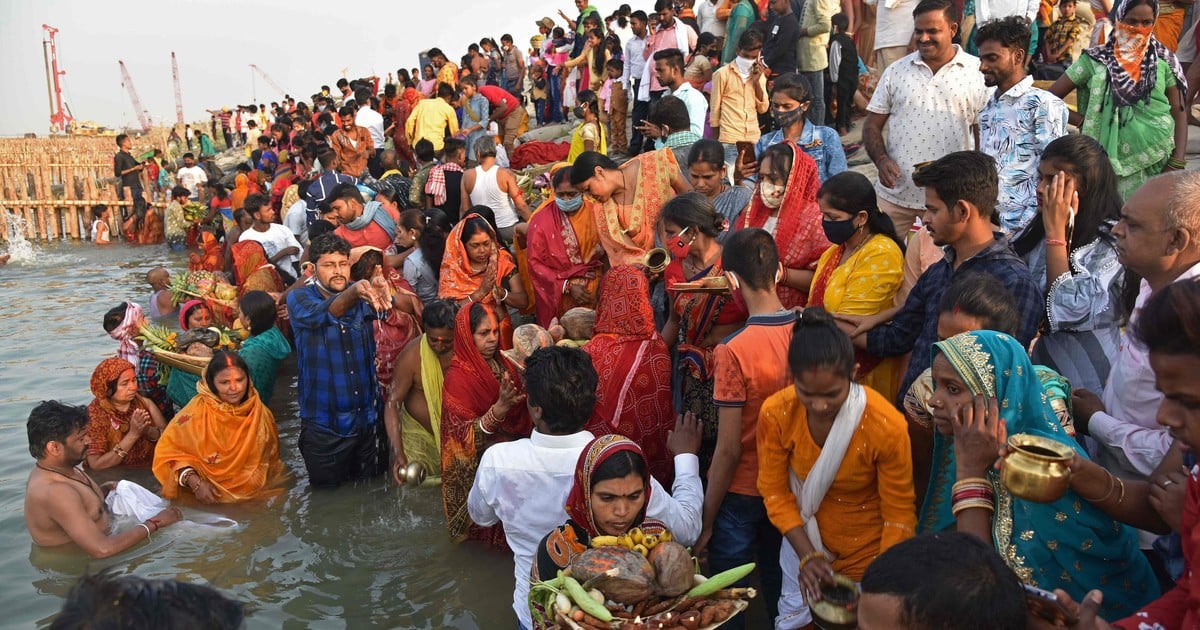 Ajay Singh Yadav managed to make a video call with Raj Karan before his friend joined the alarming list of young Indians, many of them children, victims of the new wave of coronavirus that plagues the country.

There are doctors who say that if those under 45 are being especially vulnerable it’s because they go to work and eat out more times, but there is no data to prove it.

Maybe it’s because are more prone to the new “double mutant” variant found in 60% of the virus samples from Maharashtra, the worst hit state.

Karan, 38, was campaigning for local elections in her village when she started to feel bad. Yadav took him to the hospital, but he also tested positive and was placed in quarantine.

A swab in a hospital in Amritsar, India. AFP photo

The country of 1.3 billion people is ravaged by a new wave qwhich has caused a million infections in a week, and the authorities are overwhelmed.

At the beginning of the year, India thought it had beaten the pandemic and launched a campaign of mass vaccination.

Masks and safety distances were put aside and religious festivities and electoral rallies they were filled with people.

But, in hospitals, doctors began to warn of the increase in cases and that more and more young people were sick, a novelty in a disease that, until then, seemed to pose a risk especially for the elderly.

In a country where around the 65% of the population is under 35 years of age, the impact of covid-19 on young people is of increasing concern.

New Delhi Chief Executive Arvind Kejriwal stated that 65% of patients are under 45 years of age.

India’s medical research agency has no data on this, but doctors in major cities confirmed that they are seeing more and more young patients.

“We are also seeing children under 12 and 15 years of age who are admitted with symptoms in this second wave. Last year there were practically no children, “says Khusrav Bajan, a specialist at the PD Hinduja National Hospital in Bombay and a member of the Maharashtra COVID-19 task force.

In the state of Gujarat, pulmonologist Amit Dave affirms that, in the case of young people, Covid-19 was manifesting itself “more seriously” in the lungs, kidneys and heart.

A hospital in Gujarat has enabled the first pediatric wing dedicated to coronavirus patients in the country.

“In all of the past year I did not see an increase in cases as significant as the one I saw in the last week,” says editor Tanu Dogra, 28, who was bedridden for a week in March after testing positive for covid-19.

“Everybody on my wall [de Facebook], in my WhatsApp, messages are being sent because they tested positive“, he comments.

Meanwhile, the authorities imposed weekend confinements and curfews to stop the spread of the virus, but health professionals demand that the vaccination be extended to all age groups, as it is now limited to those over 45 years of age.

A situation aggravated by the collapse of the hospitals.

“When I talk to my colleagues in major cities in India, [me cuentan que] have many calls from patients looking for a bed“Venkat Ramesh, an infectious disease specialist at the Apollo hospital in Hyderabad, in the south, told AFP.