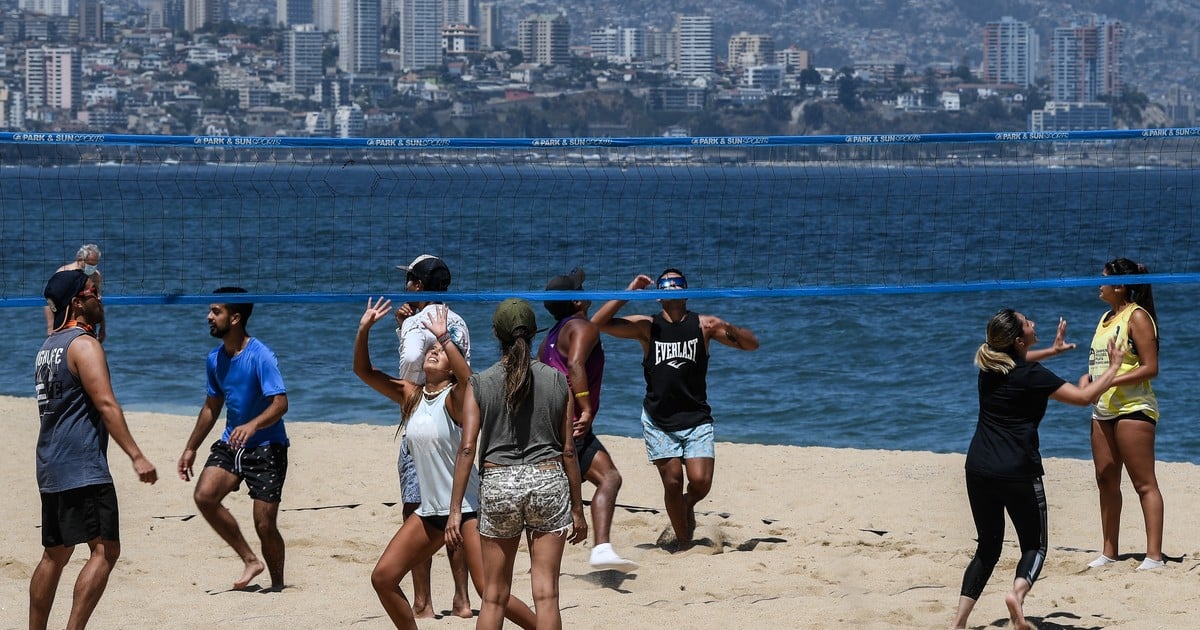 The pandemic continues to worsen in Chile, where 6,249 new cases of coronavirus were registered this Thursday, the highest number since the peak of last June and which has led the authorities to decree new total quarantines in the center of Santiago and Viña del Mar, among other cities.

“Quarantines are extremely harsh measures, it is not easy to enact them. We have analyzed in detail all the factors (…) Health reasons predominate over economic arguments “, assured the Chilean Minister of Health, Enrique Paris.

The rest of the city remains at the moment with freedom of movement during the week, restaurants and non-essential shops open until 8:00 p.m. local time and curfew at 22.00 local time.

The center of Santiago de Chile will go to a total confinement. AFP photo

In addition to the center of Santiago, the authorities announced that on Saturday they will begin a new total confinement of large cities such as Viña del Mar (central coast), Concón (central coast) and Iquique (north).

“We are asking the various business associations for an additional effort,” said Economy Minister Lucas Palacios at the same press conference.

Chile has been sunk since December in a second wave of the pandemic, with daily new case figures that are similar to those of June and July, when the first great peak of the pandemic passed – with a record 6,938 infected daily – and the health network was on the verge of collapse.

Unlike those months, when the positivity rate – the number of positive results for every 100 exams performed – came close to 40% in the capital, the country registered a national rate of 8.7% this Thursday.

The total balance since the beginning of the pandemic arrived thus to the 911,469 cases and 21,988 deaths, after registering 172 deaths in the last 24 hours.

The number of patients in the active stage of the disease, which means that they can be contagious, is at record highs (34,228), as well as hospital occupancy: there are 2,152 hospitalized, of which 1,881 are connected to mechanical ventilation.

“The work that the health system has had is giganticWe ask you, with great humility, one last effort, “added Paris.

Despite the bad data, Chile continues to advance in its successful vaccination process and on Tuesday exceeded the 5 million barrier of people who have already received at least one dose, a figure that encompasses the entire population at risk and which arrived 15 days earlier than expected.

According to the One World Data registry of the University of Oxford, Chile is the country that vaccinates the fastest in the world, with 1.5 daily doses per 100 inhabitants.

Mexico reaches an agreement with the US to access 2.5 million doses of AstraZeneca