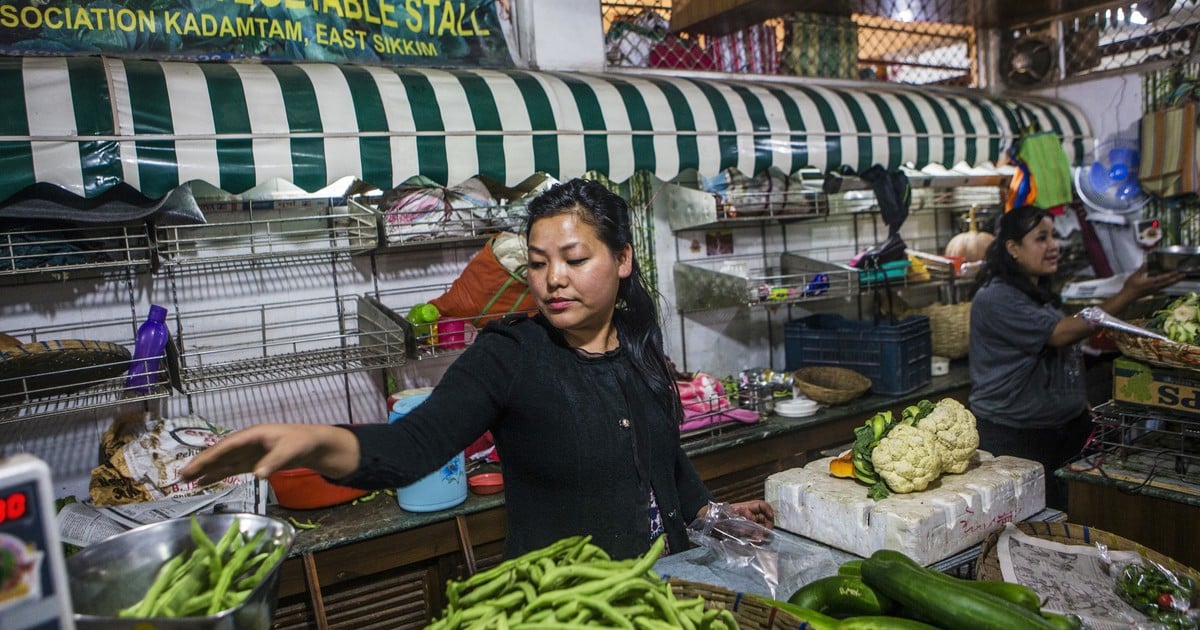 According to FAO (“Food and Agriculture Organization” of the United Nations) more than 40% of the fruits and vegetables produced by India every year for a value of US $ 8.300 million annually, they are lost (rot) before reaching consumers.

To this you have to add 21 million tons of grain, mainly wheat, which is wasted every year due to the functional incapacity of the “Food Corporation of India”, which is the official body in charge of purchasing its production from Indian farmers.

The peasantry is more than ½ of the population –There are about 750 million people-; and within that total, there are some 300 million extremely poor (indigent) who constitute the hard core of poverty in the world.

The Indian federation is the eighth economy in the world ranking; and with its epicenter in Bangalore, it has the largest high-tech service in the global system. It should be added that more than half of the holders of high-tech companies in Silicon Valley in the US are of Indian origin. Finally, it should be noted that India is a nuclear and a missile power; and it does all this with 300 million extreme poor (destitute).

FAO’s estimate is that more than half of children under 5 years of age are chronically malnourished (starving) in the Republic of India; and that the direct consequence of this is a situation of stupor (inability to learn) of this decisive segment of the population of the subcontinent, which therefore has an average life span of 20/25 years.

At the same time that this happens, only 10% of perishable goods distribution chains have modern storage capacities (cold, automated equipment, etc.), with the addition that practically all of these services are used for the treatment of potatoes and their derivatives, which virtually excludes other vegetables.

That is why it is estimated that no less than 370 million tons of perishable products remain in the open and are therefore lost per year.

Any attempt to modify this system has met with active resistance from the peasantry, who stubbornly defends the status quo.

This is directly linked to the extreme fragmentation of the productive units of the peasantry – less than 1 hectare on average; and the consequence is a very low productivity, less than 1/10 of that of the United States, with income levels typical of a mere subsistence situation.

This makes Indian agriculture, whose water resources are extremely erratic and come exclusively from the “monsoons” that break out on dates difficult to foresee and only 3/4 months out of the year, permanently on the brink of gigantic and lethal famines.

What is remarkable is that the specialized structure of the state has become a fundamental instrument in maintaining this ruinous status quo.

The reason for this paradox is that when India became independent in 1947, the priority was to guarantee the food security of its population, At the time, it was made up of about 350/400 million people, while today they exceed 1,500 million.

Then a mechanism was created whereby producers sold all of their crops to the State, especially wheat and rice, and did so with officially guaranteed prices.

The result was all diversity in production was eliminated, while scarce water resources tended to be depleted rapidly through a general wasteful process. To this we must add that as was absolutely predictable a small group of large producers took over practically all the markets, plunging the rest – more than 80% of the total – into complete marginalization and stagnation, which is the current situation.

The core of this system and the key to its dominance is –obviously- the guaranteed price mechanism; and this means that the necessary consequence is that investment has practically disappeared, with an exclusive concern for the day-to-day.

This chronic crisis of stagnation and marginalization that is typical of Indian agriculture, the coronavirus pandemic has turned it into an acute crisis, deep and generalized, transformed into irreversible by the massive migration that it has caused from the countryside to the cities, which encompasses hundreds of millions of peasants, and has highlighted the poverty – the misery – of its peasantry.

This is the moment of truth for Indian agriculture and there is no way around it.