The controversy of Getafe-Real Madrid: goal annulled to Mariano, possible penalty to Ünal … 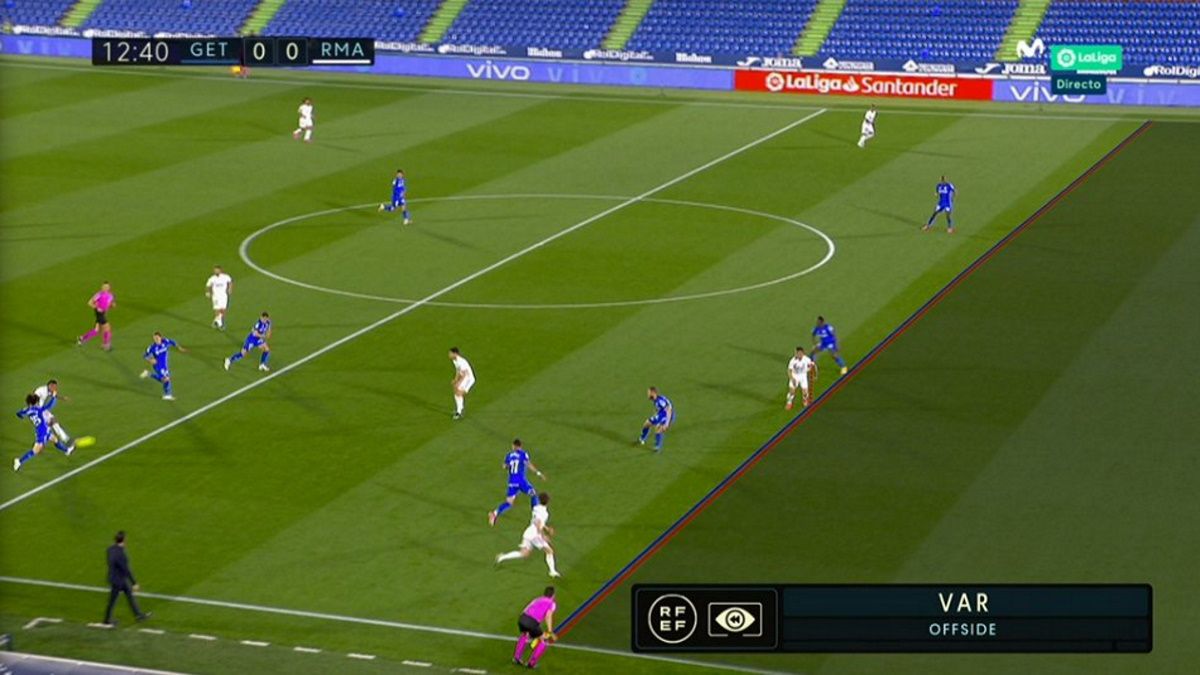 We review the controversial plays of the Getafe-Real Madrid of the day 33 of LaLiga Santander that takes place in the Coliseum:

Sánchez Martínez annulled Real Madrid’s goal for offside in the 8th minute of the match against Getafe, with 0-0 on the Coliseum scoreboard. Mariano received a pass from Militao and headed for David Soria’s goal. The white striker scored, but the Murcian referee canceled the goal due to an illegal position at the request of his assistant and from the VOR room, the Andalusian Munuera Montero confirmed the invalidity of the goal with the VAR images.

“It is a play very to the limit where the perspective, depending on which camera they put on you, you think it is offside or not. The first repetition seems like a goal to me and in the second I have doubts. But I repeat it: these plays are not 100% reliable, they have a percentage of error. And the offside is in the first touch of the ball, not when it goes out, and in the repetition it seems that they have cut the play with the ball going out and not in the first touch. These plays so to the limit I would always leave what the assistant has decided “, Iturralde González explains, AS referee and the Sports Carousel of the SER.

Possible penalty from Militao to Ünal (19 ‘)

Twelve minutes later Getafe claimed a possible penalty in a demolition of Militao to Ünal on the edge of the area. “It is a dispute over the ball where the one who starts the contact is the striker from Getafe. The referee, in a very good position, is right not to whistle a foul,” says Iturralde.

Oscar 2021, the year of diversity and award-sharing