The control of public opinion with media populism 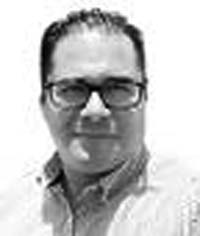 The media build the agenda of public opinion in citizens, so their thoughts are linked to the information they receive, which is currently not only through newspapers or television, but also through social networks. The discourse of the rulers builds reality in the ruled, for which reason in a populist government system as they have developed in Latin America, it is linked to the ideas that they spread and the discourse that the rulers construct to justify their actions.

Democracy as a government regime endorsed by citizens is built from a collective pact, in the contractualist vision to obtain collective benefits, but which has undergone transformation in the historical context. Currently, populist governments – as they have been called – are formed in speech, because they require social support and of course that the opposition parties do not block the actions of the government in power. Under this approach, the framing or media framing builds polarized scenarios, through its rhetoric, the way of naming things and of course the public discourse on social networks.

Previously, traditional media such as newspapers and television acted as mediators of messages between politicians in power and citizens. Currently, the rulers themselves are the ones who take the lead, build symbolic elements, centralize power and also control the institutions. The collective imagination, what society thinks is built through the information they receive. Society is therefore mediated, because it recognizes the messages it receives and adopts them, justifies them and of course reproduces them.

In such a way that democracy has gone from being a consensus government, where everyone participates; to a government of citizen participation, where the majority endorses what the leader proposes. In the consultation that is proposed to be held for August 1, a problem arises, linked to corruption and the improper exercise of the functions of former presidents and a process of accountability is proposed.

Therefore, we went from a free mandate, where rulers and legislators could act and make decisions as they best considered, in addition to seeking the common good in the hypothetical sense. However, now with this populist mandate, it is proposed that the citizens participate in the demand to call the representatives of the people to account. Therefore, a strong dilemma arises: to move from the representation of the free mandate to the populist mandate, where decisions must be binding and close to the power of the president.

In this sense, the discussion is opened to guarantee information for all citizens, so that they are able to make informed and documented decisions, not only from the information that is disseminated on social networks and in official information spaces. Access to information is one of the prerogatives of liberal governments, of the victories of the French Revolution and of the Mexican Revolution, for which we must always demand more information.