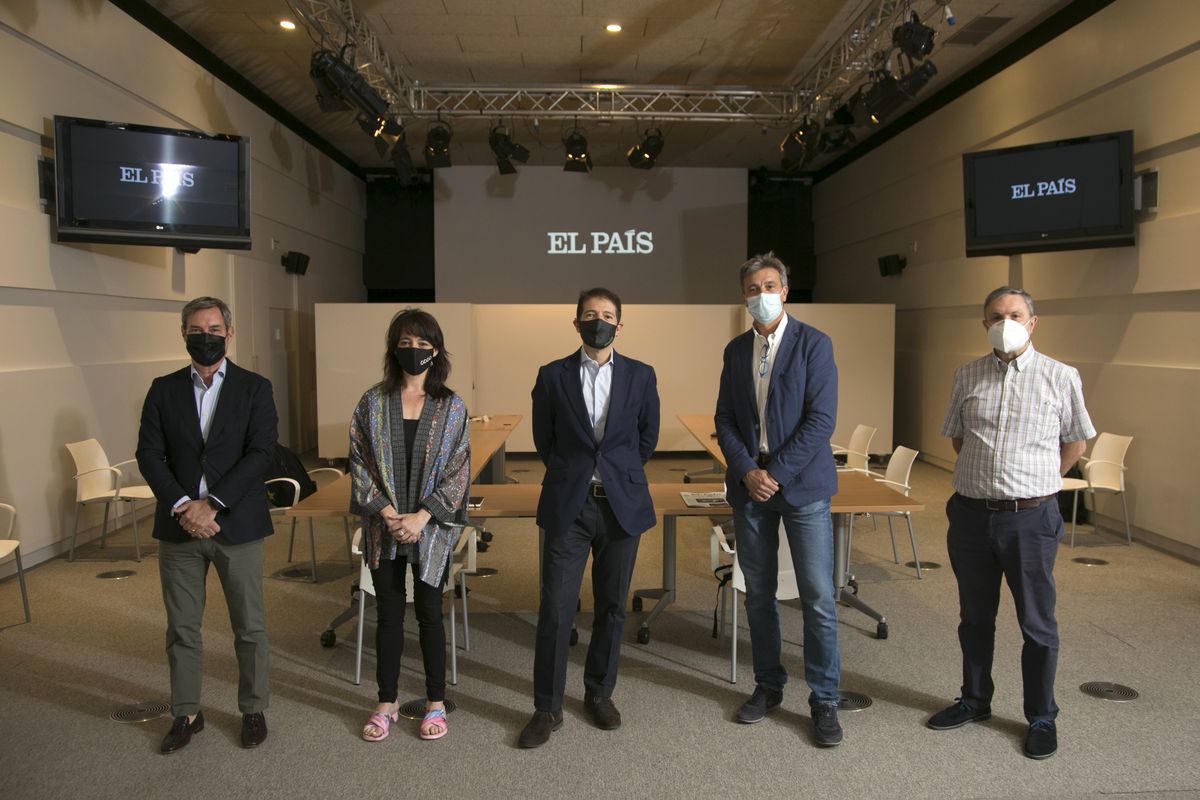 The circular economy is in vogue. Taking advantage of waste, extending the life of products and reducing the consumption of raw materials has taken on a dizzying speed. In the process of economic recovery, the formula of reuse, repair and recycle (which in its broadest sense also includes redesign, reduce, renew and recover) is presented to many people and organizations as the great ally to meet the Sustainable Development Goals (ODS), among which is the fight against climate change. And, above all, it has become the spearhead in the strategies of the business world before a wave of consumers and investors who seek only brands committed to the planet.

“Companies have been betting on sustainability for a long time, it is not a matter of now”, according to Óscar Martín, CEO of Ecoembes. The current challenge is to give the environmental factor the same importance as any other variable that directly affects the business, explained Martín during an event organized by EL PAÍS and sponsored by Ecoembes. “If we internalize the cost of making use of scarce resources, the income statement changes enormously”, acknowledged Cristina Monge, executive advisor of Ecodes, political scientist and professor of Sociology at the University of Zaragoza, during her speech at the meeting, held on last Monday and titled The strategic role of companies in the post-covid-19 circular economy.

Changing the current model (based on producing, buying, using and discarding) requires concrete actions. It is a matter of “survival of the financial structure of the company”, recognized Jaume Miquel, president and CEO of Tendam, a firm in the fashion sector that owns Cortefiel, Springfield and Women’secret. According to the manager, the investing world has realized that the future will only belong to those responsible companies. “This depression mechanism is going to greatly accelerate the transformation of companies,” he added. In recent years, socially responsible investing has gained popularity. Today 65% ​​of the management companies operating in Spain have funds that follow sustainable criteria and another 29% are in the process of building them, according to a recent analysis by the Inverco Observatory.

Sustainable investing is no longer a fad. It has come to stay. And coupled with this is the pressure from citizens who look for brands with references that take care of the planet. “Employees will not want to work in companies that are not sustainable. Consumers will not want to buy products that do not demonstrate that they are really respectful and have a clear agenda with the environment …, they are terribly demanding ”, acknowledged Narcís Roura, CEO of PepsiCo in Southwest Europe. For Manuel Guerrero, executive director of the Circular Economy Foundation, the pandemic has been a point and apart in this transformation. “The weakness of a system has put us on the table,” he commented at the meeting.

Guerrero stressed that the great failure of the system has a name: the residue. “The elimination of the waste will take us or will bring us closer and closer to circularity… because we manufacture, use and eliminate the excess. As long as we don’t turn that around, change will be impossible ”, he stressed. To take that step, a new ranking of the famous R’s (reuse, repair, recycle, redesign, reduce, renew and recover) must be made, said Martín, from Ecoembes. “Recycling has to be towards the end.” In this sense, the commitment of the environmental organization is in ecodesign. “Ecodesign products before they are put on the market; more than 70% of the environmental cost of any product can be avoided in this phase ”, he added.

The circular economy represents just a small part of GDP: 8.5%, according to the head of Ecoembes. But its potential is enormous. The Ellen MacArthur Foundation, the World Economic Forum, the European Commission and the European Environment Agency agree that the circular economy will generate economic and business opportunities, allowing the creation of new jobs and occupations. The scenarios and projections carried out indicate that by 2030 it can generate an additional increase in European GDP of 0.5% and incorporate 700,000 new jobs in the region. The time to act is now.

“We have the Next Generation funds in front of us. There will never be an opportunity of this type again ”, remarked Miquel, from Tendam. On the table there is a tsunami of resources: 72,000 million euros from the European Union in non-reimbursable subsidies and 68,000 million more in credits. In total, 140,000 million in the next six years, of which 37% will go to issues related to the ecological transition. “But 100% of the funds have to respect the principle of not significantly damaging the issues of the natural environment,” said Monge, from Ecodes. “It is time to move from the muses to the theater,” he settled.

“It is true that there is no alternative, we are running out of time,” added Martín. According to the expert, humanity is living as if we had 1.75 planets at our disposal to continue producing and consuming in a “wasteful” way. “You have to raise the urgency. The challenge is titanic and we all have to get involved ”, added Roura, from PepsiCo. The manager said that transforming the model is possible. “When I see the effort that has been made to develop more than one vaccine against covid, I think we are capable of making the change.” But to achieve this, it is necessary to continue making progress in raising awareness, but above all in environmental education.

The main objective is to start giving environmental information at an early age and to continue throughout the student’s training process until they reach university, said Guerrero, from the Circular Economy Foundation. Only in this way will new consumption and production needs be generated that will lead to demand for innovative profiles such as, for example, expert ecodesign engineers. Without a doubt, education is essential to create a circular economy. “It has to be in the equation,” Martin concluded.

Towards a new model

Spain gave the green light in 2020 to the Spanish Circular Economy Strategy, Spain Circular 2030, which lays the foundations to overcome the linear economy and promote a new production and consumption model. The goal is to reduce the national consumption of materials by 30% in relation to GDP, taking 2010 as the reference year; reduce the generation of waste by 15% compared to what was generated in 2010, and cut the generation of food waste throughout the food chain. In addition to this, it is intended to improve efficiency in the use of water and reduce the emission of greenhouse gases. The strategy is intertwined with the main international initiatives, such as the 2030 Agenda for sustainable development or the Paris Agreement on climate change, as well as with the postulates of the European Green Deal and the two Action Plans of the European Commission.