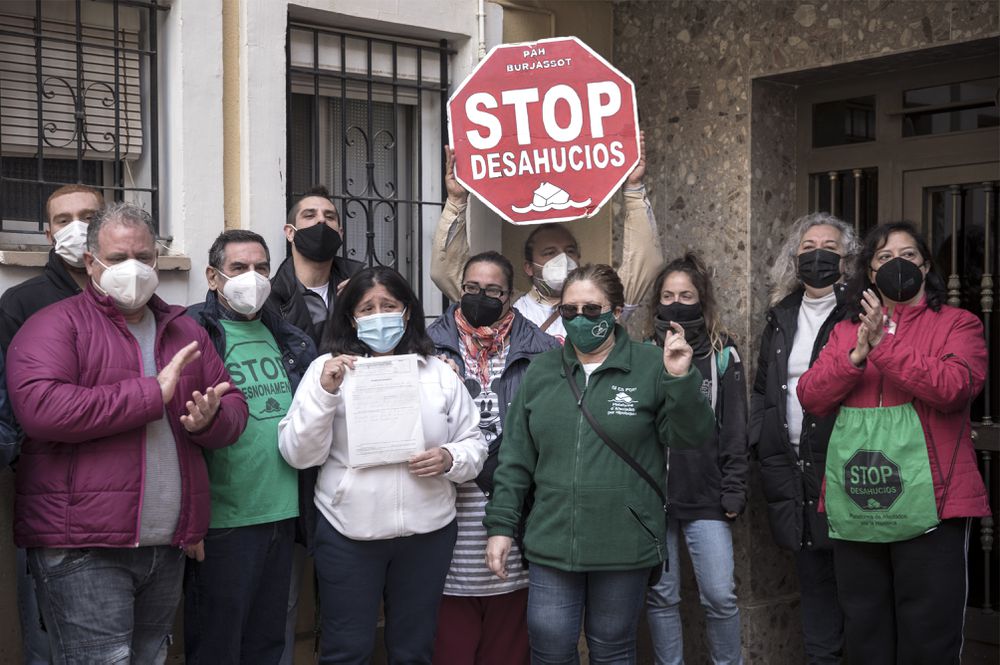 The Constitutional Court admitted this Thursday the appeal of unconstitutionality presented by the PP against the decree law for the protection of consumers and users in vulnerable situations, which was denounced by this party as a norm intended to protect and legalize the squatters of homes and local. The decree-law established, among other points much discussed during the parliamentary debate of the initiative, that in criminal proceedings “in which the launch of the habitual residence of those people who are living in it without any qualifying title to do so is substantiated, the The judge will have the power to suspend the launch until the end of the state of alarm ”.

Admission for processing implies that the Constitutional Court will decide by means of a sentence whether this and other precepts challenged by the PP parliamentary group conform or not to the Constitution. As a precedent, on February 5, the textual content of an anticipated ruling a few days before was released in which the magistrates issued clear warnings about the legislative reforms underway in matters related to housing. The resolution referred to the Catalan anti-eviction rule, and in its legal foundations it provided clues as to the sensitivity of the court towards this type of legal modification. The sentence warned in this sense of the risk of unconstitutionality of “coercive, non-voluntary” measures imposed on the owners of flats, for affecting the right to property.

The appeal of the PP affected this line, arguing that “by empowering the judge to suspend the eviction in criminal proceedings with respect to economically vulnerable people with no alternative housing that are living in homes without any enabling title to do so, the power of disposition is necessarily conditioned of their rightful owners ”. The challenge considered that the “alleged social function” of legal provisions of this type was not sufficient reason to deny said “right of disposal”.

Another ground of unconstitutionality that the court of guarantees must examine referred to the right to enforce judicial decisions. The appeal argues in this sense that “a regulation such as the one contained in the contested royal decree, according to which the judge can suspend the eviction provided for in a criminal procedure, has a direct and not tangential impact on said right, which is why it has to be considered unconstitutional ”.

The appeal of the PP was presented on February 22, after a harsh parliamentary debate registered on the 4th of the same month and in which the PP spokesperson, Cuca Gamarra, argued that the decree does not have “real measures” in favor of the consumer vulnerable, and that with the initiative “it is revealed” that what is intended is to “provide protection” and “protect” the squatters. Vox and Ciudadanos also opposed the reform, while the PSOE spokesperson, Marisol Sánchez, accused these three political forces of wanting to “scare” citizens. Finally, Laura López, from United We Can, answered the parties opposed to the decree criticizing that they equated vulnerability to something pejorative and urged her to read article 47 of the Constitution, on the right of Spanish to access decent housing, to finally ask if it is that “you only have the pages of private property”.

Ministry of Health: 182,498 doses of Corona vaccine were provided during the past 24 hours