The confiscation of 1460 bird noises in Sharjah 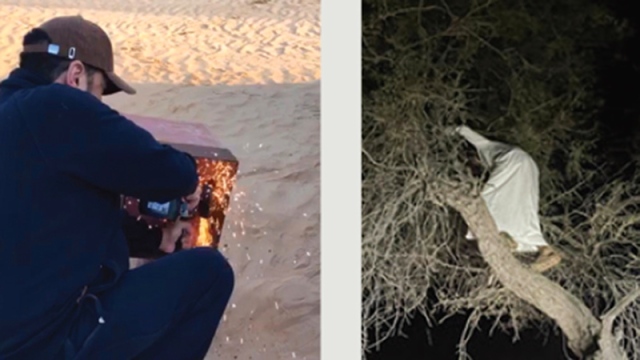 The teams of the Environment and Protected Areas Authority in Sharjah seized and confiscated 1,460 bird noises during the return season of bird migration last March, and said that the number of confiscated devices increased during previous periods for several reasons, most notably: the expansion of the inspection scope in the emirate, and the increase of inspection patrols.

The head of the authority here, Saif Al Suwaidi, said that the tasks of the teams were carried out within the framework of controlling and confiscating bird noises in the emirate, based on the decisions and laws issued by the Executive Council, and the continuous and unlimited support by the authority, as the inspection campaigns were intensified to control and confiscate bird noises. Banned, (the season of returning bird migration in last March).

The authority’s field and specialized teams, during their tours in the various regions of the Emirate of Sharjah between (February 28 and March 28, 2021), were able to seize and confiscate 1,460 devices. These devices are used in hunting birds by attracting them through sounds, as they lead to the gathering of birds in large numbers around it, and then Nets are set for them to fall into or to throw with spray guns, as the handling of such devices has negative effects on wildlife and the destruction of natural resources.