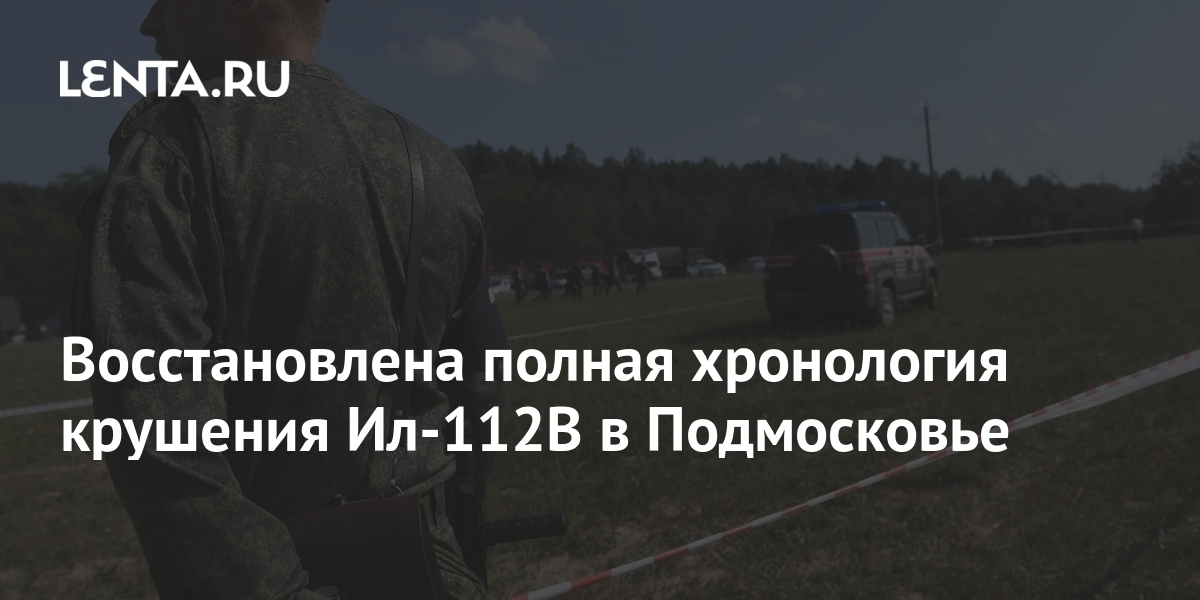 The crew of the prototype of the newest Russian military transport aircraft Il-112V, which crashed in Kubinka near Moscow, took off from the Ramenskoye airfield at 10:35. Complete flight chronology restored edition “Komsomolskaya Pravda”.

At 11:09 the plane landed at the Kubinka airfield, from where at 11:14, after a scheduled inspection, it took off for an experimental flight over the Patriot runway.

At 11:18 the aircraft commander Nikolay Kuimov informed the dispatcher about a fire in the right engine, at 11:20 the connection with the aircraft was lost.

The message about the plane crash was received by the control unit of the Cuban Police Department at 11:23 am. After that, the police went to the scene, they found the wreckage of the Il-112V.

As it became known earlier, the crashed plane had several engine problems identified. The first flight took place in 2019, and it was also accompanied by problems. For almost a year and a half, the vessel stood on the ground, then it was again actively exploited and problems with the engine were again discovered.

The crash of the Il-112V during a training flight near the Kubinka airfield near Moscow. There were three crew members on board: the commander, test pilot, Hero of Russia Nikolai Kuimov, test pilot Dmitry Komarov and test flight engineer Nikolai Khludeev. Investigators are considering two versions of the incident: a technical malfunction of the aircraft and a piloting error.