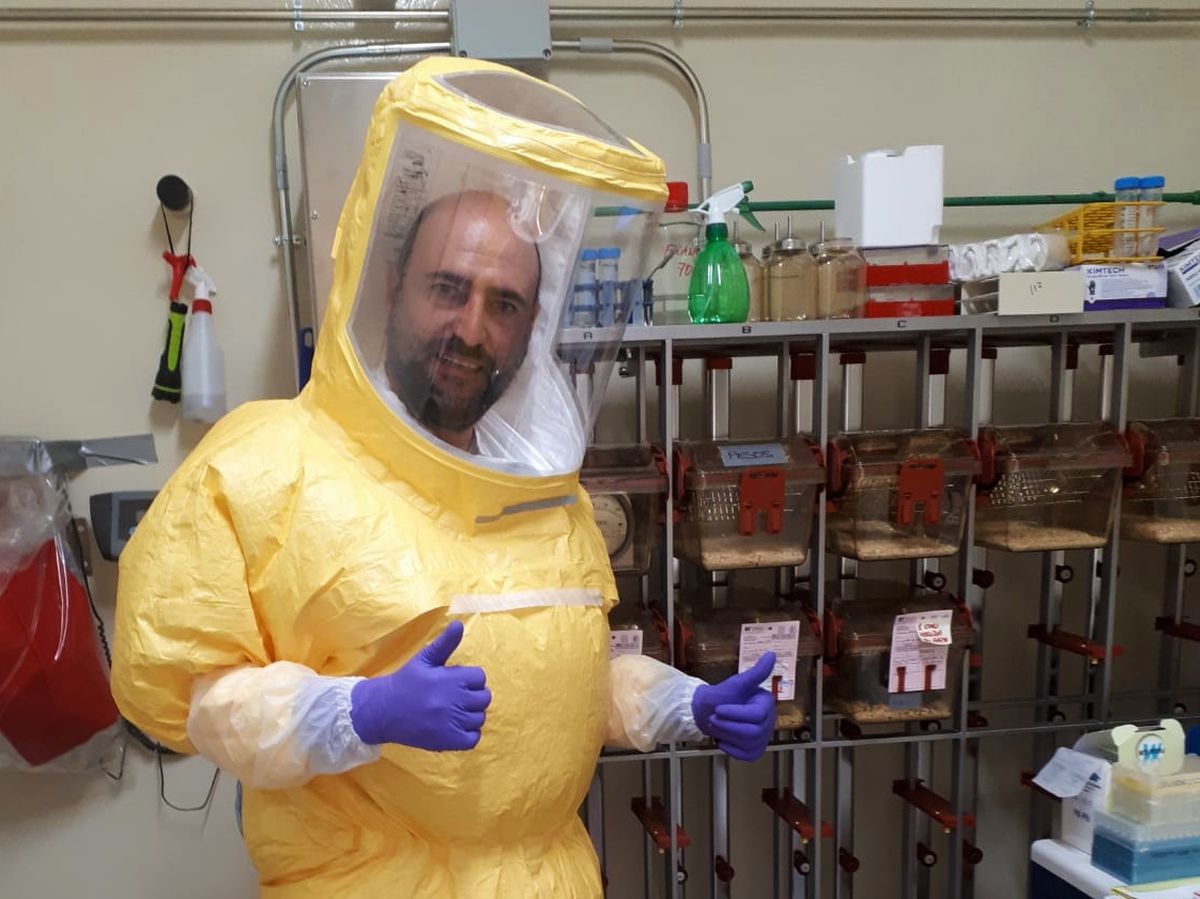 The Community of Madrid has decided to advance the vaccination of the 150 workers of the CSIC – the largest public science body in Spain – who have been working for months exposed to the coronavirus without receiving the vaccine, as confirmed by a spokesman for the Ministry of Health. The investigators, after official complaints and public denunciations, had managed to be summoned for the first dose around May 1, but the controversy generated by this delay has caused the Madrid authorities to rectify and readjust the agenda. The scientists, who will be vaccinated from this Thursday, will receive the injection from Pfizer or Moderna, so they will not be affected by the decision of the Ministry of Health and the autonomous communities to temporarily suspend the use of the AstraZeneca vaccine in those under 60 years of age.

The workers of the National Center for Biotechnology and the Margarita Salas Center for Biological Research – both in Madrid – will be the first to be vaccinated, according to a CSIC spokesperson, to which these institutes belong. In the National Center for Biotechnology there are two of the laboratories that develop experimental vaccines against covid: the one led by Mariano Esteban and Juan García Arriaza and the one led by Luis Enjuanes and Isabel Sola. “The scientists who are working day by day with SARS-CoV-2 should have been vaccinated for months, but the Community of Madrid does not consider it a priority. Regrettable! Terrible management! We need the process to be accelerated ”, denounced García Arriaza on March 31. The researcher has been summoned to be vaccinated this Thursday afternoon, almost a month earlier than initially planned.

The staff of the Severo Ochoa Molecular Biology Center, also in the capital, will begin to be vaccinated as of next Monday. The virologist works in this institute Antonio Alcamí, one of the scientists who started the revolt due to the lack of vaccination. “It seems that it has served a purpose,” celebrates Alcamí, who at 60 has been working with coronavirus in a high-security laboratory and in contaminated areas of hospitals, without being vaccinated. According to this virologist, it was the CSIC Prevention Service that urged the Community of Madrid to advance the injections. The spokesman for the Ministry of Health affirms that it was a decision of the general direction of Public Health. The Royal Decree 664/1997 requires that workers exposed to pathogens have access to relevant vaccines.

The 150 CSIC researchers in the Community of Madrid are not the only ones who have been working for months exposed to the coronavirus and without being vaccinated. A CSIC spokesperson points out that there are at least 50 other workers in centers outside Madrid, such as the Institute of Biomedicine in Valencia and the Segura Center for Soil Science and Applied Biology, in Murcia. The researcher Pilar Marco, of the Institute of Advanced Chemistry of Catalonia, also denounced a week ago that he had lines of work stopped due to the lack of vaccination of his group. His laboratory develops rapid diagnostic tests, essential to combat the pandemic. Marco explains that they remain unspoken.

Three workers from the Carlos III Health Institute – the main public body for biomedical research in Spain – criticize anonymously that in their centers there are also unvaccinated people who have to manipulate patient samples. An employee of the National Cancer Research Center (CNIO) – a foundation belonging to the Institute – estimates that a hundred people work at its headquarters, in Madrid, with samples from hospitals, without having been vaccinated.

A spokesman for the Carlos III Health Institute explains that its members, in general, are included in group 3 of the Vaccination Strategy, as they are not in direct contact with covid patients, so they will be vaccinated after groups 1 and 2 , made up of people at high risk. “However, workers who are working directly with samples with a high viral load of covid, as well as those in occupational health, have already been vaccinated after contacting the Community of Madrid,” says the spokesperson. The agency expects to vaccinate all the remaining staff, some 900 workers, in May. A CNIO spokeswoman emphasizes that, in addition to personnel in contact with human samples, the center carries out training and teaching work. “We have asked the Community of Madrid that CNIO researchers be included as a priority group for vaccination,” the spokesperson details.