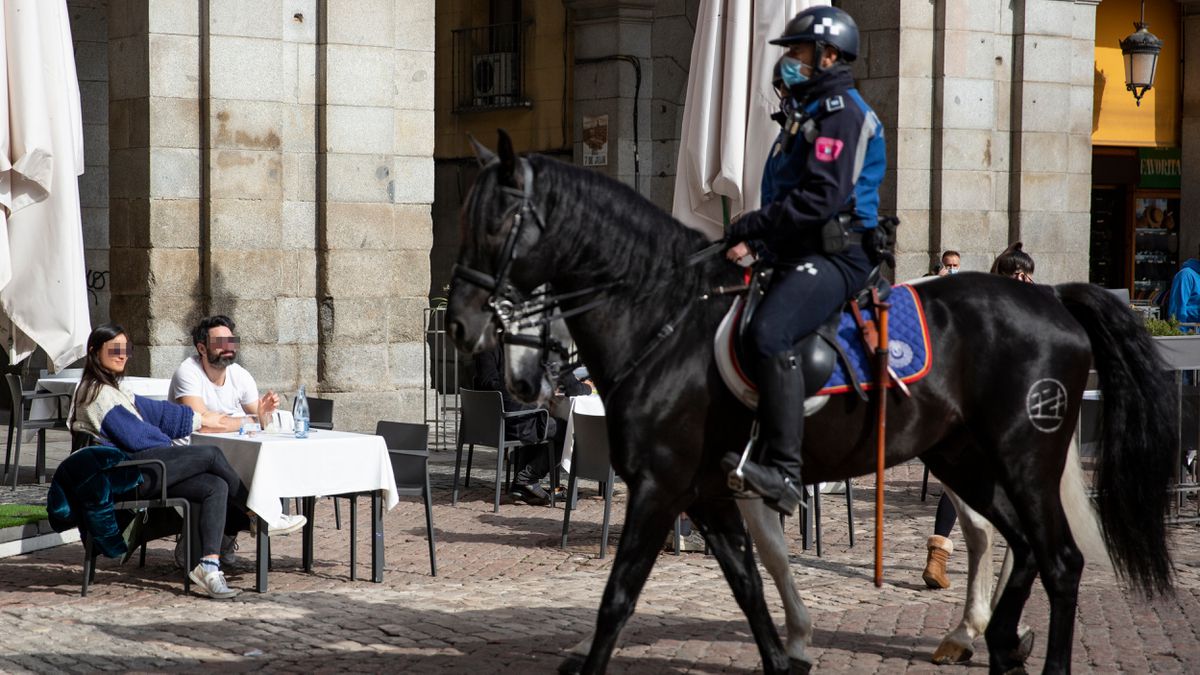 The Government of Isabel Díaz Ayuso validated on Wednesday a contract of 582,252 euros to outsource the processing of complaints and sanctions for non-compliance with health regulations with which it tries to combat the coronavirus pandemic. “The volume of complaints received and the consequent disciplinary proceedings suppose an overload of work,” justifies the regional Executive in the documentation accessed by EL PAÍS, and which reflects incentives for the contracted company to get citizens to pay: 15 % of the proceeds.

Between March 26 and April 4, the Madrid Municipal Police filed 4,654 proposals to punish people who did not respect the curfew — in force from eleven at night to six in the morning—; and 1980 for not using the mask in places where it was mandatory. On those same dates, the capital’s agents took part in 117 illegal parties a day. The balance of Holy Week measures the huge amount of disciplinary proceedings that the Community of Madrid is having to manage for non-compliance with the anticovid regulations, and they have served as an excuse for the Administration to have outsourced their processing, and the procedures for their collection.

The fourth wave of the coronavirus continues to grow in Spain

“The complaints that are being received come from multiple places of issue (municipalities, State Security Forces and Corps, local police, other agents of the authority of different sectors such as forest agents, inspection services, etc.) and through different channels and supports (a significant percentage are handwritten documents, which makes their verification and classification difficult or slower) ”, it is argued in the contract.

It admits that the number of complaints that have been received and, therefore, the disciplinary proceedings that have been opened, are on the rise and represent an “overload of work” that far exceeds the capacity of the current team of the Ministry Health and the means available to them.

The regional executive considers the task so enormous that it has forced the contracted company to have an office of 200 square meters, in which a coordinator, five lawyers and eight administrative workers work. In exchange, the successful tenderer will receive a fixed price of 16 euros plus VAT (21%) per file managed for the provision of the service. And not only that. It will have an incentive similar to that of the tax collector, according to the agreement signed with the company Servicios de Colaboración Integral: “A variable component is established based on the collection actually obtained of 15% plus VAT (21%) of the amount settled and collected in each file within the voluntary entry period ”.

Although the Administration justifies the need to make the effort in the exemplary effect that sanctions will have at a key moment in the fight against the pandemic, the potential loot contained in the tens of thousands of sanction proposals is not a minor issue.

“Agile and swift action is necessary to correct infringing behaviors as quickly as possible and thus, on the one hand, prevent undesirable behaviors that may pose a risk to public health and, on the other, promote observance and adherence to compliance with preventive health measures ”, justifies the contract, signed on March 22, just after the San José bridge, which left 65 detainees and almost 1,500 fines for illegal parties and meetings in Madrid. “[Las sanciones son] the main instrument that allows to correct those individual behaviors that determine a non-observance of the measures adopted in order to protect public health ”.

A way of saying the same thing that the Deputy Minister of Public Health, Antonio Zapatero, assures every time he is asked about the illegal parties that are held every night in tourist apartments throughout the region: “With what is happening with the pandemic, each Once I see them, I can’t understand it ”.

Barcelona – Bayern schedule, TV, how and where to watch the Euroleague