The City, with an eye on the lower courts rather than the Court 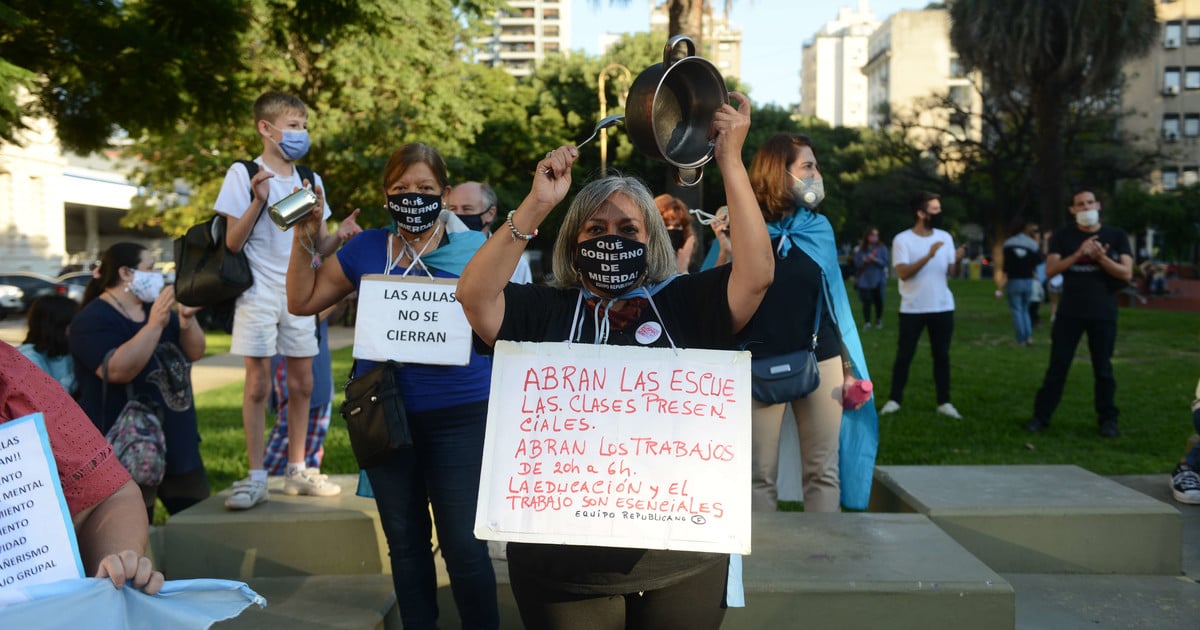 The Government of the City of Buenos Aires has more expectations placed on the amparos filed before first instance judges so that the schools are not closed as in the brief presented by Horacio Rodríguez Larreta before the Supreme Court of Justice.

Close to Rodríguez Larreta they consider that court -Even though the Attorney General’s Office already ruled last night that the case can be dealt with- will not rule before Monday on the action of unconstitutionality, with which it will not be possible to stop in this way the order of the national government so that the Buenos Aires schools remain closed for two weeks.

However, in the City they do consider that A court of first instance may take into account any of the actions for protection presented by individuals, schools and other institutions to suspend the validity of the presidential decree.

The most important of these presentations is the one made by the Official Ombudsman’s Office before the Buenos Aires contentious administrative justice, “in defense of access to education for children.”

In the judicial presentation, to which he agreed Clarion, the nullity of the decree that closes the schools is requested “when they are affected, in a certain and current way and with arbitrariness and manifest illegitimacy, rights and guarantees of constitutional rank, in particular access to the right to education, which is guaranteed by the National Constitution , the Constitution of the City of Buenos Aires and international human rights law put the local State at the head in terms of real availability and access ”.

The presentation requests that “the action be taken” for amparo, and consequently the absolute nullity of the provisions of DNU 241/2021 is declared, and that the City Government will abide by and, therefore, the defendant is ordered to maintain presence in access to education in the scope of the City of Buenos Aires in the period established therein and in future extensions, if any ”.

In the presentation it was highlighted that “it is a faculty of the Head of Government of the City to determine the closure of schools due to the spread of the coronavirus.”

Some time before, the City had submitted to the Court a brief in which it asked that the Decree be declared unconstitutional and based its claim on three axes: the alleged violation of the City’s autonomy, – ”the decision adopted by the State National implies a virtual federal intervention ”; the violation of the principle of reasonableness – “the suspension of face-to-face classes is not justified in empirical data” and the violation of the principle of federal supremacy, according to which “the supremacy of the National Constitution is declared above all the Argentine legal order ”.

Last night, the Attorney General’s Office ruled that the case falls within the jurisdiction of the Supreme Court of Justice.

Unlike the one presented in the contentious-administrative justice, the file before the Court does not require “immediate action”, with which the judges of the highest court may take longer to fail.

In turn, as published Clarion, the judges of the Court prefer that in this case the dispute exhaust the instances of political negotiation between the Nation and the City and not that it becomes a judicial resolution.

Universities Taavi Heikkilä, former CEO of SOK, will take up a new position at Aalto University