The City will pay part of the salary to employees of bars, restaurants and hotels 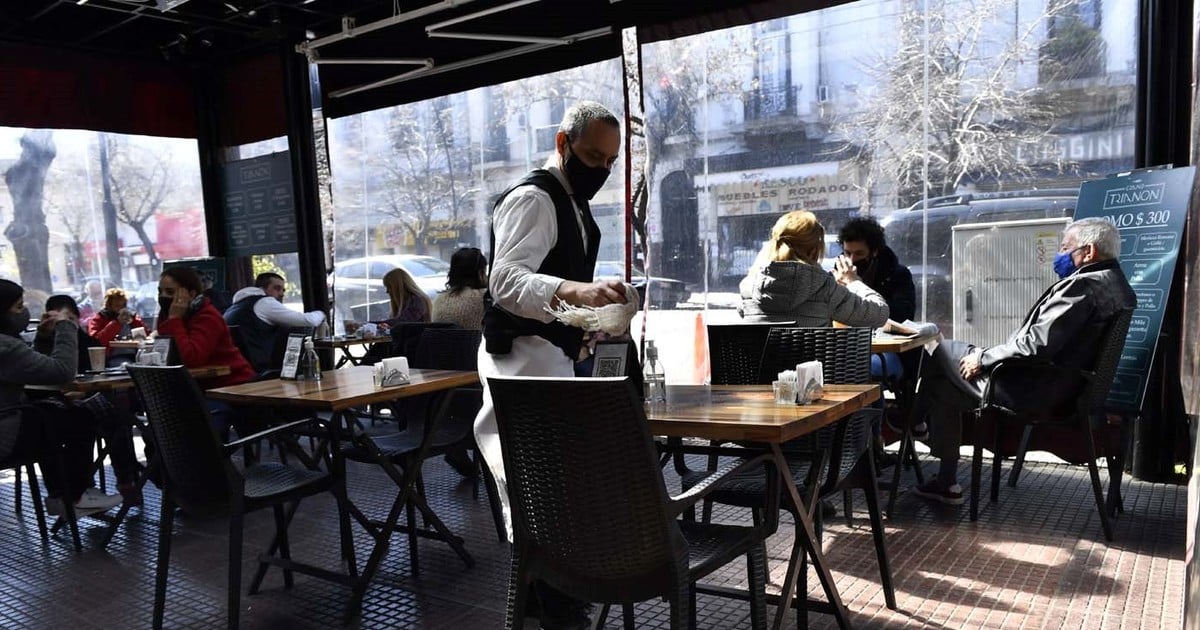 Official estimates indicate that about 20% of employees in the gastronomic and hotel sectors have lost their jobs since the arrival of the coronavirus pandemic and sanitary restrictions. The outlook is bleak in both areas, with closures of establishments throughout the City and in some neighborhoods especially. Now, a new palliative seeks to give them some oxygen: the City will subsidize for one time and with up to $ 15,000 workers’ salaries of bars, restaurants and hotels.

It is an assistance program launched by the Buenos Aires Ministry of Economic Development. They will target a game of close to $ 500 million.

The idea is to reach 62,000 registered employees that have both sectors, which are distributed in 70% in bars and restaurants, and the other 30% in hotels. In addition, it is estimated that in the City there are another 30% of workers in an informal situation.

Bars and restaurants can only now work with up to 30% of the hall’s capacity. Photo: Juano Tesone

The owners of all types of gastronomic establishments may request it for their workers with living room and attention to the street (not catering services, for example). Also, hotel establishments of any category (does not include accommodation hotels).

There will be three types of salary support. The highest, of $ 15,000, will be received by establishments that are in the Communes 1, 2 and 3. This includes Puerto Madero, the Micro and Macrocenter, the Historic Quarter and Courts and the Congress area: these are the areas of the City that are suffering the most from the economic downturn, mainly due to the lack of office workers and tourists.

To measure the drop, the March and April 2019 reported sales versus this year, taking into account the impact of inflation. Most establishments would qualify, given that the estimate is that both sectors lost between 40% and 50% of their income to the pandemic and quarantine.

The hotel industry is badly hit by the ban on foreign tourists. Photo: Rafael Mario Quinteros.

In the Buenos Aires government they estimate that gastronomic and hotel employees have a minimum salary of about $ 45,000, and that the pocket average is between $ 60,000 and $ 70,000. Therefore, with this assistance program you would be covering between 25% and 30% of the minimum income.

Registration is now open, until July 15. It is done through the remote procedures section of the AGIP, on the web www.agip.gob.ar, for which you must have the City Code.

In addition to billing, to access the subsidy the employer must commit to do not staff and for employees to undergo training in safety and hygiene for issues and protocols of the pandemic.

“To this measure, like the others we take, we discuss it with the cameras of the sector. protect employment and to help the gastronomic and hotel sectors “, assured the Minister of Economic Development of the City, José Luis Giusti.

The reference has to do with other rescue plans launched by the Buenos Aires government, although in that case aimed at businesses and not employees.

From time to time, the bars and restaurants were exempted from paying Gross Income in the June, July and August installments. They had had the same benefit between last September and February.

In the case of hoteliers, who are more affected because the possibility of foreign tourists arriving remains closed, what was granted by law was the ABL payment exemption for six months, between April and September.

Access to the Buenos Aires salary support program is not exclusive with other assistance plans, for example Repro, of the national government.