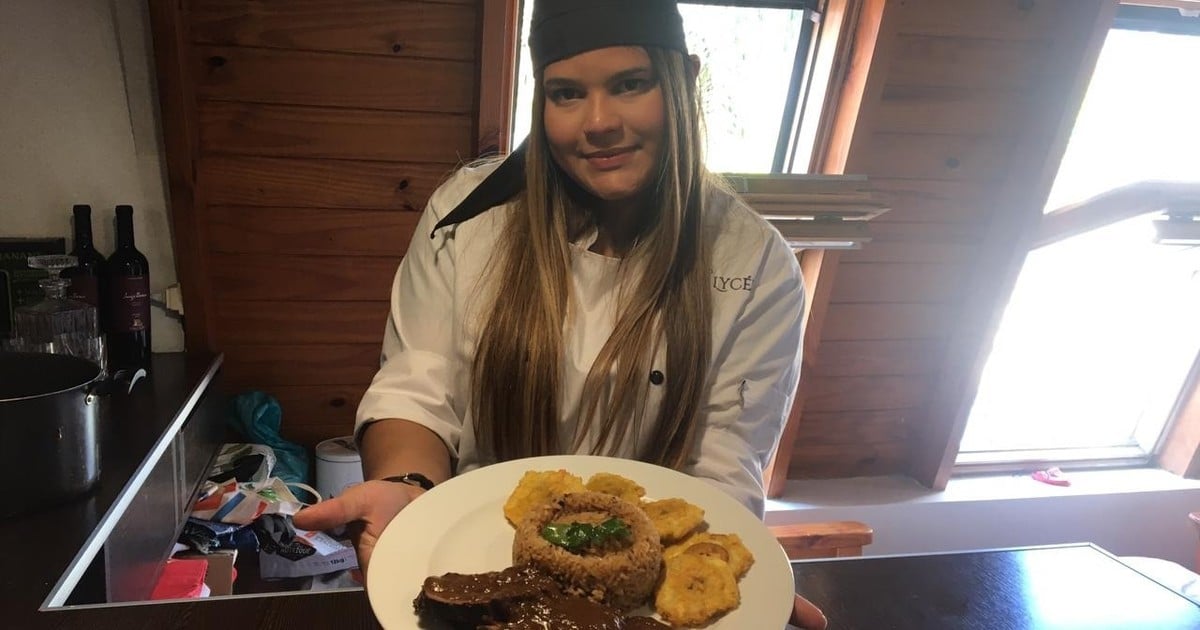 Last week, 20 chefs from different communities competed through social networks preparing the typical dishes that they bring from their countries of origin and, from the vote of 10 thousand residents, the 5 finalists emerged that this Saturday, between 4:00 p.m. and 5:00 p.m., will cook the final dish.

The first and second places will get a stand in the next “Patio de las Colectividades”, the fair organized by the City’s Undersecretariat for Human Rights and Cultural Pluralism so that gastronomic entrepreneurs can sell their products.

The finalists, who accumulated 5,326 votes from the people through social networks, will now have to measure themselves in a face-to-face challenge that will take place at the Scuola Pizzaioli facilities before a jury that will be made up of Pamela Malewicz, Undersecretary of Human Rights and Cultural Pluralism ; Martin Molteni, professional chef, and Guillermo Kellmer, journalist from Clarion.

Due to the existing protocols for the coronavirus pandemic, only the participants and the jury will be in the place, therefore the event will be broadcast on Instagram and Facebook by @dhumanosba, with the aim that all residents of the City can participate in the competition from their homes.

“This initiative seeks to highlight the importance of gastronomic traditions and customs, where beyond cooking delicious things, behind these recipes are our roots and the stories of our families, which laid the foundations of the cultural pluralism that today makes Buenos Aires unique ”, highlights Pamela Malewicz, Buenos Aires Undersecretary of Human Rights and Cultural Pluralism.

The premise of the contest is to exhibit pluralism, diversity, customs and traditions within the City through a cooking competition where representatives of each community can demonstrate their culinary skills and present the typical dishes of their countries of origin, which represent their past, that of their families and their life stories.

The Challenge of the Communities is held in the City every year during March on Avenida de Mayo, where 70 stands were installed and 50 thousand people were invited, who enjoyed one of the most important festivals of the communities. However, the pandemic forced to suspend the edition scheduled for 2020 and adapt the initiative, moving it largely to the virtual plane, to turn it into a feasible proposal in current times, where the priority is placed on health care.

Colombian community – Ana María Rosales Zapata: He came to Argentina from Colombia five years ago to begin his studies as a Finance Specialist. For her, gastronomy is the expression of who we are and the feeling of our roots. He currently has a Latin gastronomy venture.

Korean Collectivity – Joong Hee Ho: Martín, as everyone calls him, came from Korea 44 years ago, is a member of the Korean Association and has a Korean restaurant located in downtown Buenos Aires. For him, gastronomy is what best represents the culture, customs and beliefs of each community and he is very excited to know that people dare to experience new flavors every day.

Gustavo Montestruque, from the Peruvian community

Peruvian community – Gustavo Montestruque: He came to the country from Peru for work and his connection with the community is permanent. He currently works as a chef in two renowned restaurants in the City. He considers that gastronomy represents the Peruvian in the most intimate, in the deepest part.

Camila Holik, from the Ukrainian community

Ukrainian community – Camila Holik: Descendant of Ukrainians from a mother and father family, she is a dance teacher in the children’s group of a Ukrainian dance corps. He assures that gastronomy is essential when it comes to preserving customs and traditions, since recipes are transmitted from generation to generation and carry with them the secrets and flavors of the ancestors who inhabited those lands.

Ricardo Peñaranda, from the Venezuelan community.

Venezuelan Collective – Ricardo Peñaranda: He was born in Caracas and came to Argentina from Venezuela to seek new horizons. He is currently running a Venezuelan gastronomy venture, where he is characterized by always preserving the Creole flavor of his country. For him, continuing to eat his typical dishes, being able to meet in places to eat his food and deciding to prepare it is an activity that fills him with pride and great happiness.

This is the world’s first hydrogen-powered mobile clinic

‘JUST THE JOB’ as Orihuela mayor is accused of taking € 200,000 for work he never did on Spain’s Costa Blanca – Olive Press News Spain