The City enables vaccination for people over 40 starting tomorrow 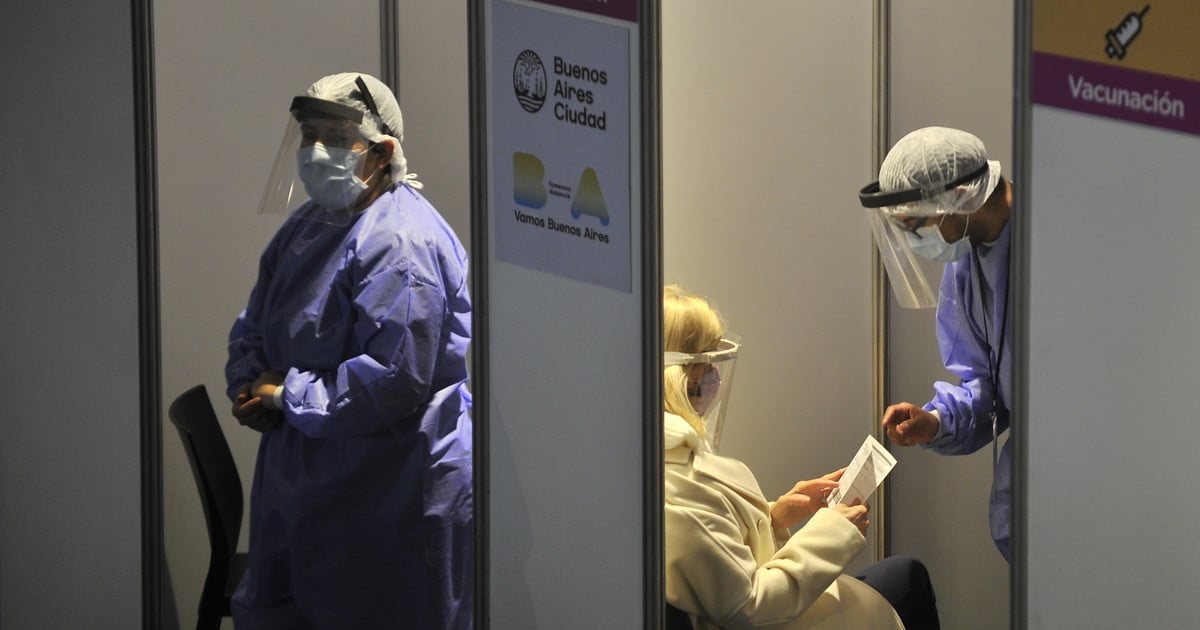 The arrival of vaccines As of this Monday, which according to official data will be maintained during the week, it allows the Buenos Aires government, and the rest of the jurisdictions, take steps forward in the immunization plan. While in the City the application of doses between the over 45 years old, who began to be vaccinated last week, now the plan will continue the enrollment of over 40 from this Tuesday at 8.30.

To register you have to enter the page City website and enter the data requested by the form. Then, as with the previous stages, an email arrives with the confirmation. Later, by mail or whatsapp, the person receives another message in which they can choose the turn and the place. Neighbors can also sign up calling 147.

At the same time, in the City there are 60,000 people, according to official data, that before the end of June they turn 12 weeks stipulated between the first and second doses. The most complicated are those who wait for the second component of Sputnik V, whose production and delivery are delayed.

This Monday afternoon a new shipment from the United States arrived at the Ezeiza airport with 1,139,000 doses of the AstraZeneca vaccine. In addition, two million Sinopharm are expected, which will arrive between this Monday and Tuesday. Also, the entry of 1,189,160 vaccines from AstraZeneca is scheduled for Friday. And it is not confirmed, but there are versions that indicate that a batch of the second component of Sputnik V could also be added.

Before the end of this week, then, they would arrive at least 4,328,000 vaccines. Since the City receives between 7% and 8%, it would be between 300 and 350 thousand doses that would allow him to complete the vaccination of those over 50, continue with that of those over 45, which has been underway since last week, and open the registration to give shifts to those over 40.

The City enables vaccination for those over 40 years of age. Photo: Lucia Merle

In the case of AstraZeneca doses, they will also be used to complete schedules that are about to complete twelve weeks recommended. Different is the case of Sinopharm, since with the batches of March, April and May, the two doses were completed.

The vaccination strategy of the Buenos Aires government, which, together with the rest of the jurisdictions, prioritized advance with at least one dose in most of the population, it could show changes once completed partial immunization of those over 40 years of age.

As more and more people arrive at the stipulated twelve weeks, everything seems to indicate that greater emphasis will be placed on complete the started schemesTherefore, it is possible that the rate of application of the first dose among those under 40 years of age slows down or depends more on the entry of more batches.

According to data published in the City’s data monitor, updated through Sunday, 1,203,585 people had received the first dose, while 354,527 already have both. This means that the 40% of the Buenos Aires population have already received at least the first part of the immunization, while 11% completed it.

The winter months still ahead, and the threat of the Delta variant, which in Great Britain, where there is evidence that protection increases significantly with two doses applied, forced to extend confinement, suggesting that it is necessary prioritize the application of second doses among those most at risk of complications if infected.

Until now, those who are part of the health personnel they are the ones with the most advanced complete immunization. They are followed by the first older adults to be vaccinated between February and March. They are the most vulnerable to eventual infections, and those who could define that decide a change of strategy.