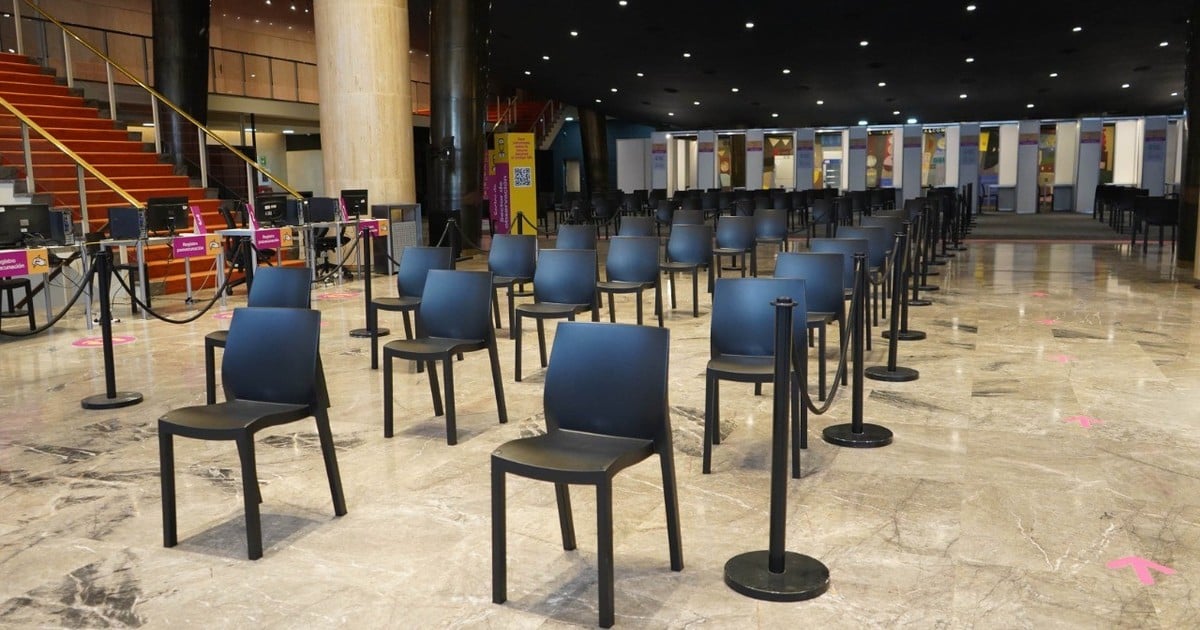 As part of the advancement of the vaccination campaign in the country, the San Martín theater complex -artistic icon of the City of Buenos Aires- joins this Monday as a Buenos Aires center destined to apply doses.

The place will have 14 stalls that will work from 8 to 17 and they will start vaccinating strategic staff.

.This Friday, the Buenos Aires government had enabled the online registration of people from 55 to 59 years and the next stage – scheduled to communicate during this week – will be 50 to 54 years.

This announcement from San Martín is added to that of the vehicular vaccination in Costa Salguero and they are, in total, 36 vaccination centers in CABA.

As reported by Horacio Rodríguez Larreta’s management through a statement, the conditioning of the theatrical space -located at Av. Corrientes 1530, in the center of the City- will allow serve around 1,100 people per day.

.A few blocks away, the Teatro Colón works as testing center. Also the Usina del Arte, which in turn works as a vaccination center with more than 1,600 shifts per day from 8 to 17.

Meanwhile, as announced by the national government, this morning another Aerolineas Argentinas flight will depart for Moscow that will bring doses of components 1 and 2 of the Sputnik V vaccine against the coronavirus.

The novelty is that it will also transfer the first batch of its active ingredient to start production in the country. In this first stage, the packaging process.

It is the twenty-fourth operation carried out by Airlines in search of immunizations against the coronavirus, and the first that will bring the active principle so that the vaccine developed by the Gamaleya Institute in the Richmond Laboratory of Argentina.

At the close of the third consecutive weekend of confinement, the Government confirmed this Sunday 16,415 new cases and others 347 deaths for coronavirus in Argentina.

The occupation of critical beds for all pathologies reached a new peak of 78.7% at the national level, while in the AMBA it stands at 75.3%.

On the way to the 4 million infections detected, Argentina remains the ninth country with the most accumulated cases since the start of the health crisis. This Sunday it reached 3,955,439.