The chip crisis will prevent the production of 7.1 million cars in 2021

Car manufacturers return to work after the summer holidays with a big unfinished business. The semiconductor crisis, far from being resolved, has forced groups like Stellantis, Ford and Toyota to announce new stoppages in their production lines. According to a report by the consulting firm IHS Markit, the shortage will force to stop producing
between 6.3 and 7.1 million vehicles worldwide in 2021. In Spain, nearly 300,000 cars have stopped being manufactured until June compared to the pre-pandemic level.

In the first quarter the shortage forced to stop producing 1.44 million units and 2.6 million in the second. In the third, the estimate is that 1.6 million cars will be stopped, although IHS warns that the calculation should be revised upwards, up to between 1.8 and 2.1 million units less, «if the stops that we see now extend to September “, according to
Mark Fulthorpe, responsible for forecasting on light vehicles. In spite of everything, he affirms that “it is not to be expected that the level of disruption of the second semester will be reached again.” In May, when the shortage was still expected to concentrate only in the first semester, the consulting firm AlixPartners estimated at 3.9 million the units that would cease to be produced throughout the year, with a reduction in turnover of 110,000 million dollars for firms in the sector.

The problem is that, almost at the same time that IHS updated its forecasts, Toyota announced a 40% cut in its production during the next month, with
360,000 fewer cars. In addition to the Japanese manufacturer, which until now had weathered the crisis without major problems, also
Ford and Stellantis new stoppages are completed at factories in the US, Germany and France. Meanwhile, in Spain, the Vigo and Figueruelas factories will have to paralyze their production during the next week, and Seat, from the VW group, yesterday suspended an extraordinary day on line 2, which assembles the Seat León and the Cupra Formentor.

No chips to make chips 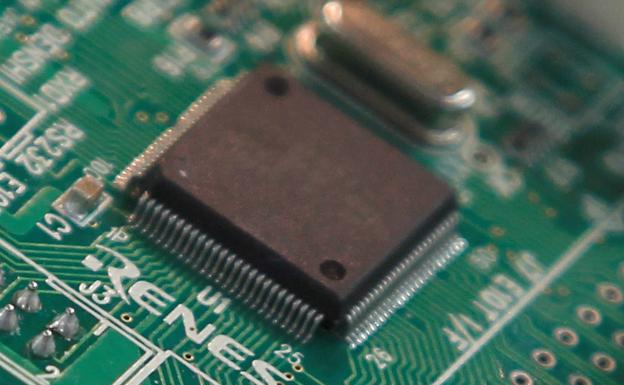 In the first half of 2021, floods in Texas (affecting NXP, Infineon and Samsung factories) and the fire at a Renesas plant in Japan exacerbated the disruption in semiconductor supply, initially caused by the total shutdown of the economy. by the coronavirus. Now, with those problems largely solved, the difficulties have shifted from wafer production (which serve as the basis for semiconductors) to being transformed into integrated circuits. A process that is carried out especially in Southeast Asia, a region particularly hit at the moment by Covid. In fact, several manufacturers coincide in pointing to the
Malaysian supplier problems. The irony is that, according to IHS, the very shortage of semiconductors currently prevents the manufacture of the machinery necessary to accelerate their production.

A modern car needs, on average, 1,400 chips, and an electric one, even more

For the final stretch of the year, the consulting firm foresees
some ‘stabilization’, which would leave world production at 80.78 million units, 8.3% more than in 2020, although far from the level of 2019. The recovery would not come until the second half of 2022. A horizon also managed by the production companies of semiconductors like Intel, Infineon or Nvidia. It should be remembered that, on average, a car needs
1,400 chips, and an electric, even more.

For now, automakers are managing to ride out the situation at a profit. As published by ABC, the ten largest global manufacturers have won
55,000 million euros in the first half of the year. In these months they have resorted to internal flexibility measures in the factories and temporary files (ERTE), while, in the commercial sphere, they are betting on giving priority to the models with a higher profit margin.

This is how manufacturers deal with the situation

This week it announced new stoppages at its plants in Cologne (Germany) and Kansas (USA). It maintains an ERTE at its Almusafes (Valencia) factory until September 30.

The Vitoria factory returns to work on Monday with a guaranteed supply for five days. The factory had to advance the start of the holidays in July, after agreeing to a 30-day ERTE until the end of the year and agreeing to reduce its program by 7,599 units.

The factory in the Zona Franca de Barcelona, ​​which produces the Navara and e-NV200, brought the start of the holidays forward by 15 days in July. Nissan will leave the facilities on December 31.

On May 30, it ended the ERTE at its Martorell factory and agreed with the unions to enable August to recover lost production. Although it has produced 8,000 extra cars, it canceled the shifts on Thursday and Friday, and also on Monday. However, on Monday line 1, the Ibiza and the Arona will work.

It expects third-quarter chip supply to be “very volatile and tight,” a spokesperson told Reuters, and its largest plant in Wolfsburg, Germany, will reopen on Monday with a single shift. Meanwhile, its plant in Navarra remains in ERTE until the end of the year. Audi, the group’s ‘premium’ brand, has extended the holidays in its two German factories for a week.

Stellantis, the group that emerged in January from the merger of Fiat and Peugeot Citroën, has communicated this week to the unions that it will stop the two lines of its Figueruelas (Zaragoza) factory from August 22 to 26. In Vigo it will also stop, from 23 to 29. Before the summer it approved an ERTE until the end of the year in both factories, as did Renault, in this case for its factories in Palencia and Valladolid.

This is how the First benches remain: conservatives, laureates and Spain brand