The Champions ‘helps’ the future of Real Madrid 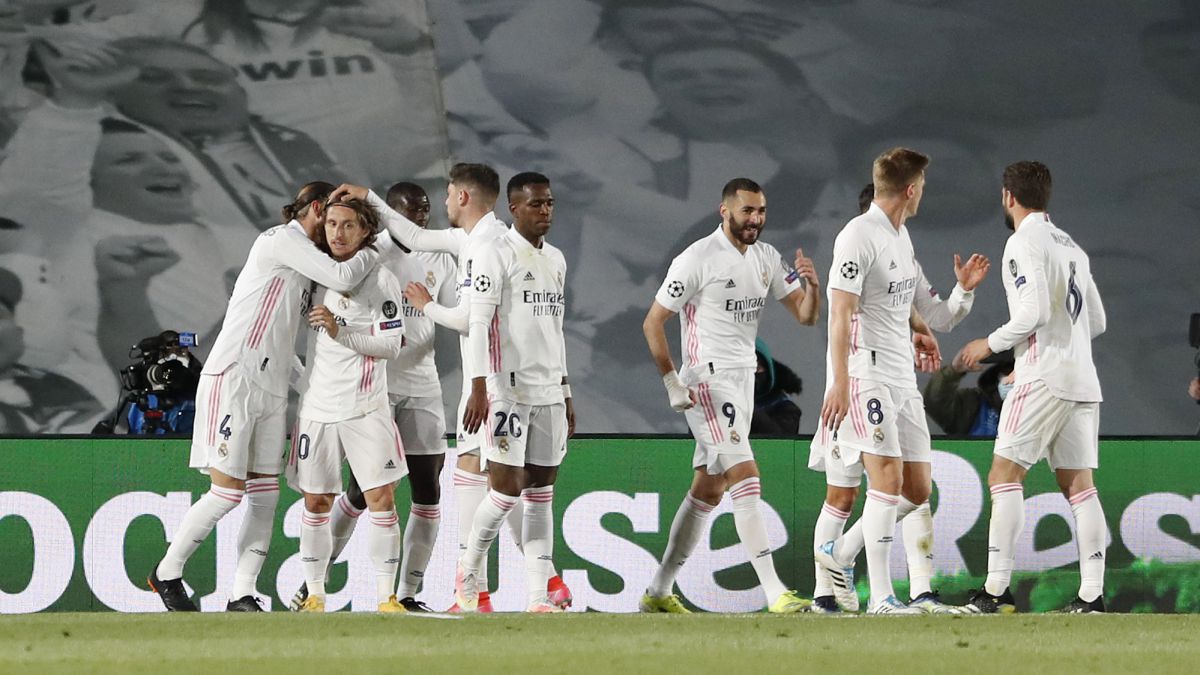 Objective accomplished … economically. Real Madrid are still five steps away from reaching the Fourteenth, but qualification for the quarterfinals of the Champions League places the Whites in the first flying goal that the club had set this year in Europe. With the 10.5 of the UEFA prize for reaching the quarters and the part that will correspond to the market pool, Madrid is around 100 million euros in earnings (about € 100.68 M, considering a prudent estimate of the market pool) in this edition of the highest continental competition.

The entity had a budget for this fiscal year 91.7 million in income from “friendlies and international competitions.” A game that, without an international preseason tour, this year will stick to the mana coming from the Champions, where he contemplated, at least, reaching the semifinals. It is not only a relief for the club’s coffers, battered by the pandemic, but also an aid to undertake signings next summer. Y Madrid can still earn more than an additional 30 million that, although by themselves they do not give to undertake a signing of bells, they can give support when it comes to putting up with an extra expense.

The current system of distribution of prizes of the Champions irrigates Madrid with 50.7 million euros for the mere fact of participating in the group stage. The 32 teams in the league each receive a fixed of 15.25 million euros. To this, we must add the part that corresponds to them of the 528 million that are distributed according to the results in the last ten years and the historical record in European competitions. Madrid, with 380 points, is the undisputed leader of that ranking (it takes 62 points from Bayern), so the whites correspond to 35.45 million of that distribution.

Nevertheless, group stage loot has been ‘modest’. Of the almost 17.5 million that Madrid would have pocketed with a full of victories, the three victories and the draw achieved in the first phase bring him 9.71 million euros. Each draw is paid at 900,000 euros and victories at 2.7 million plus a small variable from the money that is not distributed in draws (about 237,000 euros for each victory this season). The double setback against Shakhtar cost Madrid almost 5.9 million euros. Bayern and City, for example, have pocketed 15.58 million thanks to their five wins and a draw.

20 million for the crosses and another € 31 million at stake

What’s more, the team that lifts The Orejona has another bag of 4.5 million waiting for him next season in the European Super Cup. Each finalist gets 3.5 million euros and the champion one million more bonuses.

The Champions distributes prizes for another concept: the call market pool. A game of 292 million euros that is distributed among the teams in each league based on the weight of the television market for each country. Although the amount varies according to the origin of the teams participating in the group stage,In a prudent estimate, Spaniards are responsible for distributing approximately 10%: 29.2 million euros, pending the calculation that UEFA makes official once the season is over.

Of these, half are distributed based on the league ranking in the previous season. Madrid, as current champion, is responsible for 40% of that half: about 11.68 million euros, in a downward estimate. The other half depends on the number of games played in the edition of the Champions League in question. Madrid, waiting to see at what point its participation ends, will take between 8.5 and 10 million euros for this concept, depending on how far it goes.

The coronavirus crisis also touched UEFA. The European confederation informed the member associations that the modification of the format of club competitions last season had an impact of 606 million euros, as reported The Times. In the absence of official confirmation (UEFA has not yet released last season’s cast, which under normal circumstances it used to do in November or December), The British newspaper reported that UEFA’s plans to alleviate these losses involve adjusting the prizes for the next five seasons at the rate of reducing the prizes by 4% each campaign. In the case of Madrid, that would translate, for now, into four million less in this edition.

Football Helmarit, who has overcome the pressure of the European Championship qualifiers, is finally allowed to develop the game in peace – “These are valuable opportunities because we don’t have stress”